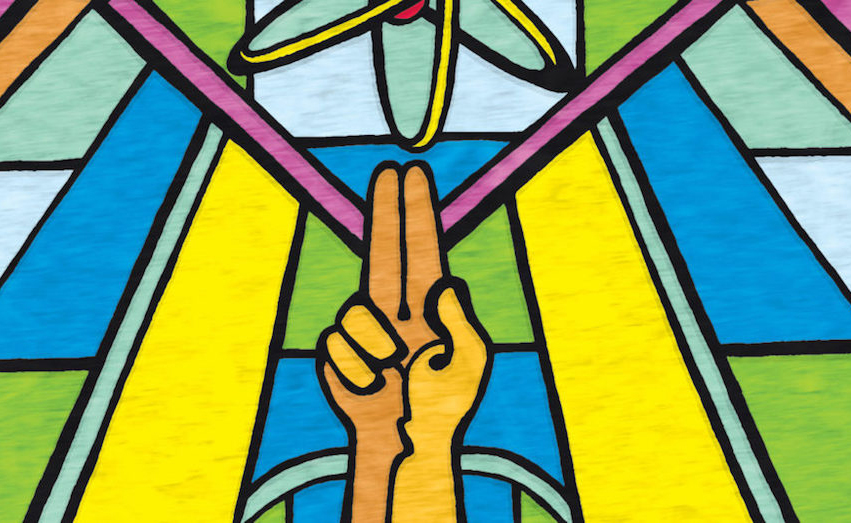 This article is part of a collection of stories that ask: Does God Exist? To read the others, go here.

Faith and science may seem irreconcilable or at least an odd couple. That’s why the two subjects were selected as this year’s theme for the Center for Interfaith Relation’s Festival of Faiths.

“We like to reframe conversations,” said Sarah Riggs Reed, managing director for the Center. “And, oftentimes, the most popular ones are the ones that are most divisive.”

In the past, that has meant the Festival of Faiths has focused on gender and faith and nonviolence and faith. It is all part of the Center’s goal — to unify various religions, expand their influence in society and show that science and faith can go together. The festival’s full title is “Sacred Cosmos: Faith & Science.”

The center recruited leaders in faith and science to speak at this year’s festival. They include Vivek H. Murthy, former U.S. surgeon general appointed by  Barack Obama, and Katharine Jefferts Schori, former presiding bishop and primate of the Episcopal Church of the United States (who also is an oceanographer).

They and 21 other speakers and performers will explore issues such as the moral duty to fight climate change and the plague of mental health issues from the perspective of mind, body and spirit. Each day of the festival, which runs April 24-27, will open with a free religious practice, such as a centering prayer or qigong (sound healing). (Go to page 13 for more information.)

If you go to the festival, you might find yourself feeling enlightened after listening to experts discuss faith and science in harmony.

“When you hold those together, there’s a whole line of thinking that opens up to you,” Reed said.

How to go to Festival of Faiths

Single-session tickets are available, as are festival passes, which include special access to every session, pre-festival workshops and evening receptions. Tickets can be purchased at kentuckycenter.org, the Kentucky Center box office and by calling 584-7777.

This year’s festival explores science through the lens of faith, with such themes such as: loneliness and connection, the climate crisis, healing and resilience and the nature of reality. Talks will be interspersed with spiritual practice sessions, music, art and spoken word, as well as workshops and discussion circles. Other highlights include a free interfaith celebration at the Kentucky Science Center to kick off the festival at 5:45 p.m. on Wednesday, April 24.

After-hours entertainment includes a Thursday evening performance and discussion on the “Roots of Connectedness,” curated by Kentucky musician Ben Sollee and UofL Depression Center Director Jesse Wright; and a Friday evening performance by Brooklyn-based singer-songwriter J. Hoard, National Sawdust artist-in-residence, who won a Grammy for his work on Chance the Rapper’s last album.

The festival is organized and supported by the Center for Interfaith Relations.

For more information, go to: festivaloffaiths.org

Richard Davidson — Psychologist (and friend of the Dalai Lama) who studies emotion and the brain.
Cynthia Bouregault — Modern-day mystic who cofounded the Center for Action and Contemplation.
Lisa Miller — Psychology professor who studies the “science of spirituality across the lifespan.”
Vivek Murthy — 19th U.S. surgeon general who talks extensively about the “epidemic of loneliness.”
Woman Stands Shining (Pat McCabe) — Navajo mother, activist, artist and ceremonial leader.
Naweed Syed — A devout Muslim who was the first scientist to connect brain cells to a computer chip.
Katharine Jefferts Schori — First woman to be elected presiding bishop of the Episcopal Church.