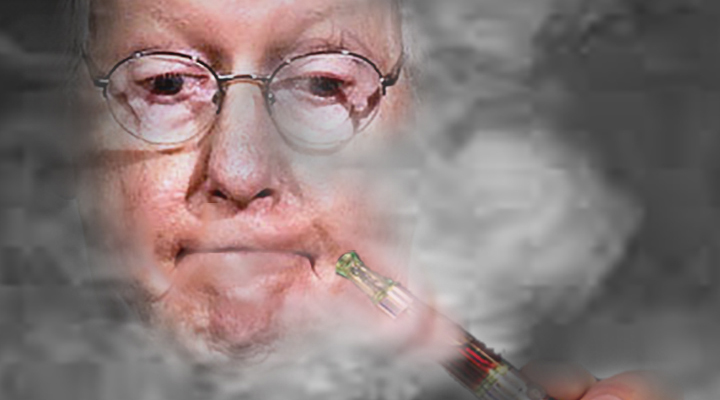 Cigarettes, tobacco and vaping products could be sold to only people over 21, under a proposal U.S. Sen. Mitch McConnell announced Thursday.

The Kentucky Republican said the increase in young people who are vaping tobacco pushed him to propose the legislation.

“For some time, I’ve been hearing from the parents who are seeing an unprecedented spike in vaping among their teenage children. In addition, we all know people who started smoking at a young age and who struggled to quit as adults. Unfortunately it’s reaching epidemic levels around the country,” McConnell said in a statement.

The legal age in Kentucky is 18.

Read LEO’s story on how Jefferson County Schools are scrambling to control vaping among their students.

McConnell said his legislation will be “similar” to the current system, whereby retailers must verify the age of anyone buying tobacco products. “We’ll just raise the age from 18 to 21,” he said.

He said his bill was guided by legislation in 11 states that raised the purchasing age of tobacco products to 21. “For example, my bill will include an exemption for men and women who serve in uniform, similar to state T21 laws,” he said.

McConnell announced the legislation at a news conference with Ben Chandler, former U.S. representative for the 6th District and now president and CEO of the Foundation for a Healthy Kentucky.

“There’s no time to waste in addressing the surge in youth vaping that’s inundating schools throughout Kentucky and the nation with a nicotine-packed product that threatens to damage our children’s brains and addict them to tobacco for the rest of their lives. Raising the legal age for sales of all tobacco products from 18 to 21 is key to stemming the youth vaping epidemic,” Chandler said in a statement.