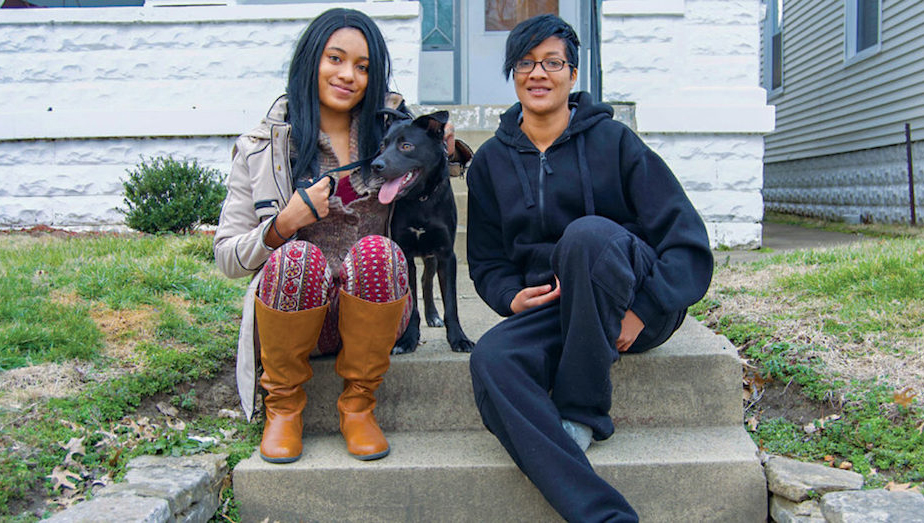 “I feel like everybody should familiarize themselves with mental health awareness. Oftentimes, it’s looked at as a stigma. People want to put mental illness in this box, but it affects more people than you know. I’ve had it happen to me. I didn’t know anything about it, and then it was like, ‘Boom!’ And then I had to play catch-up. I think it’s something that everyone should learn about because you never know when you’re forced to deal with it. It could be you, a sibling, family member or anybody. It’s always good to have the knowledge instead of always trusting everything the doctor is telling you. Sometimes, doctors will tell you that your kids have this and need to be put on that. That’s not necessarily the case, but when you’re more informed, you can listen to the doctor, knowing your child and acknowledging that your child may suffer with mental illness or not. It’s better to be informed than to be ignorant. I think that’s how we get ourselves in a bind and caught up in the system because we’re unaware and not informed.
We should get familiar with it. A lot of times, it’s hereditary. If we’re out here having babies, you don’t know each other’s history, and it can be genetic. If we don’t know the first thing about it, we’re not going to be thinking about genes and where mental illness comes from. We won’t worry about it until it’s too late. I think it’s important because if you do have a family member or somebody does have a mental illness, you want to be able to help them. You don’t want them to be out of sight, out of mind, because that’s not fair, and they can’t help it. When you’re informed, you can help people that may be challenged with mental illness. You can share that information.”
—Ivory (right).

“I feel like everyone should pay attention to mental health because there’s more cases than you know. I think that it gets overlooked. It’s just important to keep up with your mental health. It’s important for the black community to take it seriously. I have bipolar depression, and I had let it get out of hand. If I let it get out of hand, it’s hard to get control of. I feel like if the community, or anyone, is aware of their mental health, it’ll save them in the long run. It can be scary if you don’t get ahold of it. It’s kind of overwhelming once you get to the state of mania and trying to come back to normal. It’s just hard when it gets out of control. Being aware is very important.” —Erriona (left). •

West of Ninth is a Louisville photography blog, westofninth.com, by Russell residents Walt and Shae Smith. They see the value and potential of all West Louisville’s nine neighborhoods. Equipped with a Nikon DSLR, recorder and the ability to never meet a stranger, their goal is to shed light on what makes West of Ninth the greatest.