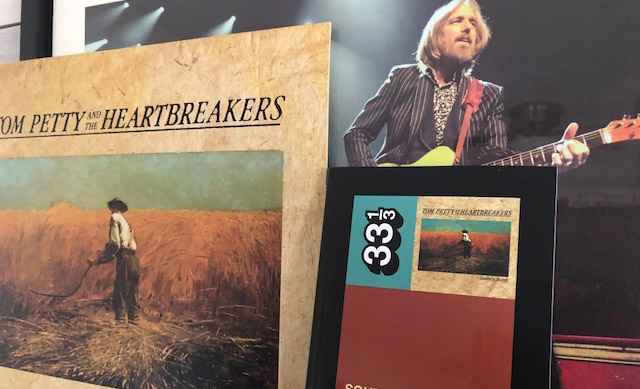 “There’s a Southern accent, where I come from / The young ‘uns call it country / The Yankees call it dumb.” So the late Tom Petty sang at the beginning of the title track on the album Southern Accents — recorded with his band the Heartbreakers. The 1985 release contained the hit “Don’t Come Around Here No More.” Still, it was considered a critical flop. And it was also a low point in Petty’s career choices. The singer-songwriter — who was from Gainesville, Florida, and later refashioned himself as a Californian — prominently used the Confederate flag during the record’s tour. In Michael Washburn’s new book for the 33 1/3 project — a series of insightful, deep dives into albums — he confronts the conundrum that swirls around Southern Accents. A Louisville-born-and-based writer, Washburn is speaking with Amanda Petrusich, a New Yorker staff writer, about the excellent book at Monnik Beer Co. on Thursday.

LEO: At one point, you call Southern Accents ‘incoherent.’ Why, then, write about it?
Michael Washburn: I think it’s interesting to think about an attempted masterpiece that failed, as opposed to something that’s iconic — a general-consensus great one. Petty was striving to move himself to the next level of artistry, and he didn’t stick the landing. Part of the reason that he failed was aesthetics. Part of it was narcotic. They were doing a lot of drugs, and he and the Heartbreakers melted down.

It was also because of the over-use of the studio, it seems.
They were trying to embrace innovation. In particular, through my conversation with the Heartbreakers’ guitarist Mike Campbell, a lot of what drove the sound of Southern Accents was they had too many new gadgets. New pedals, access to the studio in Petty’s basement. So they got to play with all these toys, and they got to recut and rerecord things and add in different textures. They were enchanted by the technology they got to play with. So, there was the allure of the novel at the time, but there’s also the fact that it was kind of faddish. And the way they ended up doing that was embracing what was then en vogue in the ‘80s, which I think was probably a mistake.

I’m perplexed by why Petty brought Confederate symbols into the Southern Accents tour.
For him, at the time, it was the wallpaper of the South. It was an uncritical gesture. They thought it was an emblem — the logo of the South. So they just sort of adopted it. I think that’s the biggest issue I have with Petty in the entire book, and with this entire phase of his career, is the unthinking way he adopted the Confederate flag and paraded around under it. But he did later say, ‘Look, I was wrong.’ So he grew, did learn to think about that decision, and he did learn to be more empathetic.

And you were supposed to interview him before he passed.
He had agreed to it. There’s a woman who has been one of his concierges for years, and I wrote to her about an interview and she said, ‘I’ll ask him.’ She wrote back to me within two or three days and said, ‘Tom is eager to meet with you and talk about the album.’ But he was about to be going on his 40th-anniversary tour, so it would need to be after the conclusion of it. She told me to write to her in the first week of October to finalize. The tour concluded on Sept. 25, 2017. And I wrote on Oct. 2, and that’s the day the news broke that he had died — within an hour of sending that note.