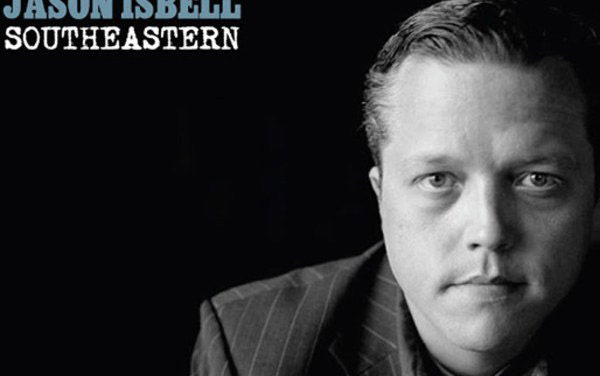 Jason Isbell’s 2013 album Southeastern doesn’t waste any time getting to its central theme. The first verse of “Cover Me Up” — the album’s opening track — wrestles with the ghosts of his volatile past, leading to a chorus that frames falling in love as a catalyst for redemption. Southeastern, at its core, is about change, and how your identity shifts with it. “Cover Me Up” gives us a backstory and a reason. It’s an earnest, reflective look into the personal life of someone, who, at the time, had recently emerged from rehab, ready to reinvent himself. Great lyrics pinch universally-shared nerves — shooting feelings and memories to our collectively similar triumphs, fears, sins and hopes. They also require a considerable amount of vulnerability. “Cover Me Up” accomplishes both.

“You don’t look real cool when you’re writing a song like that,” Isbell told music journalist Steven Hyden about “Cover Me Up,” for the now-defunct Grantland. “It’s hard to keep up a James Dean type of facade if you’re thanking somebody for your salvation. But when you’re writing the kinds of songs that I do, I think your job is to try to be as honest as you possibly can and write about those things that make you uncomfortable sometimes.”

The rest of the album’s 12 tracks follow that same thread of processing who you are, who you’ve been and who you want to be. Some, like “Cover Me Up” are autobiographical, while others string together composite characters, hard-hitting story songs and abstract juxtapositions. “Traveling Alone” is a direct statement about being tired of repeating bad habits. A 19th century robber tries to outrun his past on “Live Oak.” And “Relatively Easy” remembers that, despite bad situations and struggles, there are so many people that have comparatively been in — or currently are in — astronomically worse situations.

Isbell started his career by joining the venerable alt-country band Drive-By Truckers. He was an ace guitar player in a band of ace guitar players, a teller of gritty tales in a band that was known for telling gritty tales. After his exit from the Truckers, he embarked on a promising, yet rocky solo career that had moments of brilliance, yet struggled with consistency. Southeastern marked the beginning of a focused third act for Isbell. His songs were sharper. His points were deeper. And while Southeastern wasn’t really a concept album, it thoroughly explored a subject, carefully peeling the intricate layers of it.

Before Southeastern, Isbell certainly had a history of writing powerful songs — “Decoration Day” and “In A Razor Town” can compete with anything in his discography — but it was the 51-minutes on Southeastern that showed he had the discipline and drive to reach another level. And maybe most importantly, it had the audacity to discuss the shit that we all go through, but never really want to talk about.