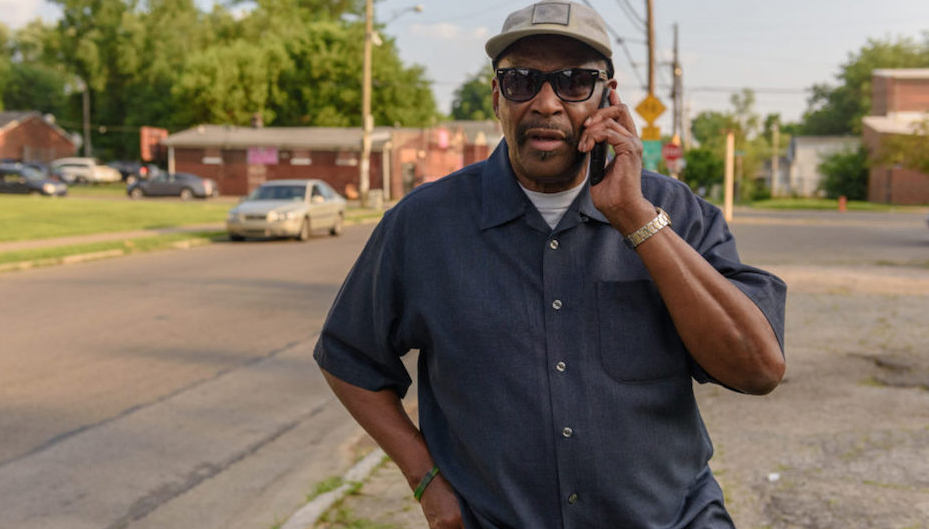 No More Red Dots has been credited with helping reverse Louisville’s ballooning homicide rate. Now it’s one of the city-funded programs that may be trimmed to help close a $35 million budget shortfall.

Started in the neighborhoods where street violence has been the worst, it employs community members to mediate conflicts that could otherwise lead to deaths.

The program does not seem to face extinction, although Mayor Greg Fischer had included it on a list of cuts that he warned Metro Council members would be necessary if they didn’t pass his insurance premium tax.

A line item on the list calls for closing No More Red Dots’ headquarters and cutting its employment to 11 from 22, thereby saving $500,000.

“People could die” because of cuts to the program, said Metro Council President David James. James is a former police officer, and he voted for the tax increase.

“We should do everything that we can do to spare public safety programs in our communities as much as possible,” he said. “But because of the large amount of cuts that we have to have, $65 million [over four years] that’s going to be very difficult if not impossible.”

Some opponents of Fischer’s tax proposal called the list of potential cuts a scare tactic, but other council members have said that every program is vulnerable.

The budget reductions have already begun.

On April 5, Fischer announced that the city would not open four pools this summer. He also said public employees can expect higher health insurance premiums and possibly no cost-of-living raises; the city will re-examine its contract with ShotSpotter, a gunshot detection technology; and the June class of police recruits has been canceled.

Fischer is due to submit his budget proposal to the Metro Council on April 25, and it is expected to contain reductions from the earlier list. The council then will hold hearings on the mayor’s spending plan, which the council can revise before voting on it.

“The mayor does not want to make any of these cuts,” said his spokesperson, Jean Porter, “but we have to balance our budget facing a $35 million shortfall, driven largely by the increased state pension obligation.”

Eddie Woods, the director of the program, said that the city cuts would lead him to lay off half of the staff. He believes they would continue to work for the program as unpaid volunteers, but that’s not ideal.

“Dangerous” because his employees might be distracted while working, which includes trying to defuse potentially violent situations with people who may be armed. Woods’ interrupters respond to violent crimes, try to find out what happened and see if they can prevent further confrontation. Sometimes, they get called before a crime can be committed.

In his role, Woods has investigated cases, including a pregnant woman who was jumped (a case of mistaken identity, it turns out). Another interrupter told LEO in 2017 that he had once stepped between two people who were fighting in order to prevent a shooting.

“We’re not the kumbaya unit. We’re the in-the-trenches unit,” Woods told LEO. “If I were running the whole show, then I think there wouldn’t be any cuts to anything that’s actually getting results.”

In addition to hiring, the city’s money allowed Woods to open a headquarters in Portland, where the group conducts mentoring sessions and comes up with new strategies for preventing violence, such as a basketball league to bring together gang members and foster peace. They’re working on two new programs for the same people: an arts initiative and an aquaponics garden that could help them make money in other ways.

The mayor’s list of budget cuts called for the closure of that headquarters, but Woods said he couldn’t do that and would have to find ways around it, possibly by shutting down the program’s only other location in Shawnee.

Of course, police strategies and other efforts by the city are thought to have led to the decline, but a city official overseeing neighborhood safety said No More Red Dots was part of that.

The city’s violence intervention program, including No More Red Dots, was responsible for reducing shootings by 18 percent in the Shawnee, Portland and Russell neighborhoods from September to February 2018, he said.

The Chestnut Street YMCA also has a violence interrupter team, and a third program operates at the UofL hospital, counseling victims.

At least one council member has publicly cast doubt over whether the Office for Safe Healthy Neighborhood’s violence intervention efforts have been effective.

“In the public safety meeting discussing the Office of Safe and Healthy Neighborhoods,” tweeted Councilman Anthony Piagentini on March 27, “LMPD data shows an over 20% increase in shootings from 2017-2018. It doesn’t seem like this is working.”

Abdur-Rahman said that Piagentini’s numbers represent the entirety of Louisville, not the neighborhoods that his office has targeted.

Throughout the discussions of what should be cut, council members have said that public safety funding, above all else, should be preserved. After they voted down Fischer’s tax increase in March, “no” voting council members scheduled a press conference during which they asked the mayor to come up with alternatives to cutting police numbers and fire and emergency services — all of which he included on his list.

Abdur-Rahman said cuts to No More Red Dots would be “just as bad, if not worse” than cutting funding for the police.

The $35 million budget hole already is leading to difficult decisions.

For instance, Abdur-Rahman was the person who recommended to the mayor that No More Red Dots be eliminated to save other anti-violence services.

His office oversees two kinds of violence intervention programs, those that are community based like No More Red Dots and those that are hospital based. He said he knew that he had to keep elements of both the community based and hospital programs intact, and his office was spending the most money on the No More Red Dots program. So that’s where they recommended cuts.

If, in the end, the council and mayor ask for cuts within the Office for Safe and Healthy Neighborhoods, Abdur-Rahman said he would once again have to recommend slices to No More Red Dots.

Woods is matter of fact about the prospect, bolstered by the importance of his work.

“We have done it with no money before, so, you know, it wouldn’t be an optimal situation,” he said, “but if we had to go back to doing it that way, that’s what we’ll do.” •

Be heard on the budget

If you have ideas about what should be cut or spared, the city has created a public comment form to submit ideas for the budget. It can be found at louisvillky.gov.