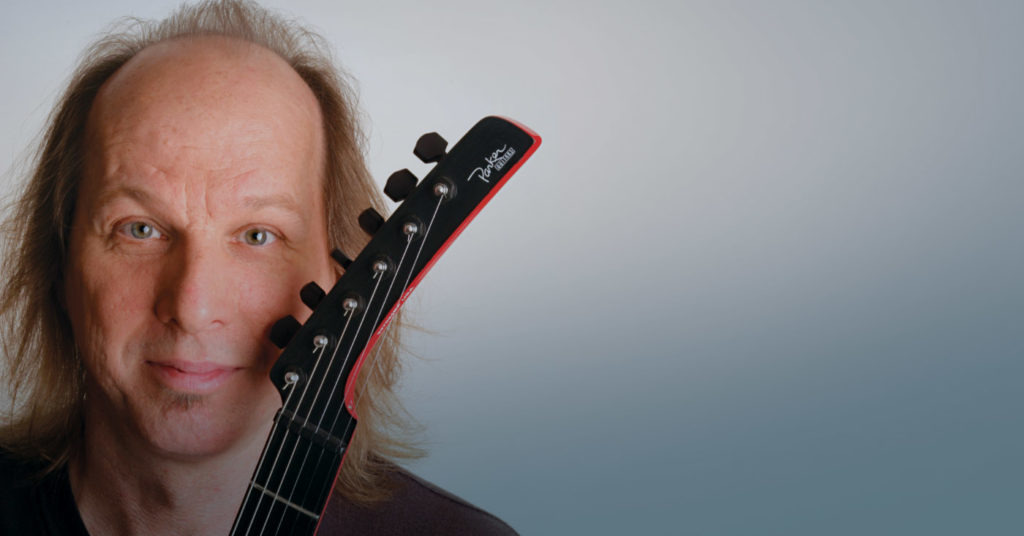 Although not often mentioned along the litany of famous Kentucky born personalities, Adrian Belew, former frontman and guitarist for legendary math rock outfit King Crimson, has Bluegrass blood pumping through his veins. “I’m actually, officially, a Kentucky Colonel now,” Belew told me proudly, chuckling. “Which I guess means I get free chicken from now on. I’m not sure.” Free chicken or not, the Grammy-nominated Belew, who has spent a vast career working with the Iikes of Frank Zappa, David Bowie and Nine Inch Nails finds himself back in Kentucky once more this Friday.

While it hasn’t been all that long since Belew last performed in Louisville, he promises a completely different experience. “I want to make one thing clear: people shouldn’t be expecting the same thing,” he said. “Last time we played, we were a trio, the Adrian Belew Power Trio, but we’ve added a fourth member. We’re able now to do a lot broader scope of my material throughout my solo career, King Crimson and stuff I’ve done with other people. There’s 28 songs, and 14 of them we’ve never played before.”

Belew has also recently released Pop-Sided, a collection of tunes that he said are his version of pop songs, which, to him “is anything from between The Beatles and King Crimson.” The album is only being sold at his shows for now.

“I think it’s the best songwriting record I’ve done in a long time,” he said. “There’s a lot of experimental stuff going on, but it’s really, basically, good three-four minute songs. People say it’s my kind of pop music.” Belew paused and then scoffs at himself for saying that. “Well, I hate to call it pop music even. The definition has changed so much. I don’t even know what it means in the modern day.”

Adrian Belew will perform at Zanzabar on Friday, April 5. $30.