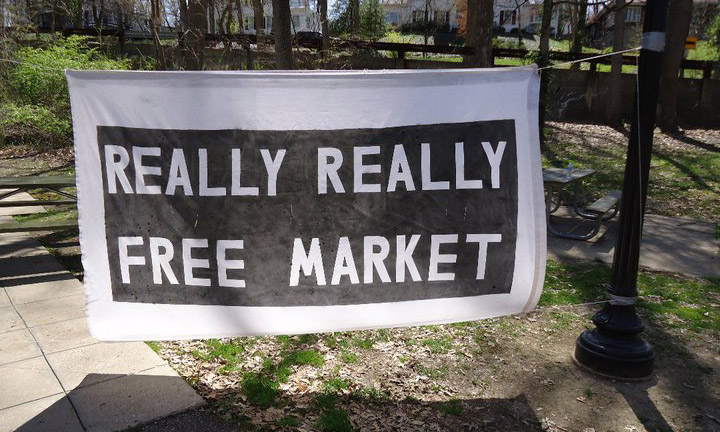 Really Really Free Market will be at Joe Creason Park.

Farmapalooza
Iroquois Urban Farm
Free  |  noon-2 p.m.
Before you go gaga over fireworks at Thunder Over Louisville, stop by the Iroquois Urban Farm for an afternoon of music, food, nature play and volunteering. There will be pizza roll-making and opportunities to chat with farmers, all hosted by Hope Community Farm and The Food Literacy Project, which is transforming the former Iroquois Homes public housing complex into a hub for hands-on learning about healthy foods.

Who Killed Will? Murder Mystery Event
South Central Regional Library
Free  |  noon-2 p.m.
William Shakespeare is dead! I mean, he’s been dead for a few hundred years, but in this murder-mystery scenario, he’s newly dead! Find out whodunnit by interrogating his colorful characters. Create your own persona to do it.

‘Danseur’
Speed Art Museum
Free  |  12:30-2:30 p.m.
Ballet is seen as a perfectly appropriate activity for girls, but not so much for boys. Why is that? The question will be explored in a screening of the documentary “Danseur,” about the very subject and a panel discussion featuring Louisville Ballet Artistic and Executive Director Robert Curran, company dancer Mark Krieger and Ben Workman, a 12-year-old Louisville Ballet School student. Louisville Ballet is is presenting the film in collaboration with Speed Art Museum and Louisville Film Society. Admission is free as part of Owsley Sundays.

Spring has Sprung Really Really Free Market
German-Paristown park
Free (duh)  |  2:30-5:30 p.m.
Out to prove capitalism is unnecessary, this anarchist-organized market offers everything for free. Bring what you want and take what you want, from tangible items such as food and books to experiences such as crafts and music. No bartering, money, trade or renumeration of any kind is allowed.