Nearly 100 years ago, John Steinbeck wrote “The Grapes of Wrath,” a fictionalized account of what he witnessed following migrant laborers in the American West. The passage from which the book derives its name reads:

The works of the roots of the vines, of the trees, must be destroyed to keep up the price, and this is the saddest, bitterest thing of all. … [T]he smell of rot fills the country. Burn coffee for fuel in the ships. Burn corn to keep warm, it makes a hot fire. Dump potatoes in the rivers and place guards along the banks to keep the hungry people from fishing them out. Slaughter the pigs and bury them, and let the putrescence drip down into the earth.

This is just barely fiction. In 1933, at the height of the Great Depression, the Roosevelt administration slaughtered more than 6 million pigs and destroyed millions of acres of crops to drive up prices. This was during a time when Americans were actually starving to death.

Today, there is enough food for every person in the world to consume 2,800 calories a day. In 2017, The New York Times reported that the United States wastes over $160 billion — 52 million tons -— in food every year. That’s more than 40 percent of what is produced.

And yet now, as then, even with all this excess, there is still hunger gnawing at the edges here in the Midwest. There are hungry people of all sorts — kids, single moms, veterans, senior citizens, people with disabilities, people who work multiple jobs, entire families. Many of us don’t think much about hunger and scarcity because we’ve never had to. But when you look for stories of hunger, they are there in abundance.

Kim in Indianapolis said: “If I can’t get to most pantries the day and time they are scheduled, I am screwed. I honestly depend on my friends’ kindness whenever I get food that is good. I only make $790 a month on disability, rent is $560, phone is $100, and then toilet paper, shampoo, conditioner, etc.”

Will (not his real name) in Noble County, Indiana recalled: “We used to have spans of time in which we would only eat soup. More notable, however, was the fact that when my dad got cancer, we lived for such a long time on donated food.”

Margaret (not her real name either) in Louisville has professional training and works multiple jobs. She said: “Often over the past year, I typically have 30 or 40 bucks a week for gas and groceries. Healthy food and produce is a luxury. I am always thinking: save that for tomorrow. Growing up, it was like that too. We were near poverty, and I know my mom worried constantly. She stole groceries more times than I can count, with three little girls in tow.”

Thankfully, there are few stories of actual starvation today (or if there are, we don’t hear them). But the principal injustice of the thing remains: How, when there is so much to go around, can there be so much want?

The states aren’t much help. People may qualify for nutrition assistance, but SNAP is a program that is designed to be difficult to keep up with. The administrative red tape associated with getting food is a barrier to keep out people who, to paraphrase U.S. Rep. Thomas Massie, don’t “have a right to food.” Indiana could wipe out hunger for about $400 million dollars but — alas! — the budget surplus is only $1.8 billion, and that money will be needed elsewhere (say, for example, to fight expensive lawsuits over trashpandering bills that outlaw abortion and criminalize peaceful protest).

So, the real question, as always, is: What can regular folks do? As with many needs in the rust, corn and Bible belts, good people are trying to fill the void left by apathetic legislators. These people give food to those who ask for it without expectation of payment, labor, fealty, political support, a Social Security number or prayers to whatever kind of deity would let people go hungry in the heartland of the richest society in human history.

Michelle Waugh Dahl is one of those people. She started “Michelle’s Little Free Pantry” in her front yard in Franklin, Indiana. “I set a wooden cabinet outside my home with four cans and a roll of toilet paper in it. I made a Facebook page and waited. And people came. And went. And came and went.” Two years later, she and two friends are running a 501(c)(3). They give food to people who “may be working, but not making enough to cover groceries. They may have kids on spring break, fall break or summer break and not have access to the school lunches upon which they rely. They may have SNAP benefits, but it may not cover the appetites of growing kids. The pantry has helped many families in need, some in crisis and some at the end of their rope. There are no sign-ups, no fees and no questions asked. It can be completely anonymous, as it’s self-serve, 24 hours a day. It’s a small setup, but it has helped hundreds of local families in need.”

If this inspires you to follow in Michelle’s footsteps, you can. She isn’t wealthy, and this isn’t just a solution for the well-off. “I have put very few items in the pantry myself. We have relied solely on community donations. I have found that most people want to help. Most people want to do something good for others. They just don’t know how or have the time. The pantry has just become the vehicle to get their donations to those who need it.”

I heard a few stories like Michelle’s from all over the region. People perceive a need in their community and give a little slice of themselves to feed that need. There are bigger nonprofits doing important collecting and distributing, but they can only do so much. It is difficult to imagine how the less fortunate in some places could get by without folks on the ground to assess their needs on a day-to-day basis.

But that isn’t the point of this column. The point is, whatever you do to help, don’t forget that in 2019, hunger should not be an issue at all. Hell, it shouldn’t have been an issue when Steinbeck wrote of it nearly 100 years ago. And yet, no matter how much we produce, consume, waste or give from our own pantries, somehow there is hunger. 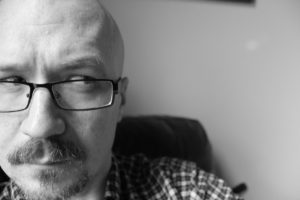