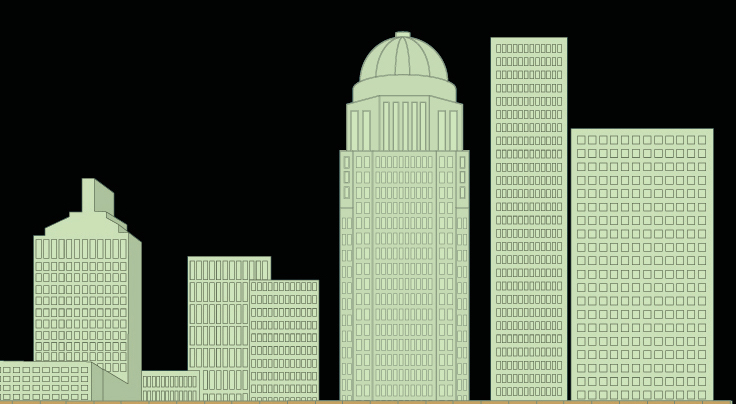 Our Metro government powered by 100% renewable energy in 2030.

All of our buildings, also completely energy efficient.

Until then, no new fossil fuel infrastructure projects allowed.

The Greater Louisville Sierra Club thought so, too. It drafted a resolution asking the city to commit to those goals.

The resolution died in March.

A Metro Council committee, overwhelmed with the responsibility of addressing the budget crisis and hesitant to support any kind of resolution, had let it languish for too long. By that time, its sponsor, Council President David James, had dropped his support, due to the possible appearance of a conflict of interest. (His wife works for a company that contracts with LG&E).

The Sierra Club has not given up.

It plans to find another sponsor to get its resolution passed, and its members are willing to tweak its demands to get it done.

The national Sierra Club has been working to encourage local governments across the country to commit to a 100% renewable future. So far, it counts 90 cities, more than 10 counties and two states that have made the promise, with six cities that have actually met their goals.

It is asking for local governments to make nonbinding commitments, meaning that they only need to promise to transition to renewables, not to immediately take action. “I think it’s very essential to stop using fossil fuels as much as possible as soon as possible,” said Drew Foley, chairperson of the local group.

In that way, it’s similar to U.S. Rep. Alexandria Ocasio-Cortez’s Green New Deal, which asks the country to commit to the idea of radical environmental goals, including transitioning to net-zero carbon emissions by 2050 and making every building in the country energy efficient.

The purpose of the Greater Louisville Sierra Club’s resolution, Foley said, was to push the idea into the public consciousness and to apply pressure on the city.

Separate from the resolution, Mayor Greg Fischer committed in December to reducing by 80% the city’s greenhouse gas emissions by 2050. That would leave the option of relying on natural gas and nuclear energy — an unacceptable outcome to Foley.

So why did the resolution fail?

Foley said he thought some council members found the goals to be too aggressive.

But it may also have been that it was nonbinding. Introduced to the council in September, it was sent to the Committee on Sustainability and Parks, where it was discussed twice. After a December meeting, it was not mentioned again.

Councilman Brandon Coan said the council has an innate bias against resolutions for far-off goals, especially when the group can work on more concrete issues.

“We can have a resolution that we all like puppies and rainbows, too, but I would much, much prefer a modest, binding ordinance than an ambitious, non-binding resolution,” he told LEO.

Coan, who is not on the sustainability committee, said he would have preferred that the resolution focus on only the city government transitioning to renewables, and he did not like the stipulation that no new fossil fuel projects could be approved.

The Sierra Club has already started to acquiesce to some council concerns. Another draft of the resolution has been drawn. This one has a new goal date of 2045 and includes more information on how its vision could be realized. The group also plans to follow Coan’s advice and focus only on cleaning up the city government’s energy sources instead of those of private companies and residents.

Their goal now is to find a new sponsor. Coan, as a renewable energy supporter, is a good candidate. He said he is willing to help the Sierra Club.

But would a resolution or ordinance pass the council, let alone make it out of committee?

In its previous form, even Foley admitted that the resolution’s chances were small. With a redraft, he thinks it could get passed.