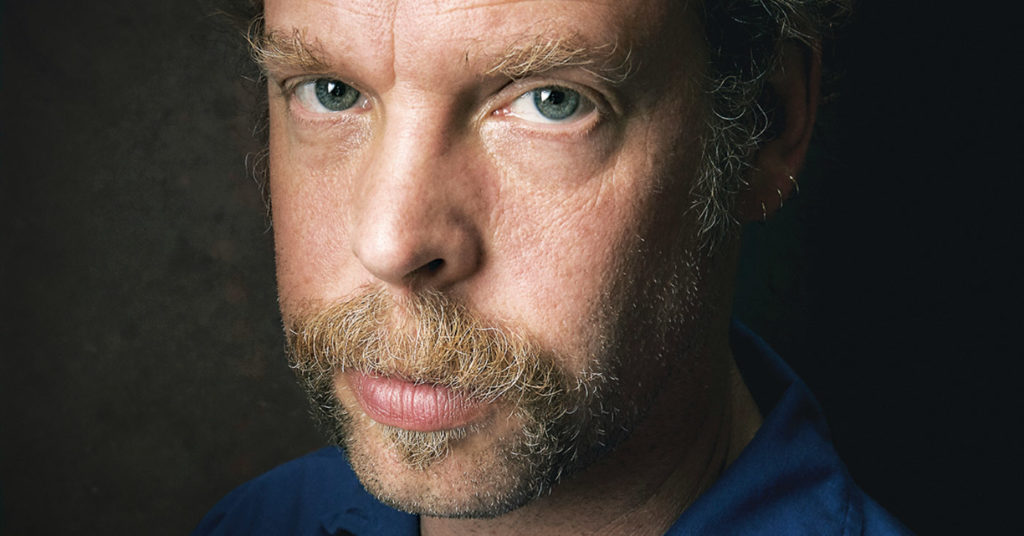 Will Oldham. | Photo by Dan Lubbers.

With the release of “Songs of Love and Horror” singer-songwriter Will Oldham (aka Bonnie “Prince” Billy) cataloged the lyrics that have defined his long and storied career into a book. That book and the corresponding retrospective album — on which he recreates his older material acoustically and sparsely — winds through his entire discography. Oldham will be at Carmichael’s Bookstore on Thursday for a Q&A and book signing. We caught up with him beforehand.

LEO: What did you learn when you were putting together this book of collected lyrics? Can you plot your own journey through the songs?
Will Oldham: Going into pretty much any given song, I think part of the process of writing the lyric has to do with trying to wipe certain kinds of specificity out of it. I imagine I might be singing these songs for a while. If it makes me super angry, or agitated, or upset at the time of writing the song, is it going to be worthless in five years? Also, trying to wipe specificity, so that a listener can more fully pull it into his or her consciousness. And that constant hope of other people singing the songs. That’s the ultimate achievement — when another singer wants to sing your song. There is a song called ‘Antagonism.’ That’s pretty specific to a certain kind of relationship, but I reset it to relationships in general. I don’t have to sing it about that anymore. It can be about confusions and distortions. I wrote ‘I See A Darkness’ in the same way. It was about a friendship, but I can sing it a thousand times without ever singing the same thing.

How do you balance the more poetic or esoteric elements of your music, and writing words that can instantly connect with a person?
It’s a delicate balance. Sometimes I try to be very explicit. But to speak really crassly, I guess, you don’t want to give the audience a bag full of reasons not to listen to the song. It’s a lot of tucking in and hiding the things that are truly more challenging and unpleasant. Being careful in your clarity, unless you want that to be a part of it. It can be turns of phrase. Growing up with the TV game show ‘Name That Tune,’ three notes in sequence can have a lot of meaning to people. I can put those three notes in this song to push that button. We’re dealing with overall song construction or line construction, especially now that everyone has so much music in their brains. You can get pretty complicated with how you load cultural significance into your song.

What inspired your song choices on the accompanying album?
Over the past five years, I’ve done a fair amount of solo performing, which I hadn’t done very much in the past. A lot of it was thinking of songs that I’d played a lot, and felt like, if I played them, that I could offer something different enough from how they had been previously available. I’d found new parts of them, new ways to play them.

In the book’s intro, you lead with the notion that you wanted to be a better singer. What made you want to be a singer in the first place?
Like many people who end up creating things for a living, I guess there was a certain amount of isolation in my childhood. The first thing that drove me batty in a good way was watching old musicals, and feeling like it’s not just connecting to a song the way you would listening to the Rolling Stones, but one that is part of a story. Being isolated, there is this sense of wanting to know how you’re connected to a larger story.  •