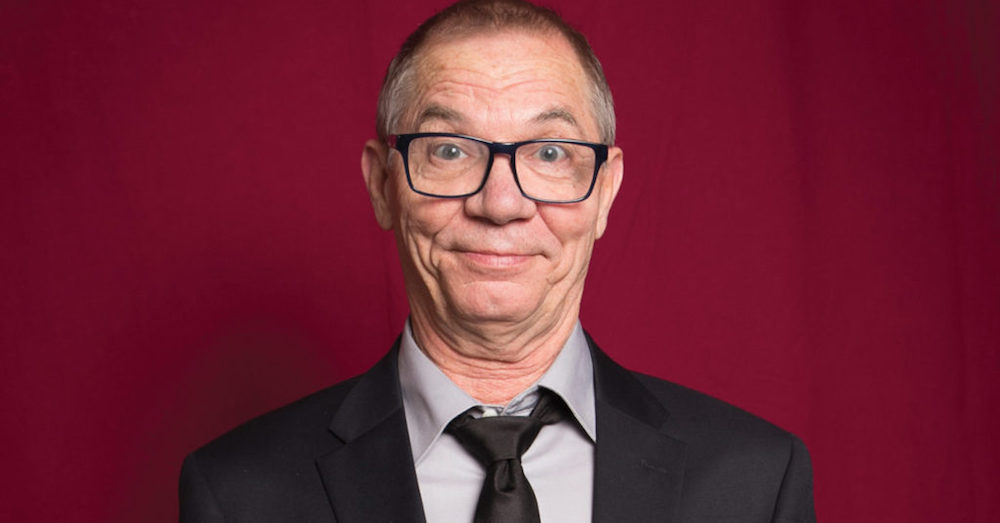 Comedian Mack Dryden spent three decades with Jamie Alcroft as Mack & Jamie. It took him around the country, including three times on “The Tonight Show” and gigs with comedy legends. “Eddie Murphy used to ride with us to gigs because we were the only comics who actually had a car in New York,” Dryden recalled. Now working solo, Dryden headlines Thursday at The Caravan with proceeds benefiting Hal Warheim Park at 1832 Overlook Terrace in The Highlands.

LEO: Why is Louisville special for you?
Mack Dryden: The people are so friendly. It’s quaint. It has everything a city has except the massive traffic jams. It was funny: When we moved here, we were used to LA traffic. We’d get invited somewhere and leave an hour early to arrive on time. We’d show up 11 minutes later and have nearly an hour to kill. Now, I realize that in Louisville, when you say you’ll be there in 20 minutes, you’ll be there in 20 minutes. Since moving here, my love for Louisville has only grown.

Tell me about why you’re doing a benefit for Hal Warheim Park.
The first thing we discovered when we moved to Louisville was this little jewel of a park in The Highlands. There’s no sign or anything. You would never find it if you didn’t know it was there. It’s just gorgeous. The late Hal Warheim donated the land to the neighborhood. Now, it’s this lovely little park. It’s everything a park should be: quiet, peaceful and part of the neighborhood around it. Plus, there are several pieces from local sculptor Joe Autry scattered around. The upkeep does require money, and that’s what I’m doing with this show — just trying to raise some money for my neighborhood park. I’m thrilled I can do something that goes to a really great cause. If you haven’t seen it, you really should.

After so many years on the road, are there any nightmare gigs that stand out in your mind?
There was one when I was still part of the comedy team. We were doing this bit that ended up with me having a wine glass in my mouth. Well, the wine glass we got from the bar was thinner than ones I was used to and broke in my mouth. For the next 15 minutes, I was bleeding from the mouth onstage, as we tried to improvise all of our best bleeding from the mouth material. It was not a pretty sight.

Having been around so long, surely you’ve bumped into some of the greats along the way.
Over the years, a lot of household names, who became much more famous than we ever did, used to open our shows or be the middle act in our show. We were in Denver, they asked if this local girl could go up. It was Roseanne. Eddie Murphy used to ride with us to gigs because we were the only comics who actually had a car in New York. He was 16. His daddy would come out and be like, ‘You’re going to have him back by 11 o’clock, right?’ We’d be like, ‘Yes sir. We’ll be here.’ Eddie was so young he couldn’t even get into the clubs legally. He’d have to sneak in through the kitchen to work onstage. In Philadelphia, Jerry Seinfeld was the middle act — we were the headliners …

It had to be surreal walking through ‘The Tonight Show’ curtains the first time?
It was a surreal experience. When we got booked on ‘The Tonight Show’ we called everyone we knew and told them we were going to be on ‘The Tonight Show.’ Literally, everyone we knew. Rip Taylor was on right before us, and he was running long. They told us they might have to bump us until the next night. Well, that was a crushing blow to us. There was no social media where you could pass that information off in an instant and let everyone know. We had all these people all across the country waiting to see us on ‘The Tonight Show,’ and we weren’t going to be on. At the last second, they came back and said, ‘You’re on in two minutes.’ We were so happy. It was like pulling victory out of the jaws of defeat.