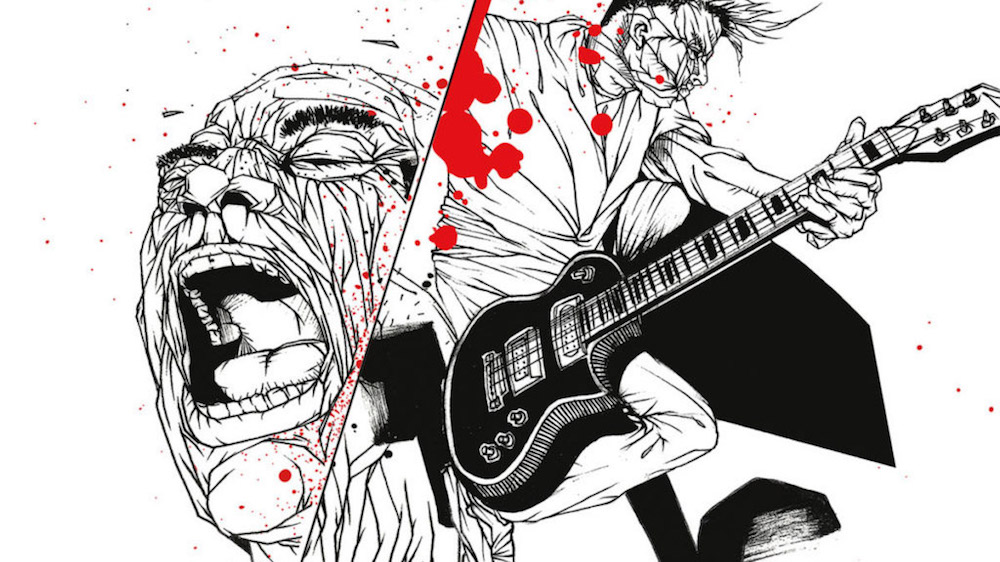 Miracle Drug — ‘Kiss It Goodbye’
Sometimes you just want to point at the sky and scream, and Miracle Drug captures that feeling. With late-‘80s/early-‘90s hardcore — full of rage and heart — the guitar work is fast and choppy, the kind of thrash punk that recalls classic Suicidal Tendencies. When the singer says, “I’m over it,” you can feel the energy that precedes the breakdown, an imminently mosh-able moment. You can feel the heat on this track, the tension and anger, making way for the narrative journey. The track transitions from intense to progressively calmer, a comparative analysis that mirrors the emotional path from fury to peace of mind.

Prayer Line — ‘Diary of a Drowning Boy’
The newest single by Prayer Line illustrates the strengths of the band in a much more subtle way than before. The vocals are provided by bassist Jake Hellman, who has a soft croon that’s outfitted with reverb here and delay effects that add to the already-haunted nature of his voice. Given the subject matter, which is about serial killer Dennis Nilsen, the track is appropriately melancholic. The solo is a synth-heavy homage to classic horror movies. As such, the track is darkly cinematic, charming in an aptly uncomfortable way. This seething — all boil and no release, making for a taut thriller.

Papa M — ‘Ray Martin’
Louisville luminary Dave Pajo — here under his Papa M alias — channels his inner Labradford for an Ennio Morricone-esque instrumental that is as stark as it is lonely. This is dour and wistful, a memory draped in blue. There is a Cormac McCarthy vibe that Pajo creates, a bleak frontier replete with shimmering guitars and monolithic bass work. This is the score to your sorrows, not to wash them away, but to help abide your pain. Pajo’s work is lean and muscular, each note hitting heavy and hard with intent and purpose.

Space Camper — ‘Needle Eyes’
Imparted by the heavy use of synths and general Pink Floyd-style atmospherics, “Needle Eyes” has a longform psychedelic bend. Spending the first half of the track in an instrumental build up, Space Camper uses a jam-leaning, world-building approach to create bold textures — a laser focus groove that realizes their vision. When the vocals kick in and the tempo escalates, it feels natural. This is a rewarding track that’s good for repeat listens, yielding new discoveries with each subsequent replay.

Rmllw2llz — ‘We Up’ (feat. Rob Lee)
The pair flex a little on haters, giving static where static is due, something that anyone and everyone can relate to. Like with “Evolution,” from his previous work, Rmllw2llz raps about his struggle in balancing making his art, with his love for family, using hip-hop as a vehicle to potentially achieve greater success and economic stability.

Zach Longoria Project — ‘The One’
Zach Longoria’s charm is not only in his voice, but the quality of his lyricism, which in this track is a love song of the highest caliber. We all have special people and things in our life, and from the opening guitar strums, bittersweet and melancholy, you can feel the weight of that revelation.