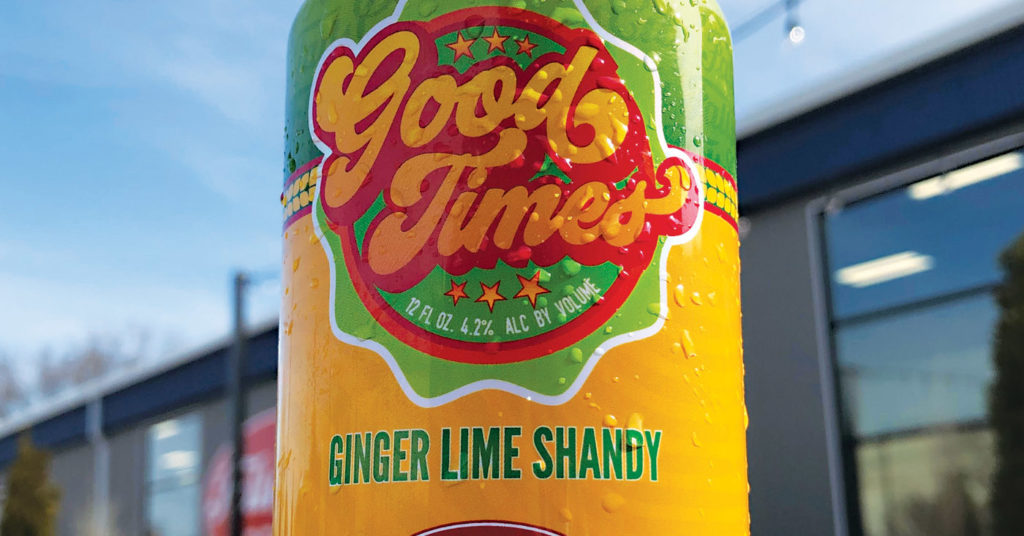 Am I the only person who is tired of cold and rain? I can’t be, can I?

Obviously, I know most of us are ready for spring. It’s time for seasonal affective disorder to loosen its grip and let us march into days of sunshine and blooms. When it will grant us that reprieve is anyone’s guess.

But one sure sign of spring, other than pitchers and catchers reporting to training camp in February, is when local breweries start announcing beer releases that don’t involve barrel-aging and big, chocolate malts. When the winter warmers begin to subside, warmer days must be on the way.

The winter warmer, of course, is one of those malt-heavy beers, often with seasonal spices such as nutmeg, cloves, cinnamon and the like. Another common characteristic is the high alcohol content, the result of fermenting all the sugars in those malts; that alcohol, especially in an imperial ale of some kind, can offer a warming finish, similar to the one you’ll find in bourbon that permeates your upper body.

That’s a fine sensation in December or January, when there’s snow on the ground and a razor’s chill in the air, but when spring arrives, we tend to want to go outside and soak in some sun, which naturally leads people toward more refreshing beverages, something crisp, easy-drinking and sometimes tropical.

Those beers are arriving now; here are a few that have been released and are about to be released that will offer some thirst-quenching freshness and flavor for when the sun finally decides to cooperate.

Holsopple Brewing Zitrusweisen: This is a wheat beer with an infusion of grapefruit and blood orange, resulting in a citrusy, clean beer. Fermented with German hefe yeast, expect a soft texture and easy-on-the-palate tartness. This one dropped March 7, so get it while it’s fresh.

Against the Grain Tropikaru Heizubiru: There’s always something refreshing on tap at the AtG pub on East Main, but here’s the most recent highlight, a hazy IPA that the brewery reports includes “cocoa pulp juice” for a nice, burnt-orange haze. Expect tropical aromas and flavors, and you can pair one with peel and eat shrimp for just $15. On tap now.

False Idol Lyra: Most of False Idol’s beers are great for quenching a spring thirst, but this one is a brand-new addition, joining the lineup in early March. The hazy IPA is brewed with Mandarina Bavaria and Motueka hops; owner and head brewer Shawn Steele says the beer will highlight “sweet tropical fruit” notes with only minimal bitterness. (I didn’t get a taste of this bright orange beer yet, but I did experience the aromas, and it smells a bit like an orchard in heaven.)

Falls City Good Times Shandy: This refreshing beer, released last week at the taproom, will be out soon in stores and is another classic warm-weather quencher. This ginger- and lime-infused shandy is a take on a European classic, starting with a blonde ale base. Citrusy tartness, zesty finish. Consider your summer thirst quenched.

Mile Wide DJ Roomba: Mile Wide Beer Co. always has a New England IPA or two up its sleeve, and the latest version drops on March 15. This version was made with El Dorado hops, which will bring notes of pear, watermelon and stone fruit to this tropical blast. And every Friday through Lent, you can enjoy it with fried fish from KingFish. (The “Parks & Recreation” reference in the beer’s name is just a bonus.)

Gordon Biersch Moist & Hazy: This New England IPA will launch at NuLu Bock Fest March 30. Brewed with a blend of Mosaic and Amarillo hops, this beer will be a session beer, likely coming in under 5 percent alcohol by volume, according to brewer Nick Landers.

Apocalypse Watermelon Crack: Sorry, but you’ll have to wait until May 11 for Apocalypse Brew Works’ highly-anticipated watermelon ale. Luckily, they’ve been making large batches the past couple of years, so there’ a good chance it will last until autumn. In the meantime, all you “Crackheads” will have to make do.

Akasha Brewing Co. announced on social media last week that, “We are brewing 3,720 pints of Fehr’s XL.” Fehr’s, of course, is the top-seller at Akasha and is about as spring and summer as a beer can get. It’s a regular in the tap lines, but it’s good to know Akasha is stocking up for the coming warmth.

This is my final go-around as author of I’d Tap That … Beer column, so farewell and cheers. It’s been a lot of fun covering the nuances of the Louisville beer scene in this column, but now it’s time to move on. No matter what, keep exploring beer styles old and new, and always tip your bartender well.•

[Ed. note: It will be hard to replace Kevin, but we will try. LEO will continue beer-scene coverage with I’d Tap That… Beer, so please check back.]