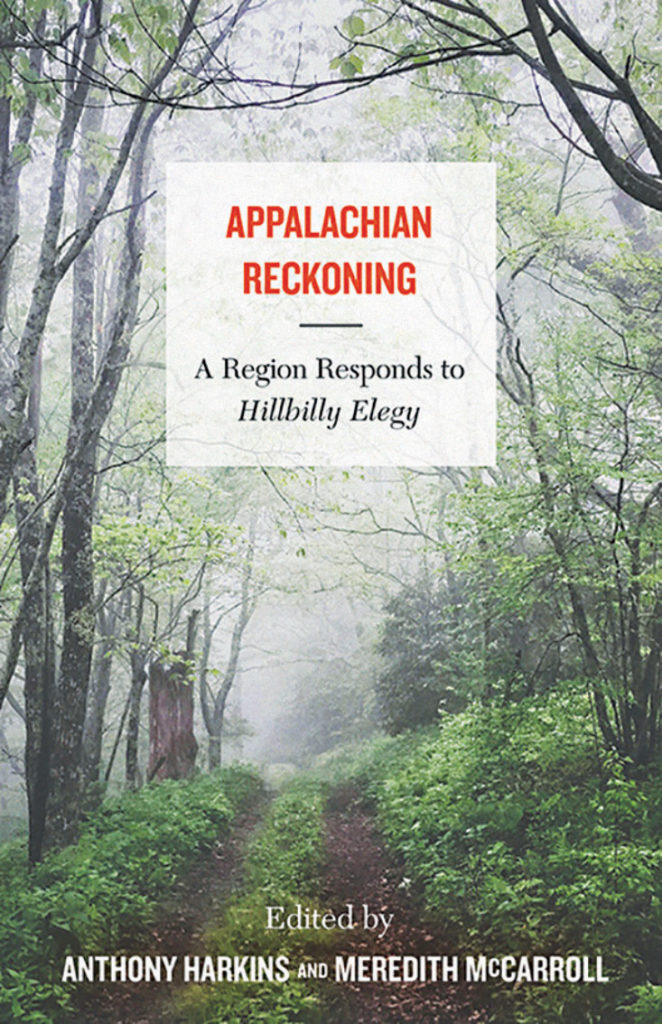 Can one book paint a picture of a region with such a slanted broad brush toward social problems that the region’s creative and academic thinkers rise up in collective response?

Appalachia’s people have gone through many decades of being tarred and dismissed. Whether from the bestseller list or on a movie screen, stereotypes still seem to resonate more than any number of voices speaking objectively from within the community.

When J.D. Vance’s “Hillbilly Elegy: A Memoir of a Family and Culture in Crisis” came out during the height of the last presidential campaign, it was scooped up by many who were looking to understand a confusing moment in American history. From the declarative title to the gripping saga of Vance’s raising (in Kentucky and Ohio) and eventual hard-won triumphs, and then to his prescriptions for how more Appalachians might achieve his vision of the American Dream, this is one self-confident book.

But is it giving Appalachia a fair shake, or is the book skewed to suggest that Appalachian regional issues will improve only through a dose of the author’s favored brand of economic snake oil? Ever since Vance’s tome arrived in 2016, it’s been looked at carefully by sociologists, Appalachian Studies academics, community organizers and activists—and many of them aren’t fans. West Virginia University Press recently published “Appalachian Reckoning: A Region Responds to Hillbilly Elegy” wherein 40 contributors directly or indirectly address Vance’s bestseller and its attendant success, via academic and personal essays, poetry and photography.

As stated in the “Reckoning” introduction, “A good way to quiet one voice is to add other voices to it…the narratives collected here give voice to a broad range of Appalachian writers who, just by sharing their stories, complicate the narrow story often told about this place. These stories defy the limited Appalachia that Vance sells in his book.”

Dr. Anthony Harkins, a Western Kentucky University history professor and one of the book’s editors, will be at Carmichael’s Bookstore this week with four “Reckoning” contributors. On the phone with LEO, Harkins traced this responsive work’s somewhat convoluted genesis: “The project started as a panel at the Appalachian Studies Conference a couple of years ago. I was interested in seeing what the reaction to ‘Hillbilly Elegy’ was, and I reached out to some people I knew and some people [I saw there]. So that formed the core group—and then we extended out…My co-editor, Meredith McCarroll, had collected and organized her contributors, which weren’t speaking directly to ‘Hillbilly Elegy’ but more what it was to be Appalachian. … We were trying to have a wide range of contributors — academics and non-academics, younger people and older people, different regions.”

Speakers at the Carmichael’s event will include some of the most fiery of Vance antagonists in “Reckoning.” Regarding Ivy Brashear and Dwight Billings, Harkins said, “They were part of the original panel, and obviously have very strong opinions about ‘Hillbilly Elegy’ and also about its usages…both [Brashear and Billings] speak to the kind of pain that they felt reading that book. But also the way it gets used to reinforce stereotypes about the region, and present the sort of singular vision of it rather than its complexity. Ivy speaks as a young person working to improve the community, the ways that book erases the reality of her story. Dwight speaks to the way the book’s used politically to frame the whole Appalachian region as a monolith that all votes in block and that doesn’t have the possibility of progressivism within it, or political diversity.”

Brashear doesn’t hold back at all in making her case: “Vance makes broad generalizations about class and wealth, insinuating that everyone living in the region lives in poverty, or among some mythical ruins of working-class life…He paints the region white, completely erasing the economic and cultural contributions and existence of Appalachian people of color. And perhaps most glaring of all, he blames the people of Appalachia for the economic and social problems they now face, which, in actuality, they had very little hand in creating.”

Harkins did want balance of opinions. “It was an active effort to find voices that were positive about ‘Hillbilly Elegy’—so I did have to reach farther for that.” But including a one-to-one ratio of thumbs-up or thumbs-down reactions would seem a strained artifice when even Vance defenders insist on keeping things real. From Kelli Hansel Haywood: “So many of us are tired of Appalachia being portrayed as all white, ignorant, addicted, unhealthy, and self-sabotaging. Yet, while it is true that our communities are not homogenous, and we have a wide variety of beliefs about who we are and how to go about fixing things here, there is truth to stereotype whether or not we like to admit it.”

“Appalachian Reckoning” does have surprises. Many hail from something Appalachians can be proud of — the effects of inclusion, and the wide range of voices and media brought into this collective rebuttal. Harkins noted, “I hadn’t really thought about including poetry in my part of the project. But because Meredith had, we started thinking about whether that was something we could spread across the part that’s speaking directly to ‘Hillbilly Elegy’ and the part that speaks beyond that. I just think that’s been such an enormous contribution.”