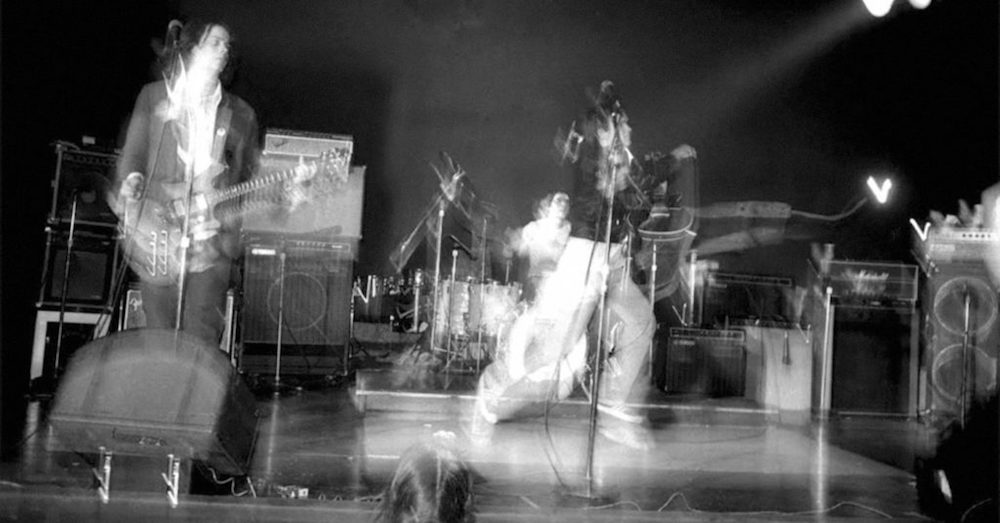 For more than 50 years, Bill Carner has observed the human experience through his camera’s rectangular viewfinder, pressing the shutter button to visually archive a moment in time. Carner’s collection has amassed into years of documenting the people, places and things that might go unnoticed, if it weren’t for his keen eye. A new solo exhibition, “Learning to Fly,” is Carner’s photo documentation of Louisville’s punk music scene during its most notorious three years — from 1979 to 1982 — and it will be on view at the record shop Surface Noise March 8 – April 6.

LEO: You started shooting the Louisville punk scene in the late 1970s, just a couple of years after you moved here. How did you stumble across this subject matter?
Bill Carner: It seems like I’ve always loved music and live performances. So, when I heard about the first UofL Punk Fest concert with a lot of bands from the emerging Louisville punk scene at the Red Barn, I knew I was going. I had a great time dancing, listening and taking pictures, and I ended up with some good pictures, so I started catching the bands when they performed around town.

It’s hard to capture the sound, smell and energy of live music in a still photograph. What’s your secret to capturing the moment?
Get close…and then get closer! That’s some of the best advice I ever got. I used a small flash to freeze the movement when I was taking most of these pictures, and the bright light makes the figures stand out against the background. Sometimes I set the camera on a slow shutter speed with the flash to make photos, getting a mix of blurred movement and bits of sharp, frozen movement which seemed to capture some of the energy on stage.

Any Louisville punk band that you particularly enjoyed watching perform?
Blinders! The excitement, the energy in their music really grabbed me.

Did you do any album cover photography for any bands?
A lot of my photos were on the cover for the compilation CD of Louisville music, Bold Beginnings, and I had a photo of Steve Rigot on the back cover. The Endtables CD and LP had a few photos of the band in the notes.

What are your favorite photographs from your upcoming exhibit?
The long exposure photo of Blinders at Armando’s. I look at it and I see a small bit of the energy on stage and the dancers at the first UofL Punk Fest. It looks like they’re pushing on the edges of the photo.

The title of your solo exhibition is ‘Learning to Fly.’ It’s also a song by Tom Petty and one of the lyrics is ‘So I started out, for God knows where / I guess l’ll know, when I get there.’ Do you feel you’re at the place where you started out for?
I’m not at the place I started out for. I’m still going, zigging, zagging and snapping away with my camera. I’m not even sure where that place is. It really is ‘the journey, not the destination’ for me.

What’s your favorite camera to use and why?
I’ve been using Leica rangefinder cameras for over 50 years. Then, in 2018, I switched to a Fujix 100f, a slightly smaller, slightly lighter rangefinder camera than my old Leicas. When I’m using a rangefinder camera, I’m looking through a ‘window’ at what’s right in front of me, not an image of what’s there [but] what’s been bouncing off mirrors and prisms inside the camera. A rangefinder is faster and brighter, which is really important when I’m photographing in low-light situations.

From your tenure at the University of Louisville Photographic Archives, you were instrumental in adding over 2,000 historical photographs to the collection. From observing these, what have you realized about Louisville’s past?
The Louisville in early photos was a very different city than it is today, a lot of wonderful buildings were knocked down in the name of progress. I used to boast that I could look at a parking lot downtown and tell you about the building that used to be there. I got to prove my boast in 2006 as a photographer for the book, “Louisville Then and Now,” with old photos of buildings from the Photo Archives on the left and on the facing page, new photos of the spots as they looked in 2006. It was a lot of fun.