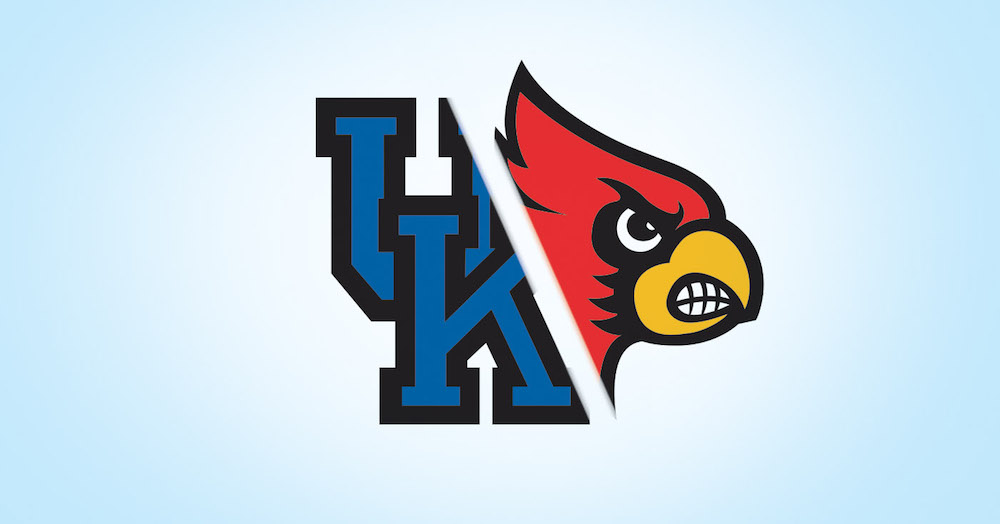 MINNESOTA 86, LOUISVILLE 76
Storylines in the NCAA Tournament can be a lot of fun. A revenge game. A star player who is ready to break out and be discovered. They give us that added theatricality that we so often associate with the tournament. Storylines can also cause nausea, if your team is on the wrong side of the story.

Such was the case on the opening day (in the opening game) of this year’s tournament. Louisville, a 7 seed after an up-and-down year under first-year coach Chris Mack, was pitted against Minnesota, a team coached by a guy with a familiar Italian name: Pitino. No, not that guy. His son. The one who kind of looks like Furio from “The Sopranos.” Yep, that’s him.

Did Richard Pitino inspire his Gophers to exact revenge for the family name? Is that what caused his team to unleash an uncharacteristic barrage of threes on the Cards? I mean, probably not. But that’s what happened.

Tournament games can seem very much like a firefight. Not that my dorky ass has ever been in one, but unless you’ve been in a comparable mano-a-mano situation before, panic can set in quickly when you’ve come toe-to-toe with a wild-eyed team that is playing over its heads. It’s precisely how upsets happen. Minnesota attempted 27 threes in this game, hitting on 11 of them. Only once this season did they hit more than that, in a game on the road against Indiana.

Minnesota seemed to have Louisville on their heels from the jump, repeatedly attacking any single coverage they got around the rim, and aggressively shooting and making threes, something that kept UofL in catch-up mode for most of the game. While the lead was only five at halftime, from the start of the second half to about the 10-minute mark, Minnesota had stretched the lead to as much as 19, and Louisville was never able to string together enough offense or forced turnovers to really make the Gophers sweat.

The opportunities were there, and this might come as a jarring surprise, but making baskets can prove to be pivotal in a game built around the idea of making baskets. There were only eight total turnovers in the game, for either team, each only committing four. Minnesota simply found and made more quality looks throughout the game, shooting 50 percent from the field and 40.7 percent from the three-point line. Christen Cunningham, in his final game as a Card, led the way for UofL with 22 points and was a perfect 13-13 from the foul line. Louisville also failed to get typical scoring production from Jordan Nwora (10 points, 4-10 shooting) and Dwayne Sutton (3 points, 0-6 from three), which stung.

For Chris Mack, this was always going to be a tricky year. The overall confidence of the program is rebounding from the toughest stretch in the history of the school, and Mack’s had very little time to influence the makeup of the roster. I’ve said for a few months that I think this was a house-money year for the Cards. The house ultimately won in infuriating fashion, but there is reason for hope: they’ve got five top-100 recruits signed for next year, and the most talented players on the team are clustered in the sophomore class. If Louisville stays the course, I’m convinced that significantly better times are ahead.

KENTUCKY 79, ABILENE CHRISTIAN 44
Abilene Christian is a fun story. This was its first NCAA Tournament appearance, having only been a D1 team since 2013. They were led by a core of seniors, with a coach who very publicly pointed out that his suit had a big hole in the pants. I love a good pair of ripped pants as much as the next guy, but the game ultimately got away from them quickly.

The chances for upset here were slim. Abilene is a team that typically shoots the three well, but coming into this matchup, they were 224th in the country in percentage of offense generated by threes. They play a deliberate, exacting style, and against a Kentucky team that does largely the same thing, with bigger athletes and more talented players, that’s a tall order. In their only other matchup against high-major athletes, a game against Texas Tech, they got annihilated: 82-48. The results were similar here.

Kentucky went on a 20-5 run to start the game, and stretched the lead to 39-13 by the time halftime rolled around. The disparity in size and athleticism is something that you typically see in the 1/16 or 2/15 matchups. Kentucky devoured Abilene on the glass, winning the rebound “battle” 44-17 (a whopping 14 of them offensive), and did a vast amount of their work near the rim, only attempting 14 threes and hitting four of them.

Keldon Johnson seemed to get in the lane at will, scoring 25 points (10-16) and Reid Travis did more or less whatever he wanted around the rim, scoring 18 (8-10) and snagging nine rebounds.

The team certainly handled its business, but the sentiment among BBN was just get through this damn game. The towering story of the postseason has been the bizarre injury situation for PJ Washington, Kentucky’s productive sophomore and arguably their best player. PJ is the leading scorer and rebounder on the team and the most-switchable defensive piece. Apparently, it’s an injury to the bottom of his foot, or so we’ve been told. He finally rolled out of the tunnel and murky speculation and into view, wearing a hard cast (colossal gasp) on his left foot. We’ve been told that it’s a sprained foot.

For Kentucky, this is a crushing blow — if Washington fails to return. With him, there’s reason to believe that Kentucky could find itself in the Final Four. Without him, they should be able to reach the second weekend of the tournament, but his absence would certainly leave them vulnerable, and would be glaringly felt once they started facing the other blue-blood programs like UNC. If Kentucky’s going to have a shot at a deep run, they’d better pray that PJ miraculously casts off the cast.