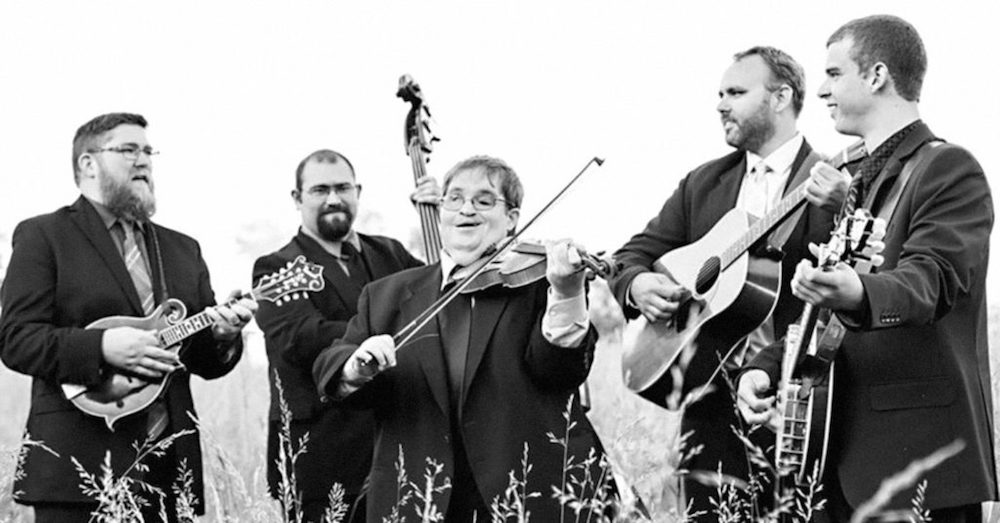 According to Henryville, Indiana’s Wikipedia page, the small Clark County town is best know as the birthplace of KFC founder Colonel Harland Sanders, as well as Michael Cleveland, the award-winning bluegrass fiddle player who has been nominated for a Grammy. Despite being born completely blind and losing 80 percent of hearing in his left ear, Cleveland was a prodigy who turned into an all-time great. His remarkable story was captured by filmmaker John Presley for the documentary, “Flamekeeper — The Michael Cleveland Story,” which is currently streaming on Vimeo and can be rented for $4.99 or bought for $8.99. We caught up with Cleveland to talk about his career and the film.

LEO: What made you choose the violin?
Michael Cleveland: I was introduced to bluegrass music at an early age. None of my family ever played, but my grandparents loved bluegrass music so much that they started a bluegrass association in Henryville, Indiana, that met every second and fourth Saturday of each month. There were also other bluegrass shows going on every other weekend so my grandparents would go to those, as well. Obviously, I don’t remember this, but I guess they started taking me to those shows from about the time I was 6 months old. The thing that I will never forget was hearing a local fiddle player play ‘Orange Blossom Special.’ I was around 4 years old at the time and I just remember being blown away. All the train sounds coming from that fiddle just fascinated me and, at that point, I realized that I just had to learn how to play.

You’ve performed with many country heavy-hitters, including Alison Krauss, Vince Gill, Marty Stuart and even the ‘Father of Bluegrass’ Bill Monroe when you were 9 years old. Do you get star-struck or nervous playing with famous musicians?
When I was young, I think I was too stupid to be nervous. Now, I definitely think about it and get nervous sometimes, because I do want to play well and especially around people that I admire or look up to.

The documentary film ‘Flamekeeper – The Michael Cleveland Story’ is your story of struggle and overcoming physical disabilities to become one of the best fiddle players alive. The film premiered at the Country Music Hall of Fame in Nashville with Vince Gill, Ricky Skaggs, Sam Bush, Béla Fleck and others joining you on the red carpet. What is your reaction to the finished film?
The premiere of the film was absolutely amazing, but very surreal. Sam Bush said after the release of his documentary, ‘Revival,’ that watching a documentary about yourself in front of people that you admire is almost like going to your own wake, and I think that is definitely true. I am really happy with how it all turned out. But I think the question that interests me is how are people going to respond that know absolutely nothing about me or bluegrass music? That is what I am anxious to see. I hope that the film can help, inspire and introduce people to bluegrass music who might not have gotten into it otherwise.

Flamekeeper: The Michael Cleveland Story from Validate Films on Vimeo.