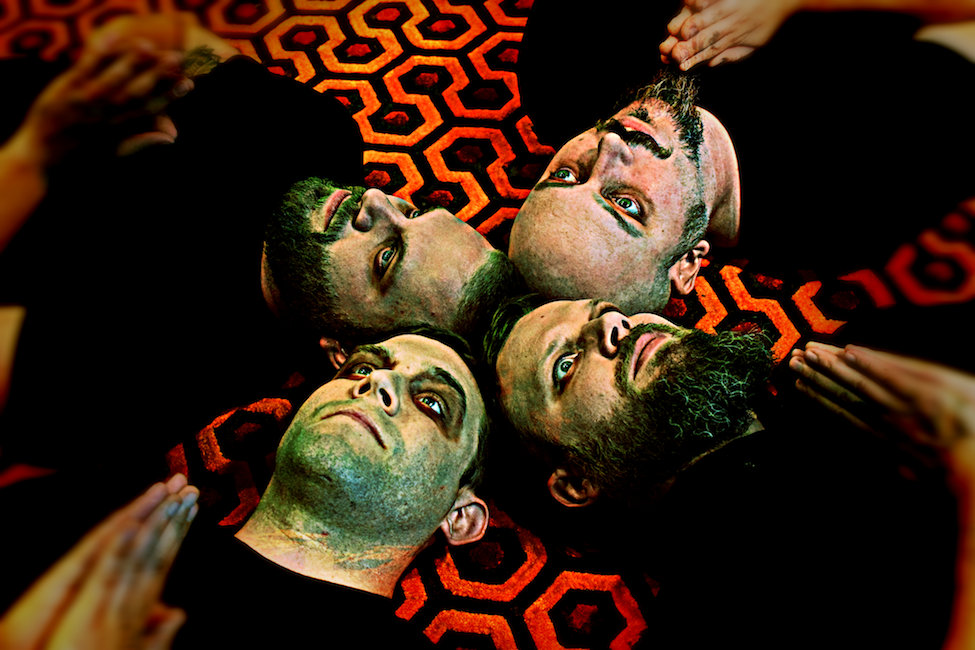 The horror rock band Prayer Line will release their debut album Drink The Blood in late April, but right now you can listen to the song “Diary of a Drowning Boy,” an ominous, driving track.

“’Diary of a Drowning Boy’ is about the passion, confusion and eventual terror that would come from falling in love and being murdered by the same person in one night,” said Prayer Line bass player Jake Hellman, who wrote the lyrics. “The lyrics were written immediately after listening to the Last Podcast on the Left series about Scottish serial killer Dennis Nilsen. Dennis would have people listen to his favorite songs on studio quality headphones before he killed them. The thought of unknowingly entering a psychopaths reality where music is your death sentence was unnerving, probably because I would have easily fallen victim.”