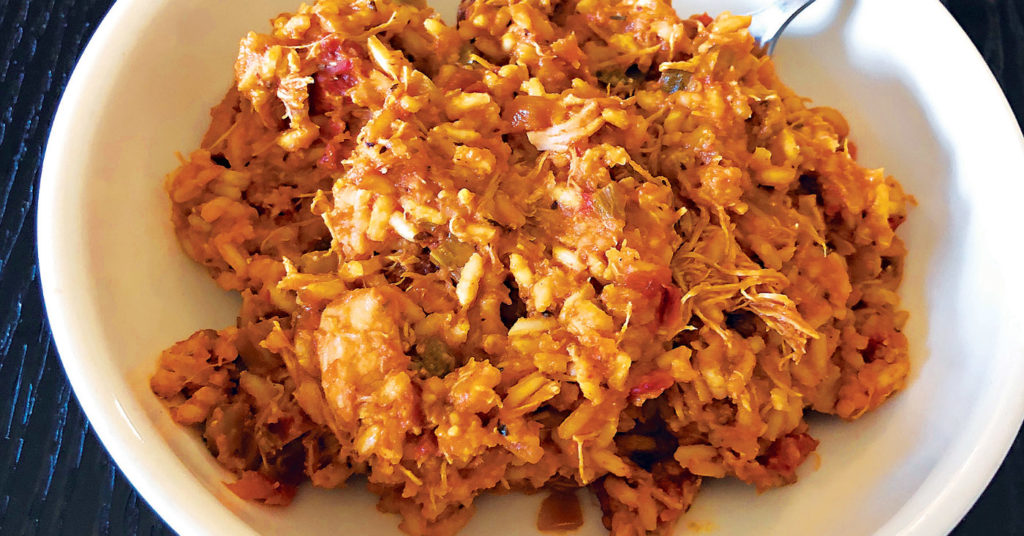 If you woke up bright-eyed and bushy-tailed this morning, ready to get to work, you probably did not celebrate Mardi Gras in the traditional way last night. Lent starts today (March 6), and for those who observe the penitential season, there’ll be no more joyful excess until Easter arrives on April 21.

We’ve got you covered!

Even if you missed Mardi Gras, J. Gumbo’s is still good and affordable. Even after Fat Tuesday has come and gone, it stands ready to meet your Cajun dining needs.

Louisiana native and retired jockey Billy Fox has been dishing out tasty and affordable Louisiana fare from the little eatery in Clifton since 2005, when it opened as Gumbo A Go-Go.

It was an instant hit, so successful within a year that the Texas Roadhouse group bought it, seeking to build the concept into a chain. They changed the name to J. Gumbo’s, with the preceding J to recognize Fox’s jockey heritage.

It quickly expanded to eight Louisville-area locations, but Fox wasn’t happy and soon bought it all back, closing half of the new locations. Between 2008 and 2015, it expanded again, more gradually this time, opening more than 45 stores in 11 states. But the wave crested again, and it is no longer aggressively marketed. About 30 franchises remain in 10 states, including three Louisville shops, for which Fox cooks all the food at a Butchertown commissary.

I’m glad the original is still there, touched up and brightened a bit, but just as good as ever. The menu hasn’t changed much over the years, with a dozen Cajun and Creole entrées all $7.45 for a big bowl, ranking among the best value meals in town.

Jambalaya ($7.45) was loaded into a white, earthenware bowl. It arrived as a thick, moderately spicy mass of rice and goodies, filled with quartered rounds of garlicky sausage, finely shredded chicken and bits of green bell pepper, onion and tomato.

A new dish since my last visit, pozoli stew ($7.45) merges Louisiana and the Southwest with a Cajun spin on pozole. Yellow corn niblets, black beans, tomato dice and a little hominy were simmered in a hot-and-spicy sauce over rice with a tangy squirt of lime. Most entrées come to the table with gentle spice, but there’s Louisiana Hot Sauce and sriracha sauce on the table to doctor them as you like.

Both dishes come with Texas toast garlic bread and, in honor of Mardi Gras, we couldn’t leave without a slice of yeasty, sweet king cake ($2) with its traditional green, white and purple sugary icing.

Noise level: Its hard surfaces, wooden tables and concrete floor could echo a roar on a crowded evening, but there was no barrier to conversation on this Sunday afternoon visit. (Average sound level was around 70dB, approximating normal conversation.)

Accessibility: Save for a few high tables, the restaurant appears fully accessible to wheelchair users.