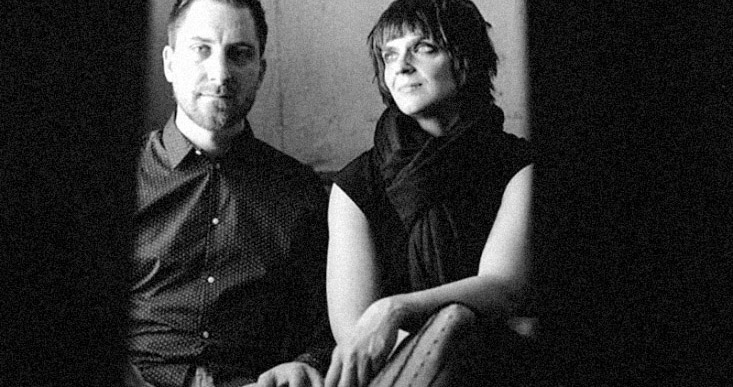 Justin and Tasha Golden of Ellery

On the song “Tennessee Whiskey (Hallelujah),” Tasha Golden, one half of the band Ellery, attempted to dig up and put together the pieces of her family history.

“At the time we wrote this song, I was finishing up a book of poetry that I published in 2015, and it was an excavation of a lot of my family history,” Golden said. “My mom is the youngest of 11 children, but both her parents passed away when she was very young, an infant, and so all her siblings were scattered, and everything that she knows about her parents and her older siblings are just these tidbits and scraps she’s been able to get through her life. So, then I just get these tidbits and scraps. What was coming out for me, as an artist, is that recognition of a sense of dangling that I hadn’t recognized before. Sort of not knowing where I came from and wanting to make sense of it.”

You might assume a song with that backstory might be a softer affair, but “Tennessee Whiskey” has plenty of grit and bite. It’s a perfect marriage of warm soul vibes and country twang. The song nimbly plods with a throaty, two-step groove while Golden’s vocals register like an indie, whiskey-shooting Reba over the subdued swagger of blues guitar.

“The song is pretty unusual for me, because it’s a bit of a co-write between Justin [Golden, the other half of Ellery] and I, which most of our songs are not,” Golden said. “Justin got this Gibson ES-125. And as soon as he picked it up, what he started playing, it was like the guitar had this song in it, like Justin picked it up and discovered it. I was in the next room, and what I found myself singing was, ‘Tennessee whiskey / It’s in the blood and bones with me / Hallelujah.’ I knew there was a seed of a song there but wasn’t sure what I was trying to say. It all erupted into what’s not a common style for Ellery, but that felt very much at home.”

Golden said the song, which airs the “hardscrabble” life of her East Tennessee lineage, is as close to the truth as possible.

“Obviously, there are a lot of dark, haunting images and a lot of trouble,” Golden said. “And then, combined with a sense of certainty and faith and confidence in my family, and a sense of their power and whatever I picked up from them, that came out. I think that folks have been surprised that the song has really been me grappling with my family history. There’s so many things, the tropes of the style, that are really drawn from actual stories I had really gleaned growing up, so this is, legit, my family’s wild, East Tennessee life. It’s been an interesting thing to share with audiences.”