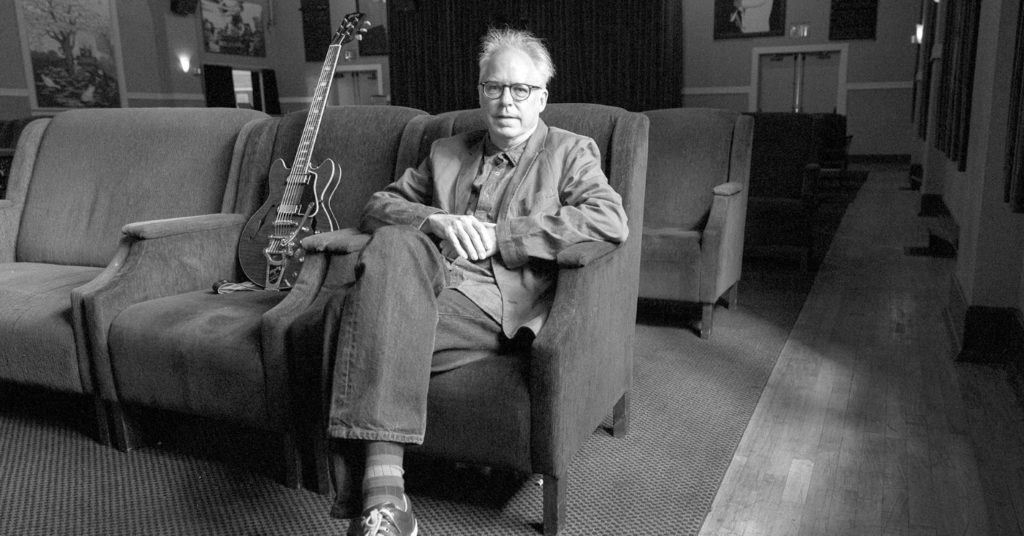 Renowned jazz guitarist and composer Bill Frisell has a history of helping the homeless. He once did a string of shows supporting the progressive, Seattle-based, homeless advocacy newspaper Real Change. Now, Frisell is returning to Louisville for 2019’s first Give-a-Jam, a benefit concert series for the Louisville Coalition for the Homeless. He told LEO Weekly when an opportunity comes “to actually help somehow, it feels really great.”

“Sometimes you feel helpless, and you’re like, man, I don’t know what to do,” Frisell said. “So, it’s like a selfishly great thing for me to feel I can do a little bit, just put something into it and help somebody, especially when it’s something that’s already organized, and it’s working.”

This is Frisell’s second solo performance at a Give-a-Jam event in Louisville since 2015. His work spans over five decades of musical exploration — primarily as a guitarist, sometimes as a composer and always a creative life-force. He’s striven for momentum and change, and the soft-spoken Pisces doesn’t feel close to finished.

“Time is getting really strange for me now, it’s like this rubber band or something,” Frisell said. “With music, I still feel I’m just barely getting started … it still feels like I haven’t even scratched the surface.”

From his decades-long musical output, a listen through the 2018 record Music IS would be a proper example of what to expect from this upcoming performance. For something closer to home, sit down with his 2012 collaboration record The Kentucky Derby is Decadent and Depraved, a spoken word rendition of Hunter Thompson’s original story set to music composed by Frisell, with words by Tim Robbins and Ralph Steadman.

Looking forward, Frisell’s playing will be the backdrop in a new episode of the IFC parody docuseries “Documentary Now!” titled “Long Gone” (a take on the 1988 portrait film of jazz trumpeter Chet Baker, “Let’s Get Lost”) that Frisell is eager to watch. “Fred Armisen gave me an example of him playing guitar sort of in this jazz style, so I took that and did it in the way that I would do any other song — I played variations on it,” he said. “I’m really curious how that’s gonna come out. But I love that show, it’s incredible.”

But for this week’s show at Headliners Music Hall, it’s about giving back. And helping a Louisville organization that provides life-saving services.

Since its launch in 2011, Rx: Housing, a rapid housing solution program by the Louisville Coalition for the Homeless has taken vulnerable citizens off the streets and into permanent housing. Give-a-Jam is designed to bolster its success — a key aid in this mission. The concerts are a volunteer-run effort with a revolving door of artists who’ve continued to stay involved.

Between Oct. 1, 2016 and Sept. 30, 2017, The Louisville Coalition for the Homeless served 6,695 homeless individuals — 5,921 sheltered and 774 unsheltered — five percent more than the previous year. With those who sought help, more than half were disabled, 20 percent were victims of domestic violence, 16 percent were under the age of 17 (13 percent were between ages 12-24 without family members over 24) and 11 percent were veterans.

Natalie Harris, executive director of the Coalition, said “Bill and all of the other amazing work for Give-a-Jam allows us to provide the only flexible funding program to get homeless people housed quickly. We cover the cost of deposits, furniture, application fees or whatever is keeping someone from getting into housing.”