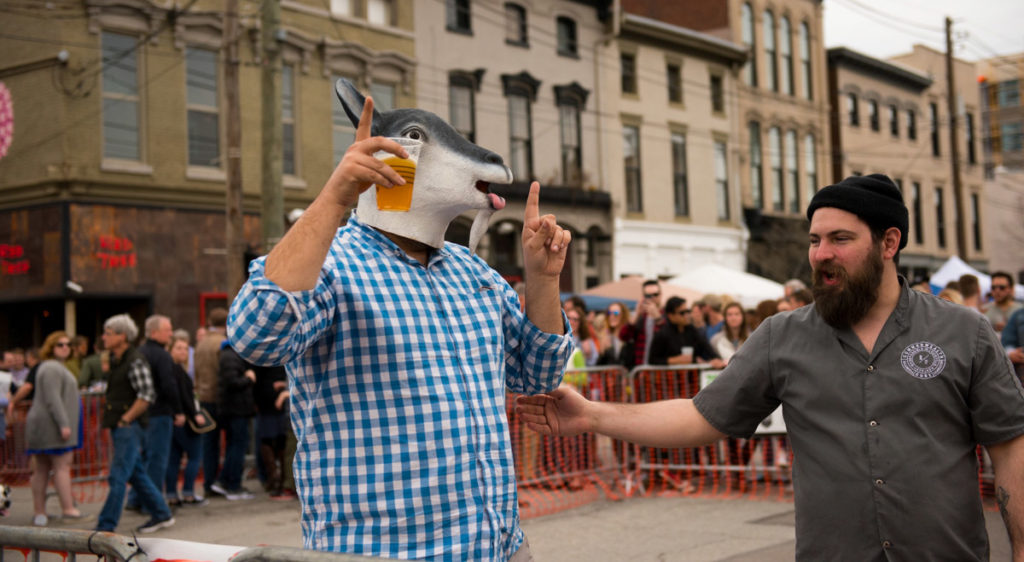 Wizard and Witches Beer Festival
The Gillespie
$42  |  6:30-10 p.m.
No, they didn’t have beer in Harry Potter, except for the nonalcoholic, butter kind, but we’ll suspend our disbelief for this admittedly fantastical event. Based on the book series, discover the Lair of Secret Cider Potions, Wizards Alley and Adult Butterscotch Beer Tavern. (We assume this means the butter beer at this party will be boozy). Over 20 beers will be available. Dance off the excess carb calories with music from the Sorceress Sisters and DJ DumbleD.

AuralgamiSOUNDS Presents: Paper Anniversary 4
Various locations
Free-$6  |  Times vary
The Louisville DIY music label AuralgamiSOUNDS is celebrating its birthday with three days of local music starting Friday. It kicks off at Kaiju at 9 p.m. with performances from four bands, including Soft Self Portraits, who are playing their final show. On Saturday, the party continues at Kaiju, also at 9 p.m., with bands including Bird/Trooper and Black Leather Habit. On Sunday, the fun moves to Butchertown Social for the only free show of the festival with Pleasure Boys and poetry at 8 p.m.

NULU Bock Fest
East Market Street
Free  |  Noon-7 p.m.
For the fourth year in a row, the NuLu neighborhood of Louisville will be alive with goat racing, beer and crowds. Wear goat costumes and fashions (interpret that how you will), drink local bock beer (a “rich, complex, malty, low-hop” lager), eat sausage (Wurst Fest might be the best part of Bock Fest) and watch goats race (did we say that already?)

Free Owsley Sundays (And Other Stuff!)
Speed Art Museum
Free  |  Noon-5 p.m.
Every Sunday, admission is free at the Speed Art Museum. It’s an opportunity to check out the cool exhibits, including the new, 6,000-book installation about immigration, “The American Library,” and maybe even participate in a docent-led tour at 1 p.m or 2. But you could also drop in at 1:30 p.m. for a costumed figure drawing session or at 3 for a showing of “Be Natural: The Untold Story of Alice Guy-Blaché,” which Speed Cinema says is “an engaging detective story about her path to uncover the truth about one of the first leading figures of cinema and how sexism and egos tried to erase the accomplishments of a successful woman.” (That event will cost $9, though.)

Trans Day of Visibility Community Event
Highlands Community Campus
Free  |  3-7 p.m.
Prepare for a good-feelings event for transgender people and their allies on a day all about celebrating them and recognizing their struggles. There will be gender mapping, self-care resources, snacks, crafts, raffle prizes and a retreat area courtesy of local trans-affirming groups. From 3 to 5:30 p.m., an all-genders clothing swap will take place. Afterward, will be a screening of an episode of the new docuseries “America in Transition” and a talk led by trans leaders from Louisville.