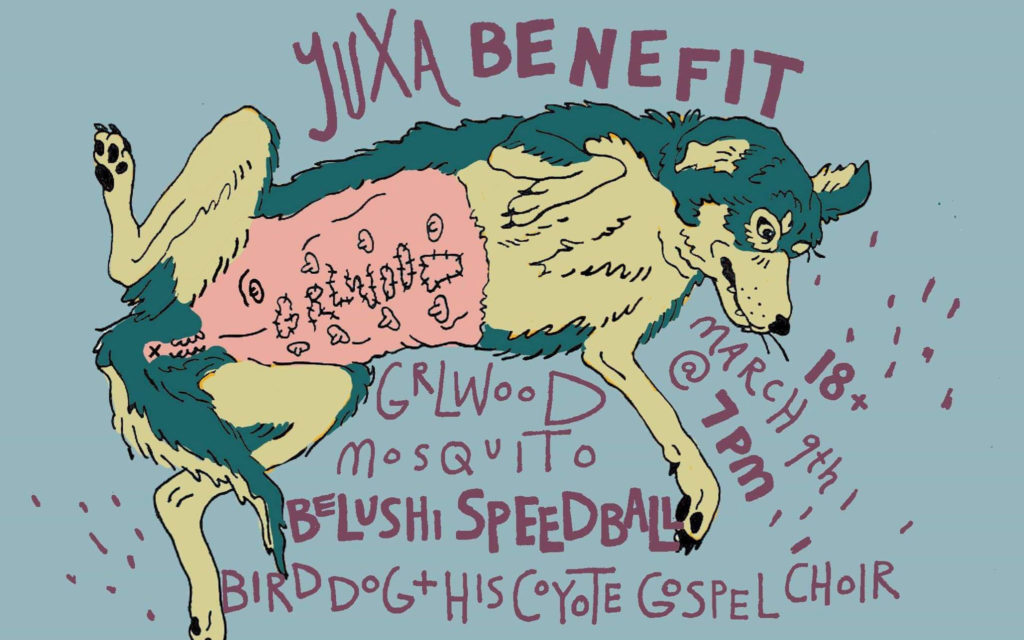 Character Assassination Presents: The Roast of Disney Villains
Sheraton Louisville Riverside Hotel Ballroom
$21  |  8-10 p.m.
You watched them as kids. You cheered their demise. Now you can laugh at their misfortunes again. Special guests Ursula, Gaston, Maleficent are but a sampling of the Disney villains you’ll see roast each other at this Character Assassination performance.

SPIN: A Record Show
Kentucky Center for African American Heritage
$10 (early admission at 9 a.m.) $5 (general admission at 10 a.m.)
Vinyl has made a huge comeback because, sometimes, digital just can’t deliver the sounds the way they were meant to be heard. Fleur de Flea Vintage Urban Market brings the classics to you, hosting a vinyl record show with over 50 local dealers. It will be a good time even if you’re not in the market for records yourself, with food trucks and craft beer on hand, and DJ Trevor Bowles spinning tunes all day. If you’re looking to boost your collection, consider the early-bird ticket, and get a one-hour jump on the shopping.

Use Your Coding Skills for Good!
LouieLab
Free  |  10 a.m.-3 p.m.
Code for Kentuckiana, a new, local branch of Code for America, is looking for tech experts and activists to help them create online resources that will serve the citizens of Louisville and Southern Indiana. A potential first project is a tool for renters that will show them what their rights are and help them generate documentation and letters for their landlords. Saturday is the first meet-up. There will be an introduction to the Code for Kentuckiana team, an opportunity to hear about and propose initial projects and over three hours of skill share and project work, including a Freedom of Information Act workshop and an introduction to data science workshop. If you have computer skills and a will to help others, you gotta come.

Yuxa Benefit: GRLwood / Belushi Speed Ball / Mosquito / Bird-Dog and His Coyote Gospel Choir
Zanzabar
$5 minimum donation  |  7-11 p.m.
Help GRLwood pay $3,700 in medical costs for their band-dog Yuxa and hear from three other incredible local bands. GRLwood, of course, is the Louisville scream-pop duo. Their dog Yuxa has been with bandmate Rae Forester since 2011 and needed emergency surgery in January for an infection. The group has recruited Belushi Speed Ball (metal), Mosquito (post-progressive power pop) and Bird-Dog and His Coyote Gospel Choir (rock/jazz) to play alongside them in a bid for your generous donations. If you can’t go, send money to GRLwood’s PayPal address, [email protected].

‘Cabaret’ and Panel Discussion
Commonwealth Theatre Center
Free-$32  |  4 p.m. (show) 6:15 p.m. (panel)
First, enter the sleazy world of the Kit Kat Club in 1930s Germany with Commonwealth Theatre Center’s production of the 1966 musical “Cabaret.” Then, mull over the story of the Nazi Party’s rise to power with a discussion about how fascism took hold then and how it could be avoided today. Or, you can just show up to the free talk at 6:15 p.m. A number of interesting experts will be there, including Seth Lieber, the grandchild of a Holocaust survivor who also directed the production; Fred Whittaker, a Holocaust expert and teacher; and Jaison Gardner, cohost of the Louisville Public Media podcast “Strange Fruit,” among other guests.