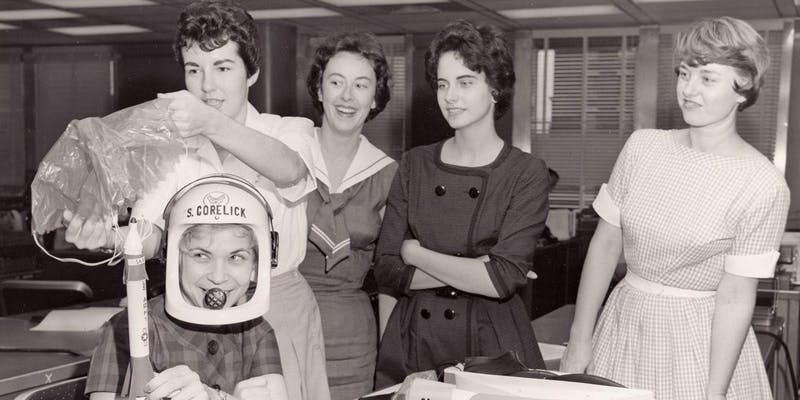 Know Your Rights Trivia Night
Zanzabar
Free  |  7-8 p.m.
Y’all, Kentucky really tried to pass a law this year making it so people from other states couldn’t place open records requests (applications for government information that’s supposed to be available to the public). It might be a good time to know your rights… before someone tries to take them away. The Kentucky Center for Investigative Reporting, which undoubtedly understands the difficulties of obtaining public information, is hosting a trivia night all about the things you’re entitled to know, touching on subjects from civil asset forfeiture and the First Amendment. Come, learn and maybe win a prize. Six people or fewer constitute a team.

‘Mercury 13’ Screening
The Floyd Theater, UofL
Free  |  6 p.m.
Did you know that when NASA was preparing to send its first man in space, they were also testing a team of women to do the same? They were the Mercury 13, and even though some of them performed better than did the men who eventually took flight, they were never allowed to participate. This film tells their story. And this event is part of five days of activities at UofL all about women in space science.

Frank Oz — Sanders Speaker Series
Ogle Center, IUS
Free  |  7-8 p.m.
Frank Oz is the man behind your childhood, or at least, many of them. He is the voice of and puppeteer for Miss Piggy, Cookie Monster and Yoda. He also worked alongside Jim Henson to create “The Dark Crystal” and, on his own, directed “Indian in the Cupboard” and “Little Shop of Horrors.” On Tuesday, he’ll speak at Indiana University Southeast in New Albany. Seating is first come, first served.

Pay to Play in the NCAA: Should College Athletes be Paid?
Chao Auditorium — William F. Elkstrom Library, UofL
Free  |  5 p.m.
When it comes to where to host a discussion about pay-to-play in college sports, UofL, with its history of sordid schemes involving student athletes and its large amounts of sportsball money, is a fairly obvious place. Panelists from various university departments, including LEO contributor and Professor Ricky Jones, will discuss the pros and cons of paying student sportsmen (and women).

Provocative Perspectives — What About a Louisville Tenants Union?
1619 Flux: Art + Activism
Free  |  5:30-7:30 p.m.
The topics at Provocative Perspectives are supposed to be just that, so how about this one: a union for Louisville renters. Joshua Poe, an urban planner and community organizer with ARC LLC, will be discussing the “benefits, issues, possible objections and how to get started.” Food and drinks will be provided.

200 Years of British Monarchy Short Course
Main Library — Louisville Free Public Library
Free  |  6:30-8 p.m.
Americans, for all their talk of freedom ringing, are obsessed with the royals. Here’s a chance to deepen that passion. UofL Professor John McLeod, who is more than a little interested in Britain himself, is hosting a six-week bout of classes about the monarchy, starting this Thursday. He’s beginning with the birth of Queen Victoria 200 years ago this year and meandering all the way to today, which, we hope, means some insight into the wedding spectacle of Prince Harry and Meghan Markle in 2018.

Scott Eason
The Bard’s Town
$5 (suggested donation)  |  8-10 p.m.
Scott Eason is known for his monthly comedy show in Huntsville, Alabama, but he’s also a funny guy himself. The comedian, who’s been working since 2009, stops in Louisville. Afterward, there will be an open mic.

March Full Moon Hike
Charlestown State Park
Free  |  8-10 p.m.
In this ever-popular event, let the light of the moon guide you through Charlestown State Park’s tree-lined trails. Meet at the Trail 3 and 4 parking lot for a rugged, 2.1 mile walk. If you’ve got ‘em, bring good shoes, a red light flashlight and a hiking stick.

GRLwood / A Deer A Horse / Bird-Dog & His Coyote Gospel Choir / Sal Show
Kaiju
$5  |  9 p.m.
It’s half Louisville, half touring talent at this Friday night sound fest. Greet A Deer A Horse, “sludge power” from Brooklyn, New York, and Sal Show, neo-folk from Chicago, and party with your local favorites, GRLwood and Bird-Dog & His Coyote Gospel Choir.