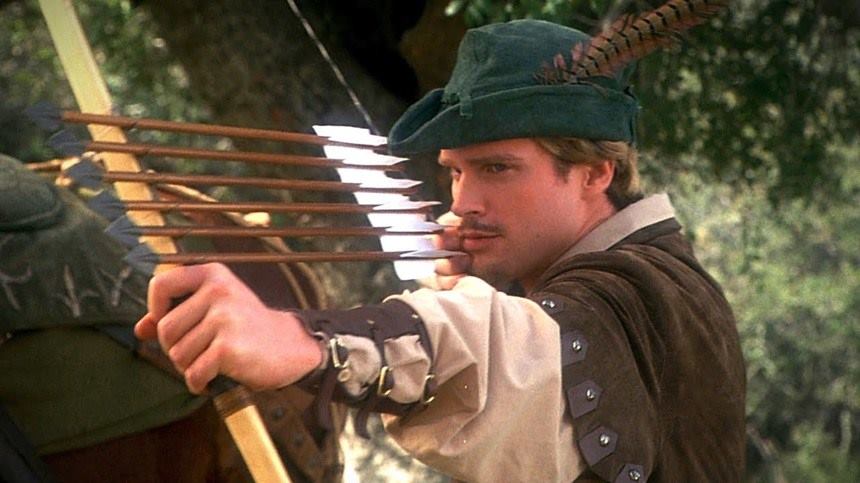 A still from "Robin Hood: Men in Tights"

WGST Presents Cherríe Moraga
Gheens Science Hall and Rauch Planetarium
Free  |  5:30-7:30 p.m.
UofL’s Department of Women’s, Gender, and Sexuality Studies presents Cherríe Moraga, the internationally-recognized, award-winning writer of “Waiting in the Wings: Portrait of Queer Motherhood” and an editor of “This Bridge Called My Back: Writings by Radical Women of Color.”Moraga’s latest book, coming this year, is “Country of the Heart: A Memoir,” a look at her mother’s history, from the cotton fields of California to the streets of 1920s Tijuana, compared to her own.

Metal Monday
Highlands Tap Room
Free  |  11 p.m.-1 a.m.
It’s Metal Monday! This weekly, free, 21-plus metal show at Highlands Tap Room — always heavy, usually underground — has been going on for six years. (Check out our article about it). This Monday, Left to the Wolves from Lexington returns.

Louisville is no New Orleans, but we know how to get down on Fat Tuesday. I mean, we are a heavily Catholic city with a penchant for parties. Here are a few to attend before the city sobers up for the Lenten season:

If you’re craving a Louisiana crawfish boil, both Mag Bar and Couvillion are here for you. Speaking of food, Lou Lou Food + Drink is cooking up an all-day cajun menu and Old Louisville Brewery is selling king cakes and beignets at its party to benefit Mattingly Edge.

More interested in the holiday’s jazzy music? Zu Zu Ya Ya will be at Jimmy Can’t Dance and the new Lou Orleans Brass Band are taking over The Butchertown Social.

And, if you just want a good ol’ fashioned debauch-fest, Flanagans Ale House is encouraging beads and masks at its annual party, featuring tarot readings, music and more creole food.

Carnegie Center Hosts Tibetan Monks
Carnegie Center for Art and History
Free (Donations requested)  |  Times vary
Starting on Tuesday at 12 p.m. (don’t worry, there are some evening events, too) monks from the Labran Tashikyil Monastery in Dehra Dun, Indiana, will start working on a sand painting in the Carnegie Center’s foyer, called the 2019 World Peace Mandala. Guests are invited to watch the process — and even participate on Wednesday from 12 p.m. to 1 p.m. The monks are traveling across the country to raise awareness about their culture and money for their monastery. They’ll be working until late afternoon through Thursday at 5 p.m., when they’ll sweep the mandala away and carry it to New Albany’s riverfront in a colorful ceremony.

Reading Kanafani in Kentucky
South Central Regional Library, Louisville Free Public Library
Free  |  6:30 p.m.
“A public conversation about the loss of home, involuntary relocation, and the struggle to return to the place we belong.” Author and UofL Department of Theatre Arts professor Russell Vandenbroucke will direct a staged reading of Ghassan Kanafani’s “Returning to Haifa,” which was cowritten by Louisvillian Naomi Wallace. After the dramatic reading, there will be a guided discussion about gentrification and displacement.

Film Screening  — ‘Wonder: The Lives of Anna and Harlan Hubbard’
The Filson Historical Society
Free (Reservations required)  |  5-7 p.m.
Anna and Harlan Hubbard lived a life that many dream of today: In the 1950s, the Kentucky husband and wife built a house boat and lived along the Ohio River, completely sustaining themselves without electricity, raising and catching their food. Before the film, check out the Filson’s exhibit about the shantyboat culture of the Ohio. Afterward, producer Morgan Atkinson will answer questions as part of a Q&A. Reserve a spot by booking a ticket at filsonhistorical.org.

Kaijuesday’s 3rd Birthday
Kaiju
No cover  |  9-11 p.m.
It’s been three weird years of weekly comedy shows at Kaiju and, for that, we thank God(zilla). Let’s celebrate with our favorite characters and performers, games, prizes, cake and more.