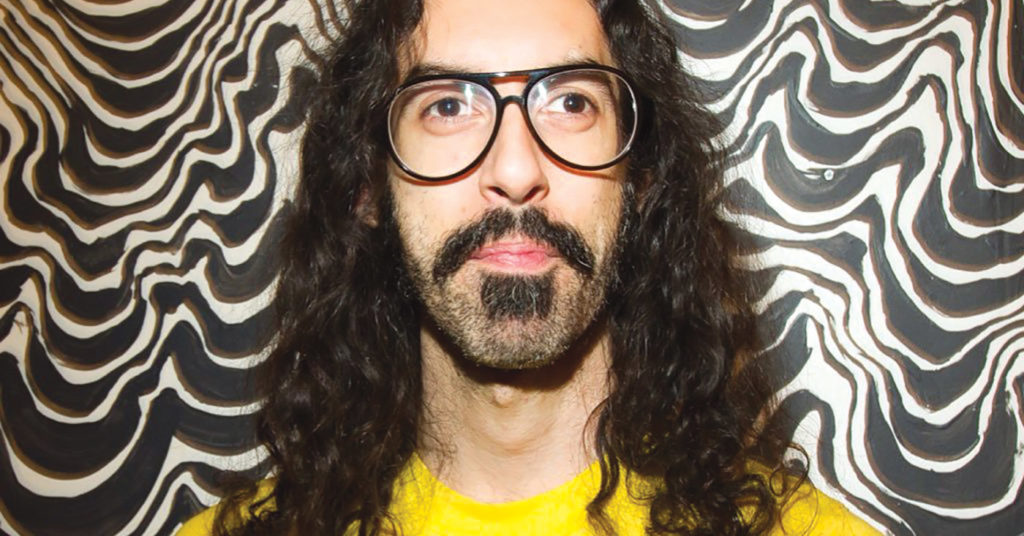 Anthony Kapfer is a comedian, cartoonist and musician. He grew up reading and loving Gary Larson’s comic “The Far Side.” “I liked its attitude,” Kapfer said of his earliest cartoon and comedy influence. “It was the closest thing you could get to punk rock in the newspaper on a Sunday morning.” Kapfer will be in town for one night only, performing at Kaiju this Tuesday.

LEO: Will this be your first time coming through Louisville?
Anthony Kapfer: I played there a few years ago. You all are all about the bars, and everybody drinks bourbon there. Being from New York, I like that your bars are open as late as ours. I haven’t really been drinking much on this tour, but I think I’m going to have to get ready for Louisville.

Are you one of those who believes that all comedians had bad childhoods?
I don’t think you have to, but it doesn’t hurt. I don’t think it’s really about childhood. You just have to have endured a certain amount of pain. Adequately damaged, ya’ know? And if you live long enough, you will be. Everybody experiences a little bit of pain, right? That’s life. You have to be able to tap into it, or you’ll never understand what comedy is. If you’ve had it too good, you won’t be able to connect with the rest of us.

I sense a lot of Mitch Hedberg in your humor. Who were your early influences?
I grew up with music. My mom was really into bands like The Ramones and The B-52’s, and stuff like that. The first band that really felt like mine was Nirvana. I was also really into bands like Weezer and Green Day. Comedy, yeah, Mitch Hedberg was a huge influence on me. George Carlin was probably my biggest influence, though. And ‘The Far Side’ comics. Even as a kid, even before being a musician, I wanted to be a cartoonist. I wanted to be Gary Larson. It was brilliant — the whole joke was contained in one panel. They seemed cooler than ‘Marmaduke’ or ‘Garfield.’ ‘The Far Side’ seemed more sarcastic, somehow edgier. There was some kind of subversive nature to it. I liked its attitude. It was the closest thing you could get to punk rock in the newspaper on a Sunday morning.

Politics are so unavoidable right now. As a comic, is it even fun to joke about anymore?
No, it’s not really fun. It’s not fun anymore. I don’t know that it ever really was fun, but it used to be more fun, or at least it was closer to fun before. It’s like everything I used to joke about two years ago is actually happening now. I said something about, ‘It will be a bad version of ‘Independence Day,’ and Trump will want to build a ceiling to keep the aliens out.’ That seemed ridiculous, and then he suggests Space Force. People don’t laugh at crazy ideas of Trump anymore, because they don’t seem impossible. There’s no hyperbole with him. And so much of it is so truly sad, there’s nowhere you can go with it to make it funny.

You’ve been on ‘Naked News’ before. Is it difficult to stay focused when you’re being interviewed by a beautiful nude woman?
It’s a little weird. I made it a point to just look past her. I didn’t know what to do, and I look really uncomfortable and awkward. I’ve done it a couple of times, it’s fun. They’re really nice — I just don’t know if I’m right for that show. I end up sitting there, uncomfortable. I did a thing where I stripped down and proposed to the interviewer. At the end I took off my shirt — there was a ring taped to my chest, and I proposed. I was just trying to get in the spirit of the show, and they cut it out. Apparently, they wanted me to keep my clothes on. They were thinking, ‘Yeah, we’re going to lose subscribers if we let this happen.’