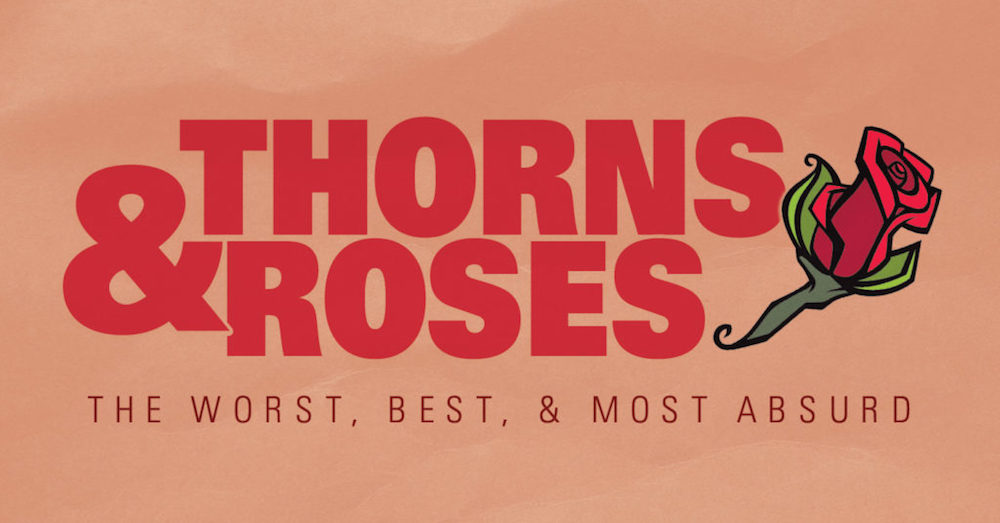 The state Senate Agriculture Committee killed a bill to raise the smoking age to 21. Because: tobacco farmers. The vote got a standing ovation from many in the room, according to The Associated Press.

State Rep. Jeff Hoover, R-Jamestown, insists his alleged sexual impropriety was confined to text messages. But the Kentucky Center for Investigative Reporting has a “demand letter” from the alleged victim who claims he made sexual comments and repeatedly groped her. Also, KYCIR reports, the commission that looked into alleged ethics violations didn’t “seriously investigate the veracity of the claim” from the woman. “Instead, the commission and its prosecutor heeded requests from Hoover’s lawyer to keep the letter, and its detailed allegations, out of the public record. It never called [her] to testify or subpoenaed the letter.”

A scarier straw man than any scarecrow  |  Absurd

Spin-master Scott Jennings, a columnist for the Courier Journal, erstwhile contributor to LEO and former assistant to President George W. Bush, wrote in the CJ that a “cabal” of lefties unfairly paints the right. Here is what he says we want you to believe: “President Donald Trump is a hypocrite and a liar. Everything he says and does is without precedent and has sinister motive. Anyone who supports Trump is complicit in racism and in allowing Russia to control the United States. Trump has unleashed an army of misogynist, racist, red-hat wearing monsters who terrorize people for skin color, gender and sexual preference. Trump’s policies are built on lies and hurt many who support him and everyone who doesn’t. American democracy will cease to exist should Trump win re-election.” Yes! But, he concedes, “Neither American political tribe is without sin. Trump, like most presidents, has told some absolute whoppers, and some of his supporters have done dumb things.” But, he concludes, the left is worse: “The Cabal is a bad take factory, but it never exhibits shame or guilt.” Scott, plant that straw man in a cornfield.

Two donkeys were tragically killed in what an apparent animal attack. A week earlier and five miles away, eight llamas were killed. Kentucky Chupacabra?!