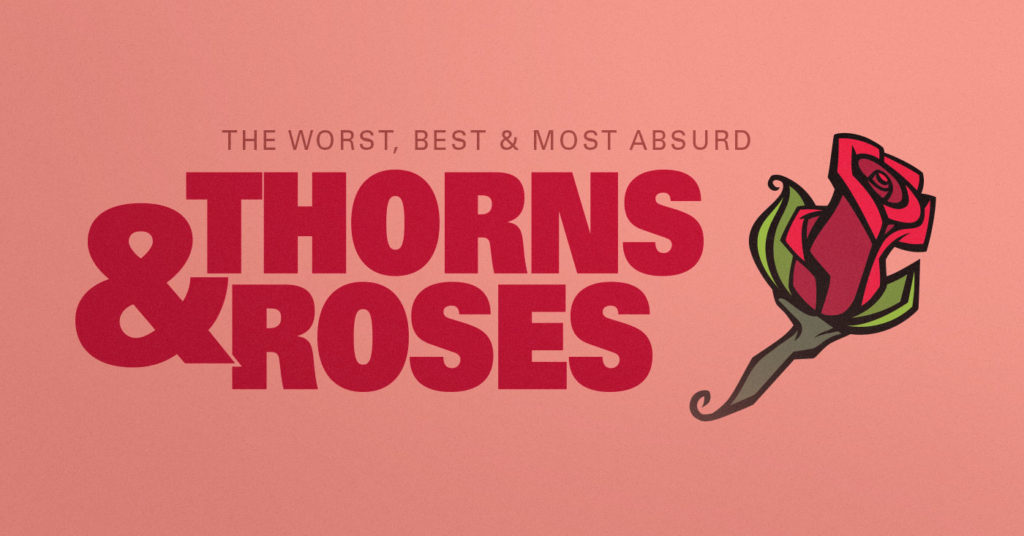 The Stupid Bowl was predictably dull, but one part of the run-up was exciting! Hannah L. Drake, a spoken word artist, poet, blogger, activist and LEO columnist, wrote in 2017 “All You Had To Do Was Play The Game, Boy” about Colin Kaepernick… and Sunday, “Selma” director Ava DuVernay tweeted Drake’s spoken word piece to underscore her boycott of the event. Then, Kaepernick retweeted it (“Love you Sister”). You can read Drake’s poem on her blog at: hannahldrake.com.

News about Virginia’s governor’s history of wearing blackface brought back comparisons to a photo of U.S. Sen. Mitch McConnell posing in front of a Confederate flag, reportedly taken in the early 1990s at a Sons of Confederate Veterans event. The state Democratic Party has circulated it on social media. Asked to respond to the comparisons or explain why the senator would consent to such a photo, his spokesman said: “This picture gets ‘attention on social media’ frequently: The Left trots it out every time Sen. McConnell speaks out on race or the Confederate flag.” He then listed times McConnell has spoken against display of the flag. He did not say why McConnell consented to posing for such a photo.

Pictured here is the Insider Louisville headline for what ostensibly was a story about how at least 118 people stayed outside on the coldest night of the year, according to an annual count.  The lede of the story was similar.

Can’t believe it is not butter!  |  Absurd

It was so suddenly warm over the weekend that the butter melted off the Second Street bridge.