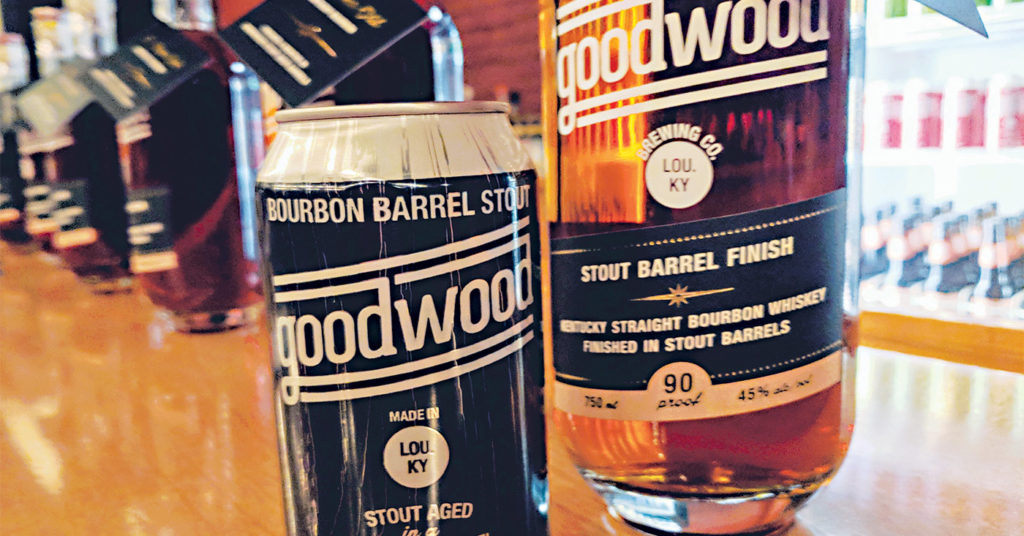 When Goodwood Brewing Co. unveiled its first-ever bottled spirit recently, it said the bourbon inside came from Barton 1792 stock from the highly-publicized warehouse collapse at the distillery last July.

Barton, however, refutes that assertion and has issued a cease-and-desist letter to the brewery. A letter sent by attorneys for Sazerac Company, the parent company of Barton, called the claim “false advertisement,” requesting the brewery immediately discontinue the claims and offer a public clarification about how and where the bourbon was sourced.

Goodwood CEO Ted Mitzlaff declined to discuss the matter with LEO, citing the cease-and-desist letter, but he gave more details to bourbon expert Fred Minnick, who published them at fredminnick.com:

“Unfortunately, we were given misinformation about the origin of the bourbon. We believed it was part of the fallen rick house. Once we realized this was not the case, we immediately rescinded all assertions.  We are moving forward with the product sales, which have exceeded our expectations. We deeply regret our misstatement and will make every effort to avoid such a mistake ever again.”

Mitzlaff told LEO that what’s inside the bottles, which are being sold starting at $110, is 12-year-old bourbon distilled in Kentucky. He said the mash bill is 74 percent corn, 18 percent rye and 8 percent malted barley.

“We can guarantee it’s 100-percent Kentucky,” Mitzlaff said. He added in a follow-up e-mail that, “Unfortunately, we are legally forbidden to explain where our 12-year-old straight Kentucky bourbon whiskey was produced.”

Sazerac’s letter was sent in response to media reports, including in LEO’s I’d Tap That… Beer column, about whether the bourbon came from the Warehouse 30 collapse last summer in Bardstown, Kentucky.

The letter reads, in part: “Sazerac meticulously tracks the location and disposition of every single barrel in its rick houses. Sazerac is thus able to account for every barrel that survived the partial collapse of Warehouse 30, and determined that all surviving barrels are either still at the facility or have been moved to other facilities where their locations have been verified. Thus, the claim to have acquired either barrels or liquid from the Warehouse 30 collapse cannot be true.”

While Goodwood’s social media posts cited a warehouse collapse, they didn’t specifically name Barton 1792. A Facebook post on Goodwood’s page, which appears to have been taken down, read, “On a hot summer day in 2018, drinkers in Kentucky and around the country mourned the collapse of a premium bourbon warehouse in Bardstown, Ky. While most of the bourbon was lost, we managed to preserve some. …”

Barton was not named in the social media promotion, but the specific warehouse incident was discussed at a media release event in late January. However, the bourbon apparently was not marketed to retailers as having been sourced from barrels involved in the collapse.

“It was only presented to me by the distributor and the brewery as a 12-year bourbon from Goodwood, finished in the former bourbon stout barrels,” Brad Williams, a senior director at Liquor Barn, said. He added that he received two separate emails regarding the bourbon, and neither mentioned a bourbon warehouse collapse.

“I didn’t even hear that story until it was making its way onto some local Facebook bourbon groups,” Williams said.

The controversy overshadows the unique process Goodwood had undertaken to create a unique spirit — a bourbon finished in bourbon stout barrels, giving it a smooth, chocolaty quality on the finish

After tasting it, I wrote on I’d Tap That: “The finished product is a smooth bourbon with caramel and vanilla notes that progress nicely into a finish that brings about malt sweetness and cocoa from the beer. There’s an unexpected hint of spice in the bourbon.”

Mitzlaff said the $110 price tag per bottle of the Goodwood bourbon has nothing to do with the story perpetuated, noting that “it’s expensive juice. We think it’s an awesome product, whether it came from Bardstown or Louisville or Owensboro.”

Goodwood has said more bourbon will be aged in other beer barrels for future releases.