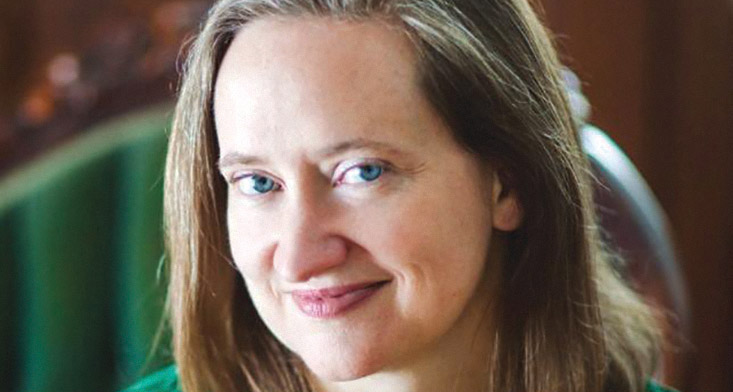 From the legendary Louisville chamber/post-rock band Rachel’s to her current solo pianist/composer career, Rachel Grimes’ work has been important and unique. And it seems she was always meant to tell a story through music about her past and the women who aided her journey. Her new folk opera (and film) “The Way Forth” brings her back to her Kentucky roots, causing her to research and discover who she truly is as musician and woman. It premieres with the Louisville Orchestra as part of the organization’s Festival Of American Music on Saturday, Feb. 23 at Whitney Hall. We caught up with Grimes to talk about the new work.

LEO: You’ve been playing music in groups for over 30 years. In reflection, what have you come to realize about the process of making music?
Rachel Grimes: It’s different for every single application. At this point, there’s more accumulated tricks in the bag. If one thing I’m doing isn’t working out, I’ve got something else I can try.

As a female composer, the gender gap numbers (according to a survey of 21 major American orchestras in 2014-15) rate that female composers account for only 1.8 percent of the works performed. What’s your take on the gender disparity in composition?
It starts young. It’s at least a generation away from being equal. We’re not even at the point where doctors and attorneys are equal…I do think composition is the slowest field to change.

Last year, you composed the musical score for the documentary film ‘The Doctor from India’ based on the life of Dr. Vasant Lad, the holistic health practitioner teaching the Indian healing science of Ayurveda. How were you chosen to compose the score?
A charming small-town kind of way. I was doing an artist talk in a gallery in New Jersey and this guy came up to me afterward and hands me a DVD and says ‘I’m Jeremy Frindel and I’d love you to score my next movie.’ He was interested because he knew my music and then we worked out a timeframe and a budget.

Now, you’ve made the leap to filmmaker in collaboration with Catharine Axley on ‘The Way Forth,’ which combines folk opera and film.
Unintentionally, yes. These stories and points of view were arising repeatedly out of my emotional reaction to materials I was leafing through and trying to organize of my parents and great grandparents. It was one of those things where I didn’t want to deal with, but I had to. When my brother and I had to move our parents into nursing care, we had all these personal effects to figure out. There were a lot of unexplained items. I was trying to assemble family photographs that made some sense to me. Some of the people were coming alive to me in this way. I was imagining their stories looking at these photographs and they were telling me their story in a way.

Any scandals?
Oh yeah. There’s a lot of unanswered questions. A lot of these pieces aren’t directly related to each other. I didn’t intend to write this sweeping epic journey, it just kind of went where it went. Once I would open one door, three doors would open. There’s a theme of women being observers, witnesses and participants, but not recorders. They weren’t the people writing the history.

You have many artifacts in this film from your personal library.
I have so many photographs and that’s after throwing out a lot of things. One of the stories is of my grandmother who, in her 60s, went back to Eastern to get her degree. I only knew my grandmother as the woman who could cook anything. Watching ‘Hee Haw’ with her. I didn’t know she was a school teacher and had this other life. But I read her story 15 years ago and it’s so poignant in showing rural education.

When people experience this film and opera, are you hoping they see Kentucky history from a female perspective as well as the inclination of researching their own past?
Yes. This project became bigger than me telling stories about my own family. It became clear that there’s a universal experience of people of a certain strata and time period. I focused on Kentucky because all my family is from here and has been here for 300 years, which is worth investigating. That’s also going to involve the Civil War, slavery and land ownership. All these complex issues. To me, these were interesting things to sniff out, but I don’t have any answers.