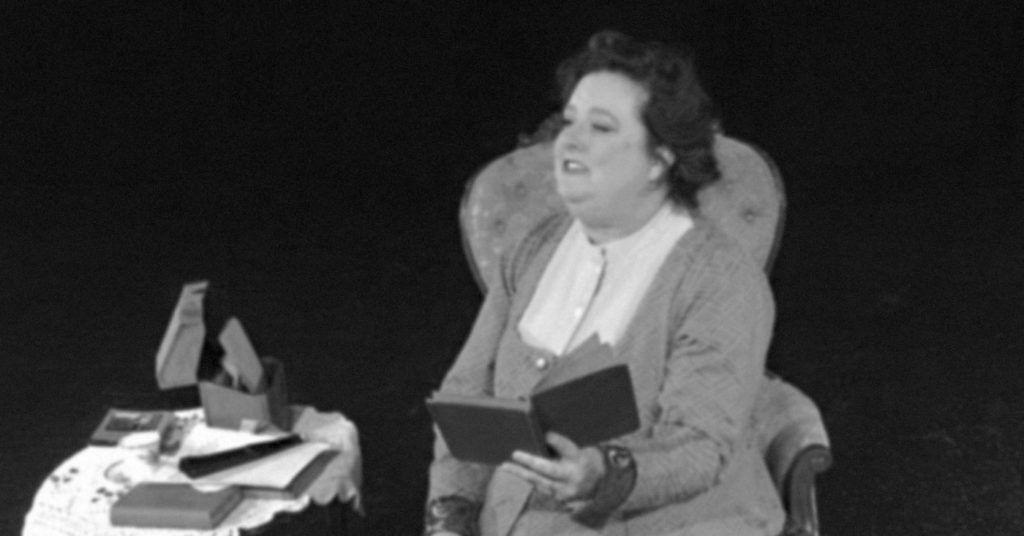 Mattie Griffith Browne was a Kentucky suffragist a half-century before women won the right to vote. She was also an abolitionist who wrote about the lives of slaves to help free those she owned as part of an inheritance. The Owensboro native was a fascinating figure for her activism, commitment and forethought in the 19th century. Now, Bellarmine University Theatre Program Director Megan Burnett is spreading the word about Browne with “Conversations with a Suffragist” — a one-woman play coming this week to the Louisville Free Public Library.

The play opens in 1870. The 15th Amendment to the Constitution is on its way to ratification and Browne is soliciting signatures on a petition seeking to have women included in this expansion of the right to vote. Her goal won’t be achieved until 1920, though — and Burnett will be touring the play to honor the 100th anniversary of women’s suffrage.

LEO recently spoke by phone with Burnett about her subject’s history and her play’s route to the stage. Browne and her sister “became owners of slaves from the age of 6 or 7. The sisters were in their late 20s or early 30s when Mattie was able to give them manumission bonds for their freedom.” The bonds were paid for with proceeds from a book Browne had authored — “Autobiography of a Female Slave.”

The possibilities of societal change in the 1860s seemed ripe to expand beyond the emancipation that was signed into law during the Civil War. Burnett’s research showed the abolitionists in Browne’s life “were all part of the suffragist movement. They wanted freedom, they wanted the right to vote. There were factions who, like Mattie, wanted the right to vote for men and women. But then there were factions who weren’t quite ready…” and so despite Browne’s petition, her continuing efforts as well as those of many who followed over decades, women wouldn’t have the vote until passage of the 19th Amendment.

Burnett originally had two ideas for how she wanted to bring Browne to the stage and so she wrote two plays — neither of which used the single-performer format. The playwright recalled, “I was very fortunate to work with a group of actors and directors and playwrights to workshop these and the feedback was very helpful. Then the Kentucky Chautauqua was holding auditions — and that gave me the needed energy to craft the play as her.”

So, now Burnett takes the stage as Browne. Much of the play is readings of the suffragist’s own words. But there is also what Burnett refers to as “connective tissue” — and in this, Burnett-as-Browne onstage explains why this historical figure’s story must be told. Unfortunately, one of the reasons is that the work begun by abolitionists and suffragists still isn’t done. Whether because of the violence of 2017’s Charlottesville rally or the current revelations about Virginia officials in blackface, Burnett said, she finds herself “reworking the text in rehearsals — trying to listen and hear and speak it again for the first time. And there’s something in there. There are things in my play that have very current resonances. Some of the things that [Browne] was striving for and hoping for and expecting to move beyond very quickly — clearly didn’t happen.”