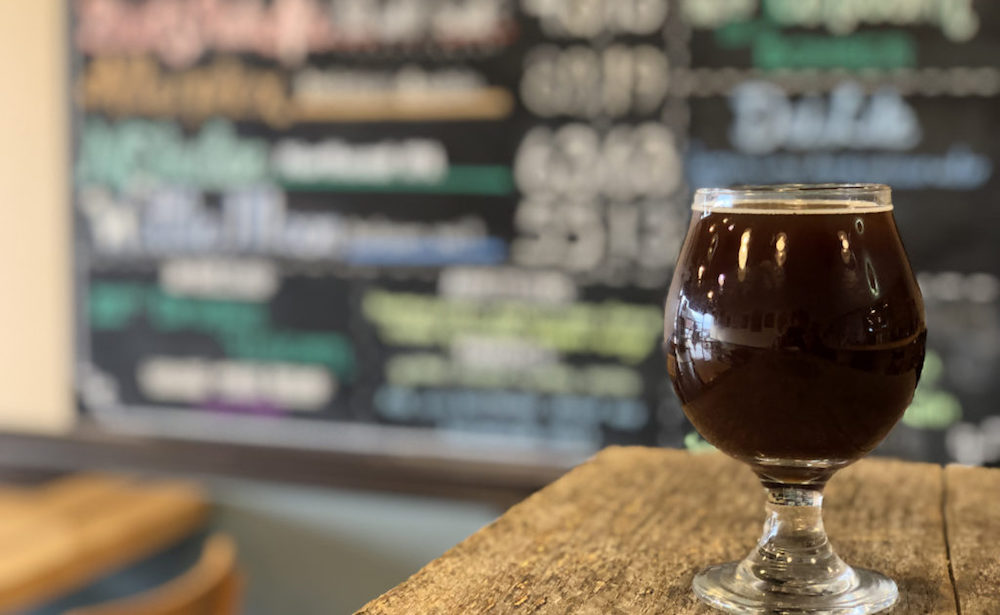 Local and national craft beer markets have continued to boom, but with the massive influx of new breweries over the past decade, some now wonder whether 2019 is a good time to open one.

“The days of open-one-and-you’ll-be-successful are gone,” Wade Mattingly, founder of Old Louisville Brewery, said. “If you think just because you brew good beer … you’re going to be in for a surprise.”

And yet, it’s never been more tempting.

There are now more than 7,000 breweries operating in the United States. In Louisville and Southern Indiana, there are 21 microbreweries, and 14 of them have opened in the last five years.

In that half-decade timeframe, not a single brewery in Louisville has closed its doors.

LEO spoke with several prominent members of the local and national beer community, and the consensus is: It’s possible to start a new brewery in 2019 and be successful, but it’s going to be an uphill battle because of the increased competition. The key is a rock-solid and locally-focused business plan.

“Do you have a truly special beer to offer? A geographic niche that is not currently served? Something else?” said Trey White of Anderson Valley Brewing Co., a California company that opened in 1987. “Expect resistance from retailers and distributors, and most of all, be ready to work very hard and be really competent if you hope to win.”

Overall, the national brewery failure rate is still pretty low — only 2.6 percent of U.S. breweries closed in 2017. Comparatively, about 20 percent of all small businesses fail within their first year, and roughly 50 percent fail by the end of their fifth, according to the U.S. Bureau of Labor Statistics. But, as the number of local microbreweries continues to expand, how many more can Louisville support?

Shawn Steele of False Idol Independent Brewers — which opened in 2018 and is Louisville’s newest brewery — was the most optimistic person we talked to. He said he doesn’t exactly believe in the supposed craft beer bubble, except for maybe at the top, but he shares the sentiment about how new breweries should have a unique and concentrated plan, much like False Idol has done with its vegan food partner V-Grits.

“There’s only a craft beer bubble in the sense that it’s top heavy — there’s only so much room at the top,” Steele said. “The key is to go with something smaller — serving a neighborhood and not a tri-state region. Keep it small. Find some unique element you can pair up with. Can you team up with a coffee roastery? Food? Music records? Craft beer isn’t so novel anymore … it’s expected … it’s a great thing, but people aren’t going to show up to your brewery to sit there for four hours. They need something else to do to complement what you’re doing.”

The path(s) to success

Maybe you have a great business plan — and maybe even better beer. But will the consumers care? Brian Holton, the founder of both Monnik Beer Co. in Louisville and Beer Engine in Danville, Kentucky, advises focussing on your taproom.

“In America, there is an increased interest in locally-made beer,” he said. “People have their favorite taprooms and they support them. The flipside of that is that breweries should be cautious expanding their distribution footprint. They will be going into markets where beer drinkers are fiercely loyal to their local beer. If you want to succeed in those markets, you need to have an actual human presence there.”

Roger Baylor, beer director at Pints&union, a pub in New Albany, Indiana, agreed that new brewery owners should embrace the taproom model this upcoming year, not just for the local feel aspect, but because of fresher product.

“Crush the tap room/community center model, draw patrons with a comfortable, friendly local vibe, and make bank on freshness in the form of package sales, because never is the distance shorter from fermenter to customer than a brewery’s front door,” he said. “Above all else, don’t neglect the dozens of other delicious beer styles not called IPA. If you love Rauchbier, then brew it. Teach it and live it, and folks will get it.”

As consumer trends change, so do the producers. Steve Hindy, founder of Brooklyn Brewery and author of “The Craft Beer Revolution,” said he believes that the power of innovation will move breweries forward in 2019.

“Innovation is the future of craft brewing,” Hindy said. “Ciders, flavored malt beverages, alcoholic sodas, CBD and THC-laced beverages, nonalcoholic beers — all the above and new and old beer styles are on the minds of craft brewers these days. At Brooklyn, we are launching an alcohol-free beer called Brooklyn Special Effects in Sweden this month.”

Hindy noted that Special Effects will also be available and tested in some U.S. markets throughout 2019.

While smaller brewers most likely don’t have the means to ship beers halfway around the world, and, as mentioned above, they should hone in on their neighborhood, the point is that innovation is now a big part of survival. Stillwater Artisanal Ales founder Brian Strumke likened the present-day beer drinker to a social media user.

“Just as people are addicted to scrolling through Instagram,” Strumke said. “They want to browse the beer cooler of colorful labels. So, for those joining the game in 2019, have lots of ideas. Data is shared at a constantly increasing rate, which naturally leads to a more informed consumer base as well as better skilled producers. This also lends itself to a base of short attention spans.”

Joel Shelton of Shelton Brothers, a beverage distributor of some of the most sought-after beers in America, realizes just how daunting it must feel to open a brewery in the U.S. right now. But, for anybody willing to make it work, he offers this advice, which aligns with the pleas for innovation but relies on the fundamentals of solid, accessible flagship beers.

“The brewers need to create an identity and see if there’s a niche there, like indigenous ingredients/barrels that aren’t widely known or utilized. Along with that, having a very solid, go-to beer at a good price is the only way to establish any hope of permanent placements. Personally, if I were thinking of starting a U.S. brewery, I would focus on making extremely drinkable, well-made, solid products more or less within the tried-and-true traditional styles — hopefully, a great Pils and Pale [Pale Ale]. Create funkier stuff on the side that has something unique about it, just to be cool.”

Maybe there’s something to be said for going traditional — low A.B.V. pilsners and lagers. You know, beer-beer. Dan Shelton, Joel’s brother and founder of Shelton Brothers, said he believes this might be the case.

“I wrote almost 20 years ago that Mahr’s Ungespundet Lager (a Kellerbier from Franconia) as ‘tasting like beer.’ At the time, it was meant in part as a side-swipe at bombastic beer writing. Now, it seems to me even more to be a plea for a return to sanity in craft brewing — and a prediction.”

If brewers don’t go in that direction, Dan Shelton said he is somewhat concerned.

“Serious brewers and beer drinkers now are in despair about new craft beer ‘styles’ that are meant to appeal to people who don’t really like beer as we know it,” he sais. “It’s not just ‘pastry stouts’ and beer slushies for people who normally prefer cake and ice cream…the more insidious inventions recently are …’hazy’ IPAs which, at their best taste exactly like any IPA, but with a wholesome-looking cloudiness, and at their worst are like half-fermented wort that is sickeningly sweet and resinous, tasting more like their raw ingredients than a properly finished product. While these crazes are raging, beer with the subtle complexity and character that are the gift of fermentation, properly respected, are being crowded out.”

Dan Shelton said he believes that the best American breweries are the ones that are making an effort to bring back the classics, such as a Hefeweizen or other earthy, nobly-hopped traditional English ales. These are, according to Shelton, “an endangered species that can’t be allowed to disappear.”

Maybe the conversation surrounding what a successful brewery should look like in 2019 seems complex, but what all of this advice boils down to is what Steve Jobs told us years ago: Think Different. Because if you’re not creating the trends, you’re continually trying to keep up with them.

Essentially, you have to be unique, without following the latest flashy idea into the deep end.

“The old adage akin to the ‘when the world zigs, zag,’ comes to mind,” said Greg Koch, founder of Stone Brewing. “We are clearly in a bandwagon-hopping time in craft beer, and as such, I’d strongly caution anyone thinking about getting into the business today. The question I’d suggest that one ask themselves is ‘What can I do to be unique? How can I stand out, rather than simply copy?’ One must wonder how long a string of photocopies of photocopies can continue, before you end up with little more than just a bunch of poor-quality copies.”

The path to patience

In early 2017, Boston Beer Co.’s cofounder Jim Koch penned in The New York Times that “the craft beer revolution is over.” Now, two years and nearly 2,000 new U.S. breweries later, that is yet to be confirmed. However, some do believe that the craft beer bubble has burst and maybe right now isn’t the best time for brewers to open up shop.

Garrett Marrero of Maui Brewing Co. advised against it, unless “you’ve got something significant to distinguish you from the large number of breweries — or an amazing pedigree and following as a brewer.” Kate Russell of Hopkinsville Brewing Co. said, “I do believe that the craft beer bubble has burst.” But she had one recommendation for anybody willing to take on the project: “I would recommend that anyone looking to open a brewery do their homework with the Brewers Association to make sure they know what they’re getting into.”

But don’t give up on the dream yet, even if you have to wait a bit longer. “We’re starting to see closures [nationally] for all sorts of reasons,” Marrero says. “And if a brewery is your dream, keep working towards it, but keep your cash on the sidelines and look for an opportunity to enter later.”

“Broadly, the closings mirror those of any small business,” Watson said. “There are closings because of partner disputes, landlord issues, divorces, retirements, changes in life path, and more. Yes, some are brought on by financial pressure and competition, but that’s often only one piece of the puzzle. Some people simply decide they are tired of the grind of running a small business.”

If you open a brewery in 2019, you’ll have more competition than anybody else who has ever opened before you. The consumer has more access to other beer and are better informed, all while having more jaded opinions than ever. Depending on your brewers’ creativity, you might be trendsetting (and taking risks) or simply trying to keep up (and failing). And with any operation, there are some extreme financial risks. But your national and local brewers associations and guilds are there to support you. There are even those in your own neighborhood who will support only your brewery, if for no other reason than it being local. All in all, opening a brewery of your own is a bit of a gamble this year.

I caught up with Dan Carey of Wisconsin’s New Glarus Brewing, who offered a bit of advice we could all probably use.

“To truly succeed in any endeavor, one must have a purpose beyond self-gratification,” he said. “Whatever you take on, do it for the common good. If you do this with honor and generosity, good things will seek you out. This has been proven to me time and time again.”