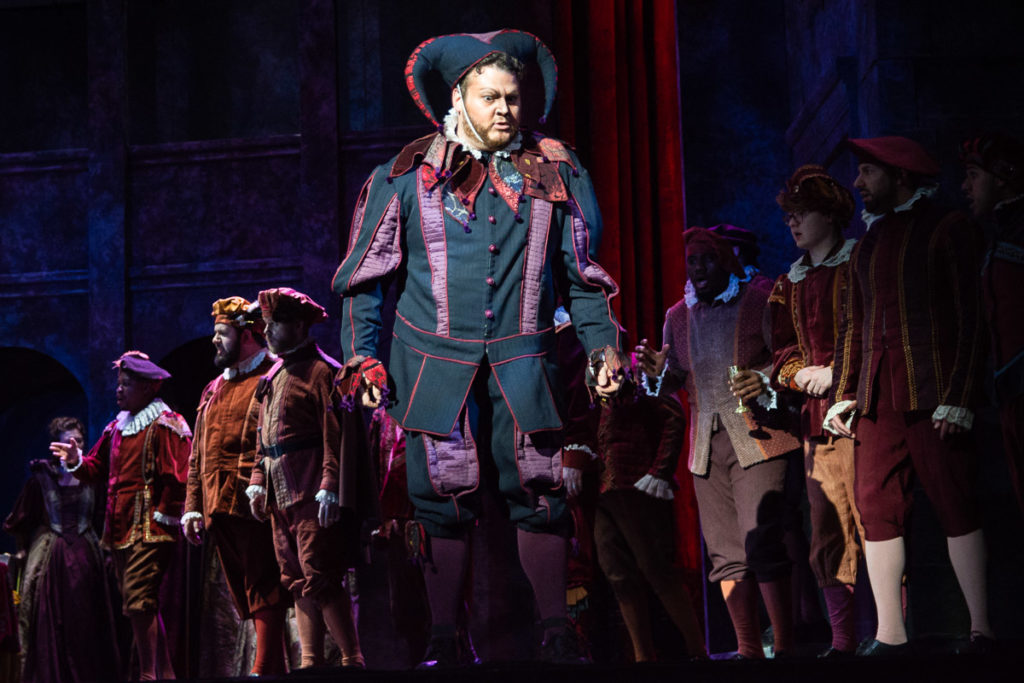 “Rigoletto” is a three-act opera by composer Giuseppe Verdi. It was highly controversial when it premiered in 1851, but, through the years, it has become one of the most-performed operas. While it has been done in a range of modernized ways, the Kentucky Opera’s performance at The Brown Theatre this weekend will be a traditional take, staying as close to historical truth as possible, as it is set in 1530s Italy.

According to stage director Kathleen Belcher, Rigoletto, the main character, is, “a jester in the court of the Duke of Mantua which is a very corrupt and licentious court. Rigoletto is hated by a lot of the court because he can get away with saying things in the guise of a joke that other people can’t get away with saying, so he has the ear of the king, as it were. He gets away with a lot so as a result, he is higher up in the status and the other courtiers are below him. Another gentleman by the name of Count Monterone enters the court and demands the return of his daughter who has — we don’t really know how — lost her honor. Rigoletto proceeds to make fun of him, and Monterone places a curse [upon Rigoletto] at which point a whole slew of revenge plots take place.”

The photos below are from the beginning of the first act of the opera, which starts with a raucous party. We meet many of the main characters up until Rigoletto is cursed and the scene ends.