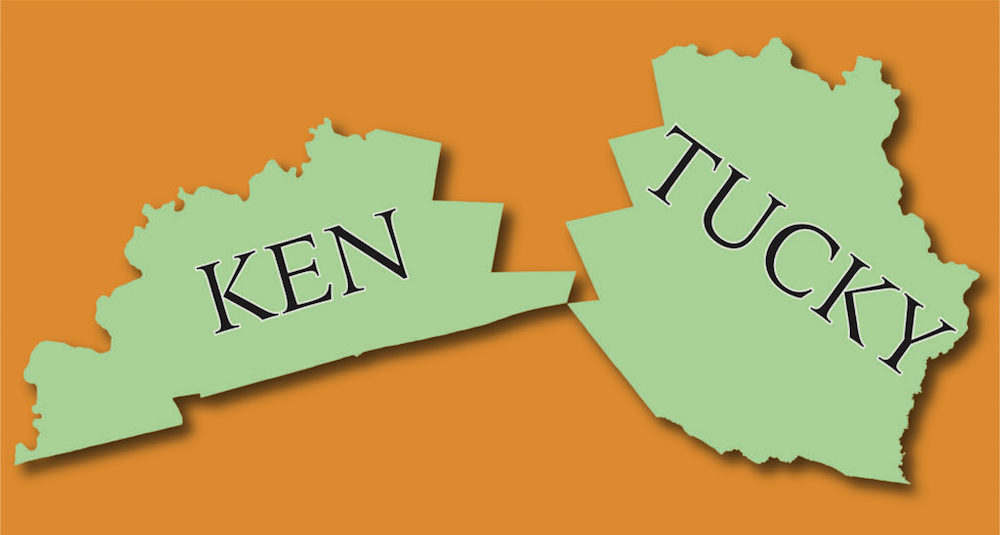 In the modern era, governors have faced tough attorneys general, and the state laws benefited. When the rivalry was muted, corruption crept in. A vigilant attorney general can defend the Kentucky Constitution against governors who ignore the law.

In January, the book slammed shut for candidates seeking to run in the 2019 state primaries for these two offices. With current Attorney General Andy Beshear running for governor, his powerful office will be empty.

And with the possible re-election of Gov. Matt Bevin (and running mate Ralph Alvarado), the next AG will face two mid-life adopters of Kentucky’s charms, men with less than 50 combined years of state residence and little evidenced knowledge of the Commonwealth’s constitutional system.

In such a case, not only should the candidate be an able lawyer, but they’ll need some fight. The office is one where the ambitious and partisan need apply.

This is not a timeserver’s job — hands get dirty and elbows scraped — and its occupant needs extra incentive to fight the tough cases. Party spirit and a hunger for the governor’s mansion fits the bill nicely.

That was certainly the case with Andy Beshear — and it turned out to be good for the state and its constitution. He went to the courts to delay and overturn several legally dubious actions by Bevin and the legislature.

This isn’t new; the rivalry between governors and attorneys generals has long curbed the corrupting power of the statehouse.

Before the Bevin-Beshear face off, Gov. Ernie Fletcher’s worst instincts were challenged by Greg Stumbo in the mid-2000s. Stumbo took on Fletcher out of the gate. When the legislature failed for the second time to pass a budget, Fletcher instituted his own executive spending plan. The attorney general sued and got the state Supreme Court to rule that the plan violated the separation of powers, specifically the legislature’s power to appropriate. (Remember this case when President Trump uses emergency powers to appropriate funds to build his wall).

But Stumbo really took on Fletcher when he convened a grand jury to investigate whether the governor’s staff violated Kentucky’s civil service laws. Then, Fletcher pardoned everyone involved and Stumbo took that issue to the high court, which held that the pardon was an almost absolute power.

Damn, I guess we’ll have to remember that case, too.

And while in the 1970s the office-climbing, young AG Steve Beshear tangled with fellow Democrat Gov. John Y. Brown, generally a partisan edge preserves the law better. When Steve Beshear was governor, the state might have been better served if the attorney general then, Jack Conway, had the same edge as did the young Beshear.

Gov. Beshear’s laxness in appointing African-Americans to the UofL Board of Trustees gave his successor Bevin extra justification to dissolve it. That led to a major accreditation crisis for UofL, and the legislature had to rewrite the law to fix the mess.

So what about the 2019 candidates? Will they fight for the Constitution or play nice with their party slate-mates?

The Republican primary will be contested by Cameron, the former general-counsel to U.S. Sen. Mitch McConnell and Schroder, the son of the former Kentucky Supreme Court Justice.

State Sen. Whitney Westerfield had filed, but dropped out before the filing deadline, leaving some to speculate that Bevin and McConnell had brokered a deal to bolster the overall ticket. Cameron is African-American, well-liked in Louisville where he played football and well-funded through his McConnell connections.

That makes Cameron the frontrunner. He has a solid résumé for a young lawyer. He clerked for a federal judge, advised the Senate leader and practiced law at top state law firms.

Cameron’s affability and his McConnell roots makes you wonder if whether he would take on the Bevin administration or the Republican legislature if they take a course that he — privately or publicly — determines to be contrary to state law.

Based on the career of his independent minded father, Schroder seems far more likely to break with his party on matters of principle. However, it’s hard to see him winning a primary against Cameron once McConnell begins directing money to his protégée’s coffers.

With Alison Lundergan Grimes skipping the race, Democrats are left with a veteran campaigner who was first elected to the legislature in 1980.

It being 2019, I hoped to see a fresh candidate, maybe a woman or person of color, in this race. But as our lottery board keeps reminding us, “you have to play to win.”

Whatever one feels about his past as a legislator, as Lincoln said about Grant, at least Stumbo fights. He is no progressive, and has disappointed liberals more times than Mayor Greg Fischer has opened a new Bourbon Trail location. But he understands the state Constitution. And he’s faced down a Republican governor, winning some and losing some but making sure the courts fully weighed on the issues.

If elected, he will be in Bevin’s grill 24/7. But, frankly, I think that even if Andy Beshear ends up in the mansion on Frankfort’s Capital Avenue, Stumbo won’t give him a free pass.

After weeks of speculation that Bevin would replace the tone-deaf Commerce Secretary Wilbur Ross in Trump’s cabinet, he’s now clearly in to win. Unless Kentucky Democrats wake up and vote in odd-year elections, Matt Bevin could well be re-elected.

In that case, the best hope for the constitutional institutions of Kentucky is the dour countenance of Stumbo glowering at Bevin from the Attorney General’s Office.

Kurt X. Metzmeier, is the author of “Writing the Legal Record: Law Reporters in Nineteenth-Century Kentucky” (University Press of Kentucky, 2016). Although he is a law librarian at the UofL, the opinions this article are his own and do not represent those of the university or any of its institutions.