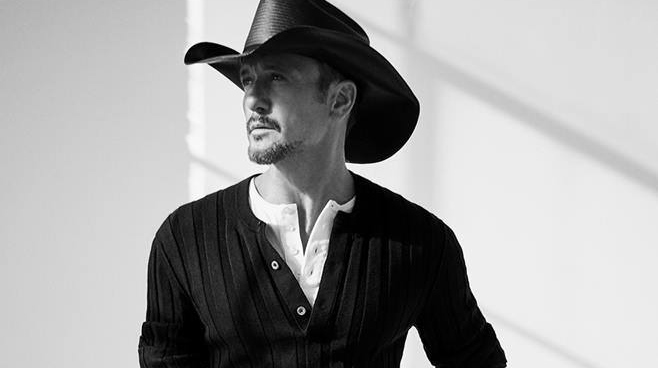 It will take place Sept. 14-15 at the Highland Festival Grounds at the Kentucky Expo Center, followed on consecutive weekends in the same location by Bourbon & Beyond and Louder Than Life. Those two previously have been at Champions Park, but last year were rained out.

“Hometown Rising is a blend of the music and culture I grew up around, in a place I now consider a second home,” Danny Wimmer of Danny Wimmer Presents said in a press release. “While DWP is best known for our rock festivals, I was surrounded by country music growing up in Jacksonville, Florida, and I’m excited to be expanding our portfolio with a genre and a place that are both close to my heart. I can’t think of a better location to launch a country music festival than right here in bourbon country.”

Hometown Rising tickets go on sale on Friday, Feb.15 and start at $99.50 for a two-day weekend general admission pass. And something new in 2019 — the Trifecta Pass, which can be purchased for $229.00, and allows general admission access to all three events. The lineups of Bourbon & Beyond and Louder Than Life have yet to be released.

After a press conference announcing the lineup and new location, Mayor Greg Fischer told LEO the three festivals are important to the city’s tourism.

“We worked hard with these guys,” Fischer said. “It’s a significant part of what we’re trying to do — to send a message to the country that this is a great festival… a great music city… and food and bourbon, for that matter.”

Bourbon & Beyond, a classic rock-leaning festival that will be in its third year in 2019, will take place the weekend after Hometown Rising on Sept. 20-22, and Louder Than Life, which will be in its sixth year, will follow on Sept. 27-29.

Last year, Bourbon & Beyond was cancelled after its first day because heavy rain caused unsafe conditions at Champions Park. Louder Than Life was also cancelled the next weekend for the same reason. Afterward, state and city officials conducted tests to see if RVs and other vehicles had unearthed hazardous waste at Champions Park because it is built on the former Edith Landfill.  No toxic material was exposed, officials said.

As part of its agreement to use Champions Park, Danny Wimmer Presents agreed to restore the area to its original condition and make improvements.

“It’s in the process of healing,” Fischer said of the park. “Everything that Wimmer said that they were going to do, they are in the process of doing or they have done it. It will be put back to the way it was before.”

“Now, it’s probably going to be 10 years of sunny Septembers, but now that issue is taken off the table,” Fischer said. “For folks coming to visit the city, we’re going to put that weather concern behind them. The Fair Grounds are vastly underutilized, so it’s got great space. It’s got a huge amount of parking. It’s a constructive venue that makes sense.”

But, Hayes said, “If this was at the Expo last year, we wouldn’t have had to cancel.”

Louisville is the only city where Danny Wimmer Presents hosts more than one music festival, something Hayes attributes to the energy and culture of the city.

“There’s something very unique and special happening here that we were not aware of at all, before we first came here,” Hayes said. “And, then, you come here and you’re awe struck by the energy and the passion of the city and its citizens. And that’s infectious.”