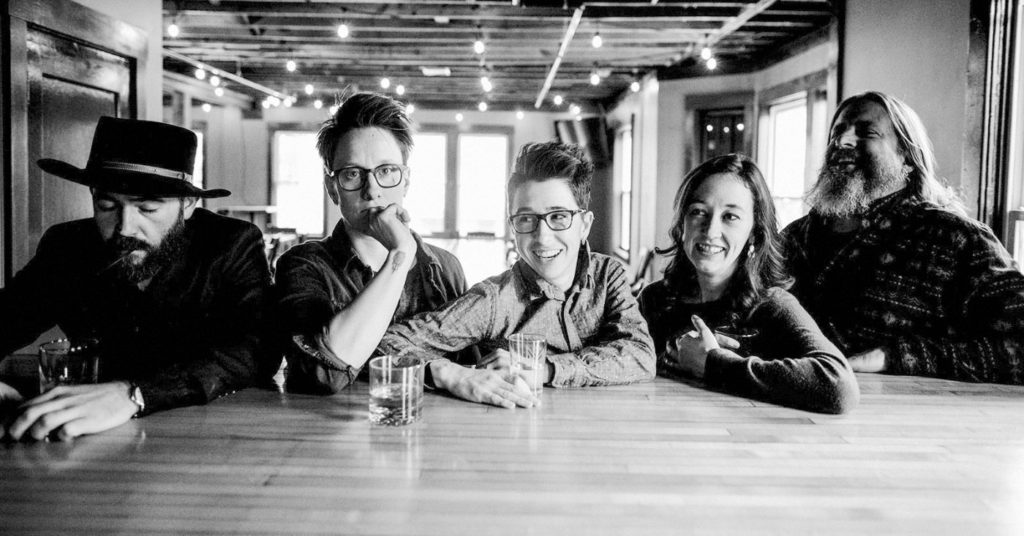 When Amanda Lucas and Audrey Cecil of Bridge 19 got together for one of their regular writing retreats last year, they had no intention of writing a song like “The One.” But, at the time, Larry Nassar’s trial was taking place.

“It was when the women were giving their victims’ statements that really prompted a conversation about them and our own experiences with Me Too that inspired us to write this song, how brave they had to feel to get up in front of the person that did that to them and how it made them feel,” Lucas said.

Cecil added: “We were gobsmacked at the effect that [Nassar] had had on these people and our country and the world. Another impetus for the song was entitlement and how systemic it is — how the perpetrators have a sense of entitlement to whatever they want.”

Writing the song together also brought new conversations into their more than 20-year friendship.

“We’ve never talked about anything like that before,” Lucas said. “We’ve both had experiences where we both felt assaulted, violated and I would venture to say almost all women have had some experience where they have been violated in some way. But to get it out in the public, maybe your friends and family members will ask questions like, ‘Well, what happened to you?’ It might be nerve-wracking, but also feels good and liberating, too.”

Under the weight of such a topic, one might expect for the resulting song to be instrumentally somber,  but “The One” is a mid-tempo, alt-country pop ballad. The foundation of the song is anchored by a hypnotic drum shuffle and jangly guitars, with a melancholy wail of pedal steel and an unexpected accordion solo — and let’s not forget the horns! But those parts are all mere decorations surrounding Cecil and Lucas’ haunted vocal melodies and melted-together harmonies.

“Personally, I was nervous about releasing the song,” Lucas said. “We didn’t want it to cause trauma or any type of PTSD from a personal experience someone might have had, because we did write it from the perpetrator’s perspective. We were very aware throughout the process.”

According to Cecil, there’s a very specific reason they chose the POV of a man following a woman uninvited.

“Amanda and I have actually had an experience together where we were followed by someone after a show once,” Cecil said. “In the beginning of the song, the guy, he goes to introduce himself. She blows him off and, so, he follows her. That’s one of the reasons why, because that’s happened to us. And we both just couldn’t imagine what it would be like to feel like you have entitlement to talk to women a certain way, to follow women home, to touch them when you don’t have permission.”

Cecil and Lucas released “The One” on the one-year anniversary of Nassar’s sentencing, and they are also donating portions of the song’s digital sales to a nonprofit benefitting women’s rights and legal needs.

“It may be small in the grand scheme, but we can’t afford to let this continue,” Lucas said. “Awareness is key, and we hope we can help one person share their story and help bring justice.”

‘The One’ will be on the forthcoming LP, In The Afterglow