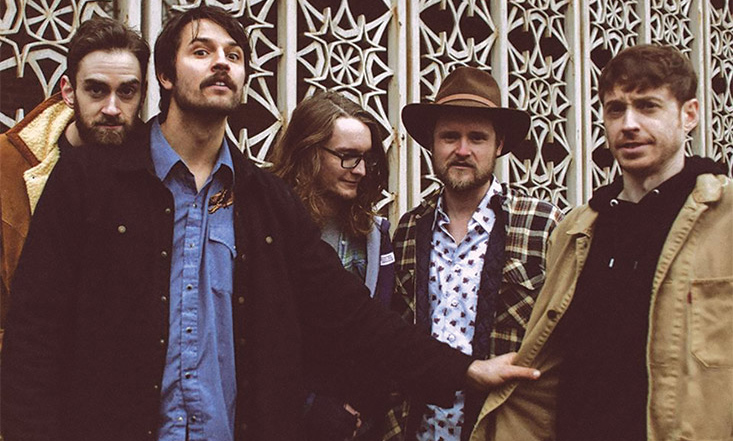 Bendigo Fletcher creates musical romanticism at its grandest. Where a lot of bands put a premium on the music, with lyrics a distant second, Ryan Anderson, the band’s creator and chief songwriter, prefers to make it all about the story, weaving tales about love and the haunting truths of real world relationships. Case in point: their melancholy ballad, “Wonderfully Bizarre.”

“I think it’s about just being vulnerable,” Anderson said of the song. “To have a relationship. I guess I learned through a few relationships I’d been in and the eventual dissolving of those relationships that you kind of learn as you go. You learn what role a partnership can play in your life and not just like in some dreamy movie scene.”

Anderson is not only making an honest confession of his youthful hubris here, but is also offering some you-live-you-learn advice about the reality of partnerships.

“It has a linear change of perspective as the song goes,” he continued. “The first verse is reflective of me in a younger form, seeing love in a successful relationship as two people trying to win each other over with grand gestures and then expecting the other person to, like, save your life for it or something like that. As the song goes on, there’s still a little bit of idealism in the second verse, but a lot more vulnerability. By the end of the song, it’s just a more honest look at a working, practical relationship.”

Heartbreak and revelations aside, “Wonderfully Bizarre” is, appropriately, a gentle song, driven mostly by the subtle dalliance of acoustic guitar and piano. Anderson’s soul-pop vocals punch through with melodies that invoke the old-school aesthetic of singer-songwriters like Harry Nilsson or Todd Rundgren (who Anderson credits as a source of inspiration). There’s a balance of sonic paucity and intricate subtlety attributed to Anderson’s “DIY trial and error approach” to recording.

“I was getting into some stranger recording techniques,” he said. “I was using some voices and expressions that don’t sound like me, kind of like putting some theater in what I had written. I learned that if I stayed open minded it can change however it needs to despite the original idea of the song.”

While “Wonderfully Bizarre” is mostly a truthful account of Anderson’s experiences, he’s a savvy enough storyteller to know that some elements can benefit from a dose of additional drama.

“There’s mention of a rattlesnake skin, a timber snake, in the first verse,” Anderson said. “That’s from a day when I went up a wall, in one of those grand gesture things that came from a real moment with this girl I was with at the time. I climbed up the wall at the Southside Quarry. Up at the top, there was this snakeskin which I climbed up to get. I was thinking it would be this awesome, ‘Look at me, I just climbed a rock wall for you to get this snakeskin.’ It was probably a black snake or rat snake, but rattlesnake sounded a little more adventurous for a song.”