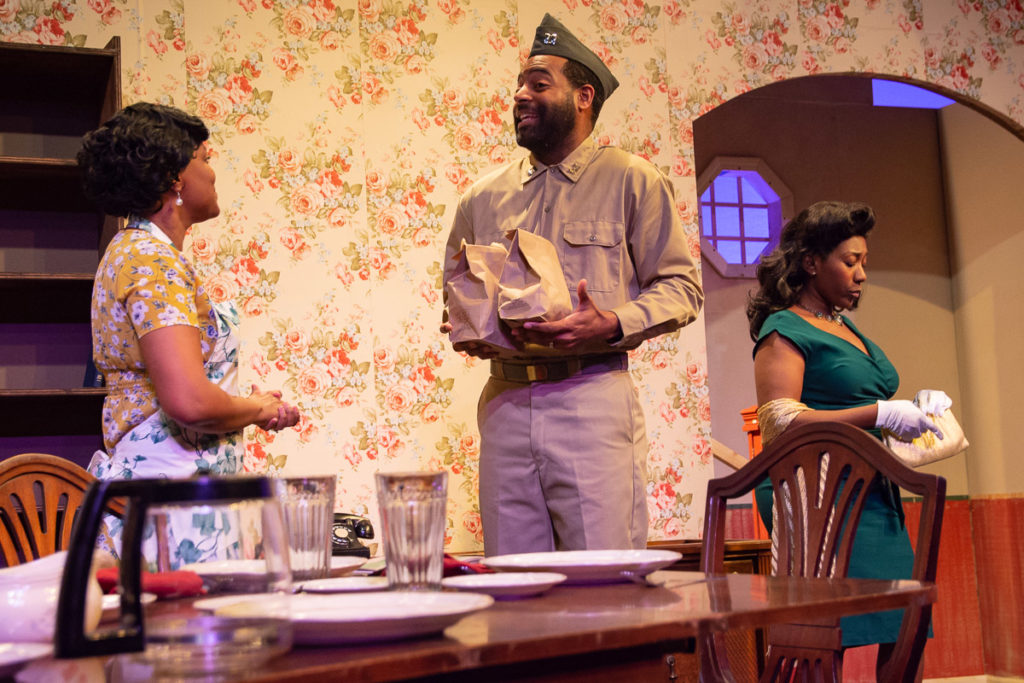 The Bunbury/ShPIeL Identity Theatre will premiere “The Green Book” this Friday at the Henry Clay Theatre. The show runs through Feb. 24.

According to co-director Karen Edwards-Hunter the play is “about a book printed from 1936-1967 for African-American motorists who were traveling through the South. The book was printed to help keep them safe, to find places for them to sleep, buy gas, food, even entertainment during Jim Crow and segregation during that time period. The play is a day in the life of the Davis family. The Davis’ have been listed in the Green Book for almost 20 years, and they take in visitors as they pass through. On this particular day, they have an Army captain and his wife, a young businessman from Harlem, New York and, in the midst of this, they are preparing for the biggest day they can think of: the arrival of Dr. W.E.B. Dubois, who is coming to deliver a lecture at Barbara Davis’, the mother’s, college. In the midst of all of that, a Jewish Holocaust survivor arrives at the door and sets off a chain of events that causes people some self-introspection in terms of how they feel about different cultures, different races and what they think about life in general.”

Co-director David Y. Chack said the play is also, “about the intersection of the issues of anti-semitism and race. Calvin Alexander Ramsey, who wrote the play, really wanted to show the historical connection that Jews and Blacks have had in the civil rights movement and that’s one of the strong reasons why he wrote the play.”

We stopped by the rehearsals to shoot some photos for a behind-the-scenes look.