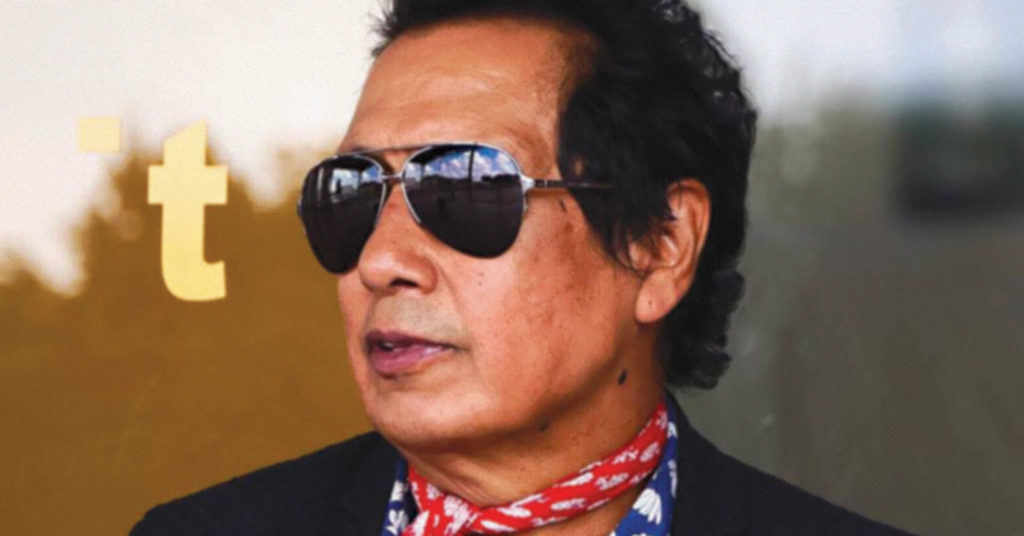 “We hike for days against the desert sun / Hear the Devil laughing.”

That is one of the many evocative, emotionally-heavy lines from Alejandro Escovedo’s recently-released concept record The Crossing, which tells the story of two boys — one from Mexico, one from Southern Italy — who make their way past the southern U.S. border, hoping for a better life. The album humanizes immigration in a time of widespread xenophobia, and while it’s not directly aimed at the Trump administration’s hyperbolic us-vs.-them existential crisis that’s centered around building a wall, the album taps into the current conversation, creating a thoughtful and vivid story.

“Our intention was to tell a really human story about these two young boys and their dreams, and what they felt that America was, and their imagination, and what it actually turned out to be,” Escovedo said. “The issues of immigration and politics are definitely played into it as a result of this current administration. The accusations that Mexicans are rapists and drug dealers and murderers.”

The Crossing, which was released this past September, is a heavily-researched album. While the characters are fictional, they are molded by a conglomeration of stories read and gathered by Escovedo. Along with Don Antonio, the Italian band that he cowrote the record with, Escovedo compiled as many real-life accounts as possible.

“I read a lot of poetry dealing with immigration,” he said. “A lot of books by Dreamers. A lot of articles about Dreamers. We interviewed a lot of Dreamers in Texas, and the album certainly applied the stories that were told.”

And the reliance on collaboration doesn’t end there. MC5 guitarist Wayne Kramer plays on the rollicking “Sonica USA.” The Stooges’ James Williamson appears on the punk-driven “Teenage Luggage.” “Waiting For Me” features Peter Perrett and John Perry from The Only Ones, recording together for the first time since 1980. Singer-Songwriter Joe Ely penned and contributes vocals on “Silver City,” a piano-driven, down-and-out ballad. There’s also a spoken word track about a Texas Ranger that was written by novelist and musician Willy Vlautin, which is read on the album by his Richmond Fontaine bandmate Freddy Trujillo.

“At the core of the record, it’s about joining together and making a statement,” Escovedo said about the many guest appearances. “Especially when you think about the fact that this Chicano rocker from Texas joins forces with this Italian band and pulls in people like Wayne Kramer. I think that in itself is a great statement about unity.”

The 68-year-old Escovedo has been releasing records and touring since the late 1970s, first with the punk band Nuns, followed by stints in a few alt-country bands, and finally starting his solo career in the early ‘90s, which had been versatile and prolific, as he’s released more than ten studio albums. His record previous to The Crossing, 2016’s Burn Something Beautiful, is highly-personal. It’s about the hurricane he and his wife were stuck in and the resulting trauma. It’s also about losing close friends, sobriety and analyzing where he was at in life. On the surface, Burn Something Beautiful and The Crossing seem like totally different records. One is made up of mostly autobiographical songs processing a rough period of his life. One is a novelistic story about two young people searching for their dreams, backdropped by a contentious immigration situation. But, even though Escovedo pulled in a lot of voices and resources for The Crossing, he still poured a lot of himself into the characters — revisiting being young and searching for his path, while facing struggles and trying to find inspiration. The story was just broader this time.

“There’s a lot of similarities, because even though this album has two characters that we created for a story, there’s so much of myself and Antonio in the characters,” Escovedo said. “It’s hard to differentiate what seems personal and not-so-personal.”