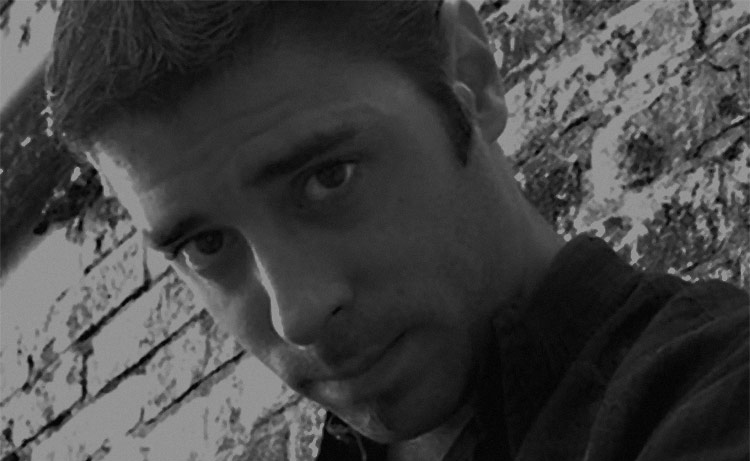 Comedian Slade Ham had never been out of Texas, that is until he somehow got on a tour in Germany right after 9/11. “I remember at the top of the list of instructions the military gave us, it said: ‘Don’t act overtly American.’ I’m from southeast Texas — that’s like American to the tenth power.” Ham has since made audiences laugh in 47 countries and on six continents over the last two decades. He documents his journeys at sladeham.com. This week, he headlines at The Caravan.

LEO: How did your love of traveling come to be?
Slade Ham: I’m a southeast Texas kid. The first chunk of my life, I never really left. Then, I was put on a comedy tour for overseas troops that I had no business being on. I had started doing comedy in April of 2000, and this was October of 2001. So, I’d only been doing comedy for a year and a half. It was an independent company that put on overseas shows for troops and stuff. I submitted myself. They could tell I was green, and they put me way down on the list of submissions. Well, 9/11 happened, and all the comics ahead of me canceled, and they finally got all the way down to my name. I said I’d do it, and off we went to Germany.

That must have been scary traveling for the first time like that, right after 9/11.
I had never left the Gulf Coast of the United States. I remember at the top of the list of instructions the military gave us, it said: ‘Don’t act overtly American.’ I’m from southeast Texas — that’s like American to the tenth power. Then, I’d come home where everyone either went off to college or worked in the factory, and I’d hear these people talking all this geopolitical bullshit. ‘What we need to do to the Middle East is turn it into a parking lot!’ I’m thinking, ‘You’ve never left the city limits. How do you know what our foreign policy should be? How do you believe these horrible things about people you’ve never met?’ Once you get out and about, and you start to explore, you start to see how varied the world is, but how much we all have in common. And it shatters all of those illusions you have growing-up in a small town.

How does your sense of humor translate to different cultures?
I can’t go anywhere on this planet where I’m not in earshot of a news story about American politics or American pop-culture. They all know what the Kardashians are doing. They all know what Trump is doing. They have American television and movies. So, all of those references hold. The rest of it is human nature in general. You can ask any person, in any country — everyone has a crazy significant other or crazy ex. In Kenya, right now, there’s a man in the Maasai tribe jumping up and down screaming about his crazy girlfriend. You just can’t escape that, so those things hold up. Most of the time it’s watching slang and vernacular …

As someone who has experienced so many cultures, what have you figured out about American culture?
One, you can’t. You can’t wrap your brain around it. Anyone who says they know is a liar. … Facebook does a great job of shoving the best parts of our friends’ lives in our faces. Then, we measure our own lives against the best parts of theirs, and we fall short. … Everyone is dealing with the same shit, but you’re only getting the snapshot that they’re showing you on Facebook.

What is the spiciest thing you’ve ever eaten?
I don’t know what it was, to be honest. I was in Ethiopia. An old friend had a restaurant there. We were talking, and he comes back with this bowl of something. It was the spiciest, kick-you-in-the-face green sauce. I was pouring sweat, yelling, ‘Give me more! Give me more!’ It was fantastic! It was the hottest thing I’ve ever had in the best way.