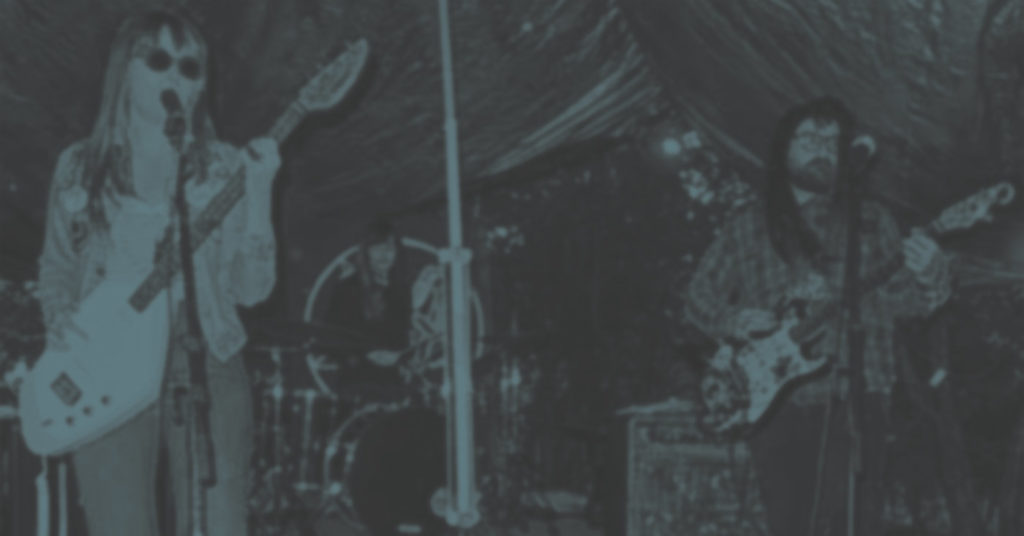 For the Sweatermeat song “Hairy Arms,” lead singer and bassist Yoko Molotov found inspiration in a familiar — although unlikely — place. “It’s about baristas with hairy arms,” she told me. “I’m not much of a genius poet, but that’s what it’s about.” To be more precise, Molotov amended, it’s about one barista in particular. “There was this barista that would lunge out of the Starbucks window with these beautiful, hairy arms. They were just so hairy. I remember that it was something that I came to be accustomed to every morning, seeing her ivory arms, billowing with fur, handing me my macchiato.”

“Hairy Arms” is an early Sweatermeat song, dating back to their first release in 2014. Molotov said it’s a “signature song” for the band, which, is certainly an accurate representation of their sound and style. “It’s a lot like ‘Break On Through’ by The Doors, which we always laugh about because it’s so silly. We write very organically, very quickly. The best things come out very quickly and effortlessly, and that’s how ‘Hairy Arms’ came out.”

For a song that clocks in under two minutes, “Hairy Arms” packs a punch. It’s simple and catchy. It’s raw fuzz bass and jangly guitars. It’s unpolished in exactly the way you want a good punk song to be. And your feet will find themselves tapping to the beat whether you want them to or not.

Molotov deadpans sparse lyrics like, “I’m not afraid of you / I know you’re a werewolf / I’m lovin’ those girls with the hairy arms, as if she had nothing better to do.”

“I like to be kind of obtuse,” Sweatermeat said. “Iggy Pop said the best songs are written with, like, 25 words. You know, ‘I Wanna Be Your Dog,’ ‘No Fun.’ You really don’t have to be verbose.”

Molotov prides herself on providing her audience with a good show, aiming to steer clear of any “self-serving” material that some artists, the ones that get a little too caught up in themselves, sometimes dip into.

“‘Hairy Arms’ is just a really good nugget,” Molotov said. “It’s high-energy. It just has a good energy. People who come to see us play a show, I feel they deserve to be entertained as much as I can. They could have done anything else, but they came to my show. I want them to be entertained, not be bored. I’m that way even when I do karaoke. I won’t sing a boring song. There’s a formula to good songs. You can make noise and avant-garde stuff, and that’s cool too, but it’s also cool to make something people can shake their butt to.”

While “Hairy Arms” is probably one-of-a-kind in terms of subject matter, there’s another person Molotov said the song evokes. “I always think about Robin Williams,” Molotov said. “I think about him all the time actually. RIP. He had very hairy arms, and he used to hang out with KoKo the gorilla, and she had hairy arms, and they were like best friends.” Molotov pauses to let this newfound information sink in: “Just think about that.”