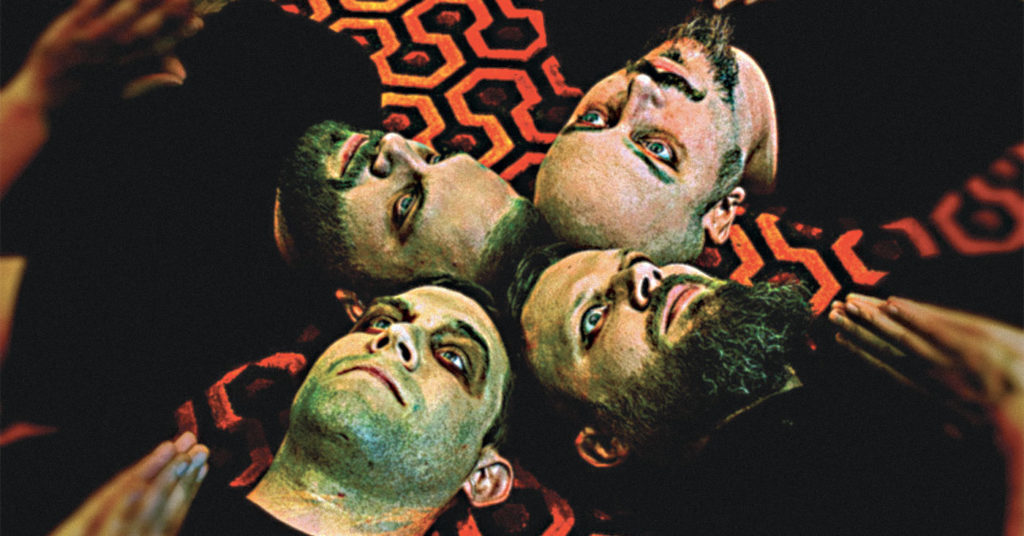 They may not have much of a catalog yet, but, according to guitarist and vocalist Phillip Olympia, “A Martyr’s Death” is definitely what a Prayer Line song is all about.

“We write songs about spooky horror cinema or other kinds of high strangeness or weirdness that happens on planet Earth,” said Olympia, who also used to run the now-defunct local music blog Never Nervous, the ending of which he writes about to the left. “So we’re kind of a gimmick band, but we take it seriously. This song in particular, which was like, our second or third song we ever did, took like 15, 20 minutes to write. It’s so simple, so dumb really.”

To that end, specifically, “A Martyr’s Death” is about the 1970s cult-horror classic film “The Wicker Man,” starring Christopher Lee, which Olympia identifies as his favorite movie.

“It’s about the movie, about Christopher Lee, about the pagan cult off the coast of Scotland in the movie,” he said. “We all really, really, love that movie and wanted to pay tribute to it.”

Olympia even admits he took the lyrics directly from ‘The Wicker Man’ — though the chances for anyone not extremely familiar with the film to recognize them is slim.

“Both verses are words taken from Christopher Lee from the movie,” Olympia said. “Actually, for the longest time, I thought it was just from the script, but when we were putting the song together I found out that it’s actually from a Walt Whitman poem, but I don’t know anything about Walt Whitman or anything like that, because I didn’t pay attention in high school. The chorus is very basic, it’s about Lord Summerisle, played by Christopher Lee, and how he’s just the best and I love him. So yeah, that’s the gist of it.”

“A Martyr’s Death” is a straightforward, three-minute song that yields a deft blending of myriad influences, from Misfits to Bauhaus to the catchy-as-hell chorus. The song’s riff stabs and struts, equal parts punk swagger and grunge aesthetics. The drums and bass carouse in step, while Olympia serenades in the deep, hollowed-out tones of a doomsayer reverend.

“My part on guitar is very simple,” Olympia says. “It’s really just a canvas for the rest of the band to do cool shit over. The day before practice I just wrote some real simple, aiming for kind of a crunchy, early-‘90s, blistering, loud-as-fuck grunge. I brought it in and Jake [Miller] added a real cool edge to it and other Jake [Hellman] added this whole groovy bass line to it that made it, you know, groovier. They took my simple idea and made it way better. There’s a twinge of Danzig-like metal but we were definitely going for a Jesus Lizard meets early Soundgarden. But very, very, simple Soundgarden, obviously.”

Prayer Line initially produced “A Martyr’s Death” themselves, however, they still found the finished product not completely to their liking. So the band turned to Olympia’s brother, a veteran studio producer, for some additional firepower: “My brother lives in Nashville and is a country musician who produces a lot of records in Nashville and we went to him. He was the one who made the song sound awesome. He took our bare bones recording and really tweaked it and made it super cool.”