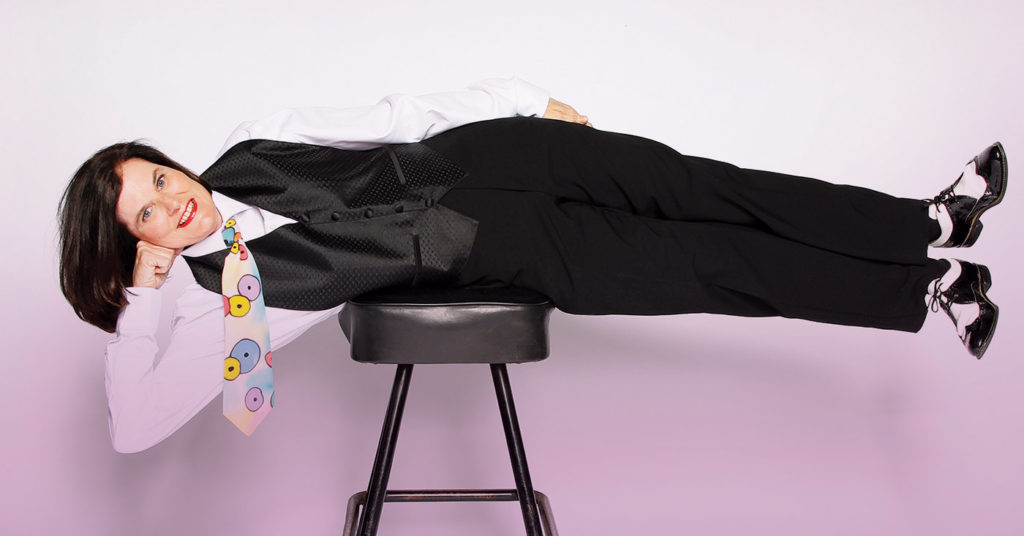 Paula Poundstone has funny Trump jokes. “It’s not hard to do,” Poundstone told LEO. “Nothing would delight me more than him not being funny… I don’t want any president to be funny. I want them all to be deadly boring.” She ought to know. Poundstone was political correspondent for “The Tonight Show”and the first female host of the White House Correspondents’ Dinner. She performs Thursday at The Kentucky Center.

LEO: You don’t tour with an opening act. Most comics don’t like coming out to a cold audience. Why is that something you prefer?
Paula Poundstone: Because I’m very selfish! I have the greatest audience in the world, and I’m not going to share them. The truth is, I go on, and the hardest thing is getting off the stage. I do almost two hours now. If I had another act, I’d have to do less, and I don’t wanna do that. I’m too selfish.

After all of this time, you still love being onstage that much?
In the spring, I’ll be doing this for 40 years. There was a brief period of time when I had those thoughts of insecurity. ‘Why aren’t I more successful?’ ‘Why don’t I have a TV show?’ ‘Why aren’t I a movie star?’ I don’t think that period lasted very long, but as time has gone on, I feel like the luckiest performer in the world. In my darkest days, parenting is a lonely job in many ways. You wade through a sea of self-doubt. I can go on stage and make a joke about it. I then realize that, somehow, I’m not the only one. It’s not a shortcoming of mine that makes this difficult. We’re all in this together. Every week, I get to reassure myself that I’m part of the human race.

You did commentary on the 1992 election for ‘The Tonight Show.’ What would you say about what’s going on right now?
I think they’d be like, ‘Now, to our NBC political correspondent, Paula Poundstone.’ They would cut to me, and I’d burst into tears. They’d nervously cut back to the host. It’s a shitshow. I have funny Trump jokes — it’s not hard to do. But it is hard to make it interesting. Talking about him onstage is like shooting fish in a barrel, and I hate it. Nothing would delight me more than him not being funny. I want the president to do well no matter who it is. I felt that when he took office. I didn’t want him. I was crushed. But I wanted him to do well, thinking, ‘Maybe he’ll surprise us.’ The moment he lied about that stupid inaugural crowd, I knew we were on a hellish downward spiral. I don’t want any president to be funny. I want them all to be deadly boring.

Robin Williams was an early fan of yours. What was he like?
He was a very, very nice and generous man. He was not the most social character you’ve ever met, quite honestly. He was when he flipped his on switch. He was sort of quiet. For a long time, I thought it was just me. Years later, I would talk to other people, and they’d be like, ‘Yeah, he was like that, wasn’t he?’ He was a generous man and a brilliant guy. People have this image that he was this wacky guy all of the time. He wasn’t.

How was working on something as beloved as ‘Inside Out’?
I have very few goals or dreams left that I really feel like I need to accomplish. I’ve been really lucky in that way. Being in a Pixar film had been one of them. So, I was truly delighted to get to do that. I love Pixar. I had been there as a tourist because my kids grew up with ‘A Toy Story.’ My daughter was 18 when the third movie came out. They were the exact age that grew up with those movies. I truly loved doing that.

Someone will inevitably write the Paula Poundstone biography. What would the title be?
Oh, I don’t think it’s inevitable. I don’t know, I know the obituary will say, ‘Never too soon.’ Every other obituary says, ‘They’re gone too soon.’ Not mine. I don’t think anybody really wants me dead, but I’m sure there are a lot of people who are waiting for me to leave the room.