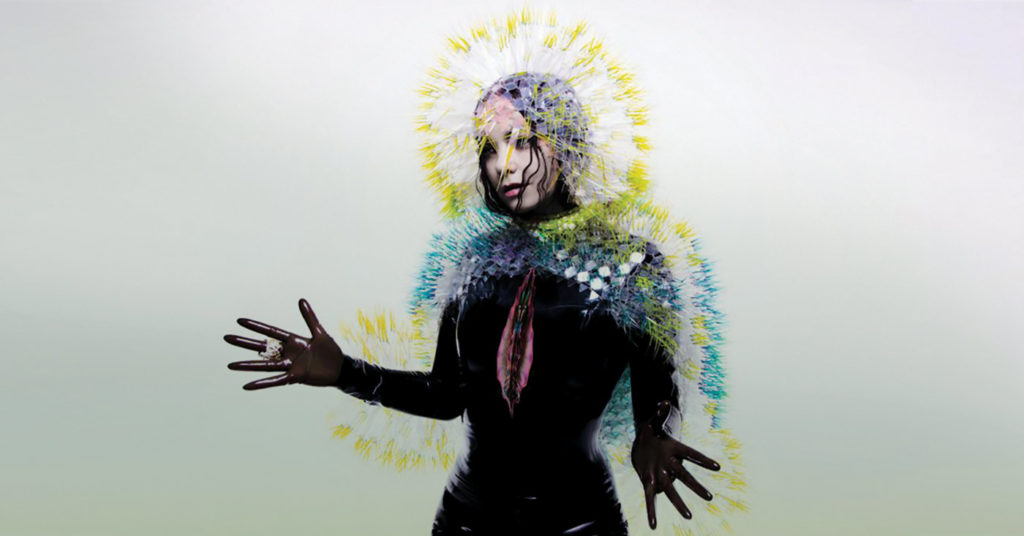 Orchestra Enigmatic, a group of chamber musicians dedicated to creating concept concerts, is continuing their regular series of tributes in 2019 with perhaps their grandest yet: The Björk Ball.

In collaboration with the community-oriented art space Art Sanctuary and the interdisciplinary art collective interstice, the event combines a night of musical performances and visual art, inspired by the iconic Icelandic musician Björk Guðmundsdóttir, who has had a four-decade career in avant-garde music.

“When I think about our orchestra and the types of artists that we like to do tributes to, we always try to come up with something that is a little bit more left-of-center,” said Jackie Royce, bassoonist and longtime Orchestra Enigmatic board member. “[Björk] is an artist that has always changed up what she’s doing, and she has a lot of ground covered as far as style and who her fan base is, or who her music appeals to. Artistically, she’s always been on the cutting edge.”

The Orchestra Enigmatic will present new arrangements of Björk’s music, as will guests singer Carly Johnson and progressive rock band In Lightning. And a similarly-inspired DJ dance party will follow. For one night, the space at Art Sanctuary will be transformed into a unified installation of music and interactive art — a winter ball honoring an influential musical figure.

“We have a handful of arrangers who we let decide what songs they would like to arrange,” said Royce. “Some of them tend to stick pretty closely to the original, and then others will take those melodies and ideas and chop and screw them a little bit. I think our mission as Orchestra Enigmatic is to create multi-sensory events where you’re not just sitting in a chair listening to an orchestra performance, but that you’re taking in all sorts of different sights.”

Some members of interstice have studios at Art Sanctuary. The group had talked about holding a Björk dance party when it heard of the orchestra’s intention to do a tribute show, so the two groups commenced plans for building a Björk-inspired world inside Art Sanctuary.

“Björk’s career provides such a playground of imagery to work from,” said artist Trevor DeCuir, who is a member of  interstice. “A lot of the installations are meditations on specific lyrics or albums. We’ll have a dance floor lined with tectonic plates for those that want to dance until the world ends. There will be alien flora and larger-than-life atmospheric elements all around. I’m in charge of building a cabin inspired by the ‘Human Behaviour’ video — it will have a cartoonish feel to it as a nod to Michel Gondry. Nearby, you’ll find an interactive, UV-reactive zen garden which was inspired by the video from ‘Possibly Maybe.’”

As with most of us raised in the MTV age, Björk’s music epitomizes a type of emotive freedom. It’s immediate in her vocal range and live performances, and it extends to the surreal aesthetics of her music videos and work in film. The Björk medium is otherworldly and full of love — a perfect vein for collaborators such as Orchestra Enigmatic and interstice to experiment with and explore.

“What I love about Björk is her ability to convey sheer joy and passion in whatever she is singing,” musician Carly Johnson said. “She reminds me to stay in the moment and to take the time to let go and fully express whatever I might be singing about. The thought of covering Björk is a bit daunting. I’ll most likely follow her lead and just try to be myself.”

From beginning her music career at 11 years old to bending the perceptions of pop music throughout the years, Björk has created a unique, whimsical and colorful approach to her craft that has inspired people across several mediums.

“She had this very DIY aspect to her music that drew me to her,” said DeCuir. “That manifests today in my art, and I think for all of us in interstice. We talk a lot about being waste witches, taking trash and turning it into art. I see that a lot in Björk, too. Her character, Selma, from the movie ‘Dancer in the Dark’ hears music where others don’t, and that’s her joy. There’s a lot of trash in the world right now, and we just want to turn it into something beautiful.”