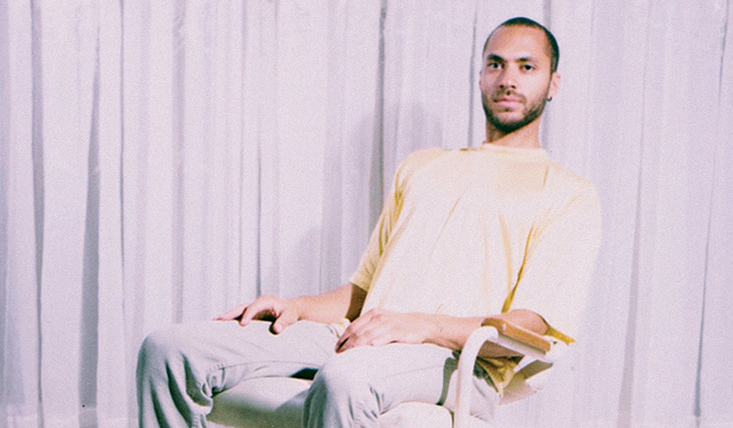 Detroit Techno DJ Derrick May once said, “Wherever the music comes from, if there’s no focus behind it, then it’s just noise.” Noah Barker’s music comes from all over, but he’s focused in on smooth synth sounds as Noisebody. With influences from his professional jazz drummer father, the arty streets of Brooklyn, a rigorous master’s program in piano performance, a residence abroad and now the people he’s come to know in Louisville, his forthcoming Breakfast Theme EP — which will be released  Feb. 15 — is set to be a new groove in electronic music. We caught up with Barker to talk about why he moved to Louisville, as well as working on several projects and monikers simultaneously and whether or not jazz is resonating with the younger generations.

LEO: You’re a New York native. What brought you to Louisville?
Noah Barker: The space and cheap rent. I’m paying less for a house than I was paying for an apartment in New York.

As a musical artist, you’ve gone by three different names over an eight-year period. Explain why?
[Laughs] I don’t know. I’m a psycho and feel like making 10 different projects! Realistically, I guess what I make has changed and needed names to represent that.

Were you influenced to take up the drums?
Oh yeah. He was the first person I played music with. He showed me grooves and beats on the drums, and I imitated him. We jammed a lot when I was growing up.

In 2014, you earned your Master of Music degree in piano performance from State University of New York at Purchase. Did you find the program fulfilling?
It did its job, but if I had known better, I probably wouldn’t have gone at all.

Mitski attended Purchase the same time you did. Any classes together? Any future collabs?
She was in a different program. I saw her in the music building a lot, but we never got to know each other. She’s a huge inspiration to me, so that would be really cool.

How did you end up living in Berlin?
I was ready for a change and ready to leave New York. I’ve always been curious about living somewhere else and Berlin was one of the places on my mind, so my partner and I just decided to go. I also knew Yves Tumor had lived out there, and I really like them. It was one of the best experiences of my life.

Did you perform out during your time there? If so, how were you received?
Yeah. I was a part of the residency at Badehaus called Swag Jam. I played some Noisebody shows out there too. I made some friends, and they came to the shows, but I didn’t get signed or anything.

Name a favorite jazz artist and the reason you’re a fan.
Herbie Hancock. His arrangements and versatility. Ornette for his freedom.

In your experience, is the jazz genre dying out with younger generations?
In my experience, I think less and less people get it. Jazz isn’t by the books, but has become that way. I think the vibe lives, but the music… it’s almost a form of classical music.

Breakfast Theme is your fifth recording as Noisebody. This EP sounds the most jazz derived with the title track being fully instrumental. Will the other songs have lyrics?
No. It’s a fully instrumental release.

With each recording your sound gets cleaner and tighter. What have you changed stylistically?
I don’t know. I’m getting older. I’m being more honest with myself. I’m not recording with a band. It’s like I’m figuring out how to express myself.