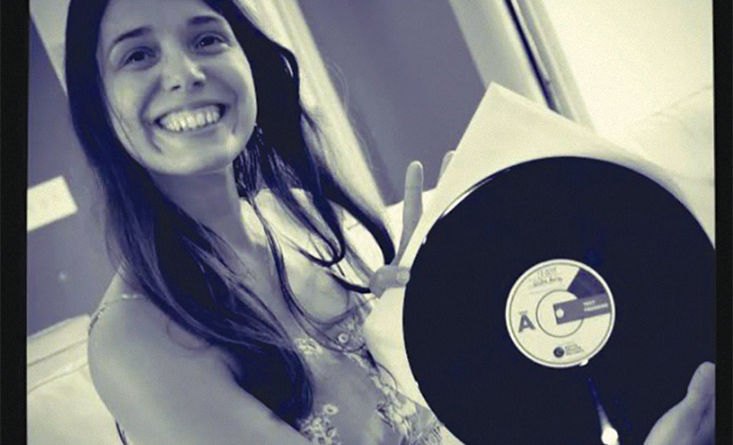 There’s been an undeniable resurgence in vinyl over the last decade, and pressing records can be beneficial for up-and-coming bands and musicians, but it’s also expensive and risky. Crosley Brands — a Louisville-based turntable and jukebox manufacturer — is helping artists through its Vinyl Artist Program, which, at its top tier, covers the cost of a 300-to-500 copy vinyl run for a recently-released album that the company wants to back. The agreement is that the artist will pay Crosley back the manufacturing costs from sales, but Crolsey takes no profit margin. There is also no timeline in which the artist has to pay back Crosley. There are also two other tiers where Crosley provides an artist with marketing or manufacturing guidance, but no financial backing.

“Our belief is that, and this is the main focus of the program, that vinyl is the most effective, most powerful connection between artists and audience,” Jeff Parrish, artist and entertainment director at Crosley, said.

The Nashville-based alt-country troubadour Kristina Murray is the first artist that was selected by Crosley. Her record, Southern Ambrosia, has honky-tonk roots and a Southern rock heart and is compelling and versatile. There is currently no genre or geographical restriction on the program — it’s just a matter of who catches Crosley’s ear. The company has a group that makes the final decisions. Parrish first encountered Murray at the Muddy Roots festival in 2016.

“You get the sense right away that she knew how to get the sound that she wanted from a band,” Parrish said. “So, that was a real plus. And I just enjoyed the sound of her voice and the songs that she sang. It just stuck with me.”

They stayed in touch, and when Murray was gearing up to release Southern Ambrosia, her second album, she became the program’s inaugural participant.

“I jumped at the opportunity because I wanted to put my music on vinyl, and it was always in the back of my head, but it’s such a cost-prohibitive move for an independent artist like myself,” said Murray, who is scheduled to perform at Gravely Brewing Co. on Friday. “And, at that point, I didn’t know if I could be able to afford it. I wasn’t 100 percent sure that I was going to be able to do it, and that’s when Crosley stepped in.”

Marcus Eaton and Laura Mae have forthcoming records that Crosley has announced. And Parrish said the company is in the planning stages with several more artists that it can’t reveal yet. He also said that a Louisville artist was in the mix to be a part of the program, but that their record’s release date was delayed, so it didn’t work out. The program is still in its infancy, but Parrish imagines it as an avenue to help under-the-radar artists build visibility, and have a new way to interact with their audience.

“When you think of the dynamic of being at a show, and assuming it’s one that you go to and really enjoy, having the opportunity to meet the artist, talk to them, buy their record on vinyl, have it autographed for you — you just can’t beat that kind of connection,” Parrish said. •

If you’re a musician interested in applying to the program, visit crosleyradio.com/artist-program.