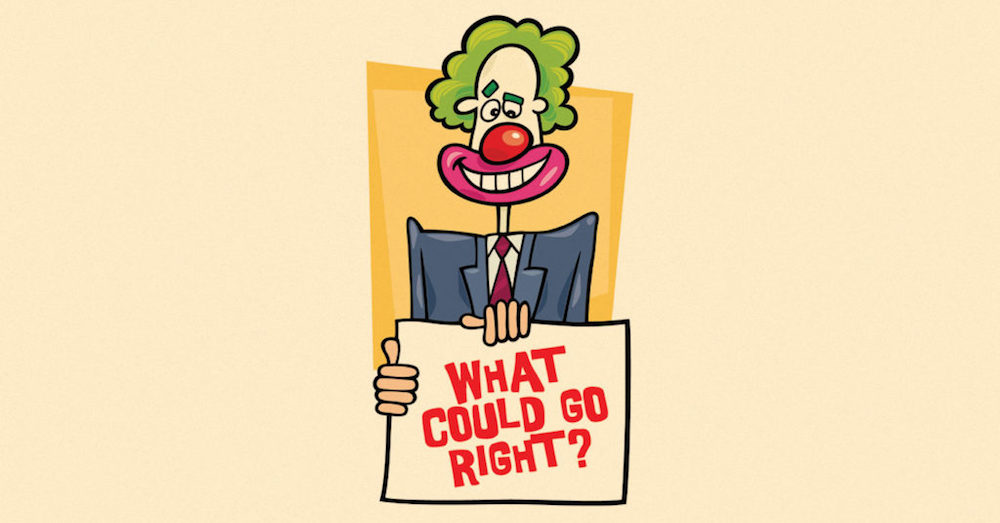 For more of LEO’s preview coverage of the 2019 legislative session, go here.

Magic 8 Ball… What will the 2019 legislative session hold for Kentucky?

“Outlook not so good.”

This is a short session, lasting only 30 days but extending with breaks into March. Still, that’s plenty of time for a lot of havoc to ensue: The Republicans enjoy super majorities in both chambers, so they can pass anything and crush, kill, destroy Gov. Matt Bevin’s vetoes. His relationship with lawmakers is… um, salty, after they abruptly adjourned his special session last month on public pensions. He heaped on more salt by accusing the legislature of stupidity or greed. “The result indicates that some of our legislators do not understand the gravity of the problem, or are here to put their political and personal interests ahead of what is best for our state’s financial health,” he said afterward. “If I had the authority to save the pension system, I would do so.”

Don’t forget, the GOP was so drunk with power on the first days of the 2017 session that it bum-rushed through a series of laws, some that Democrats had blocked for years — union-busting right-to-work and abortion-limiting bills. That means anything is possible Jan. 8, including more assaults on abortion (see below). Do not expect bills that even smell like gun control (The Marshall County shootings? What?).

Certainly, we can expect another effort to rescue the public pension system from years of lawmaker neglect, inept administration and looting. More likely, lawmakers will destroy pensions, crippling Kentucky’s efforts to attract and retain teachers and other public employees.

Maybe lawmakers will fix errors in the hastily-crafted tax law. It will take more votes to pass any correction that raises taxes in this session than it would in the 2020 session. We bet they punt some changes into next year.

On that note, expect a push to enact legislation that would fund charter schools. This would undoubtably siphon money from public schools into the politically-connected.

Maybe they will make another futile attempt to legalize casino gambling. Sports betting legislation could get through, even though much handwringing will be displayed to save face: It is a toe into the dirty, dirty waters of avarice and sin! Can we get a witness?!

Medical marijuana? A pipe dream, but the chorus is mounting.

Hundreds of bills will be filed. Here are some pre-filed:

No tax on tampons, diapers

No cat and dog torture

How can a law like this not exist, you ask? Well, in 2017, lawmakers couldn’t even pass a  law against sex with dogs and cats (let alone with livestock). BR 66 would “prohibit pretrial diversion for a person charged with torture of a dog or cat, to make torture of a dog or cat a Class D felony, and to prohibit any form of early release for those who torture a dog or cat as a way to threaten, intimidate, coerce, harass, or terrorize a family member or member of a dating relationship.”

It is bad enough being a victim of a crime. BR 142 would “prohibit employers from discharging or retaliating against an employee who is a crime victim when the employee takes leave to attend proceedings associated with a crime.”

The U.S. Supreme Court ruled in May that sports betting is legal. Of course, Kentucky is late to the, uh… game and does not have rules to regulate it, let alone tax it… because Kentucky doesn’t need any more revenue! BR 15 would “limit uses of the sports wagering revenue to administrative costs, problem gambler treatment funding, and pension system funding.” BR 320 would “establish the sports wagering distribution trust fund and the uses of the fund.” We expect other bills and mashups during the session.

It is this simple: Poor people have trouble posting cash bail, which means they cannot go back to their families and work while awaiting trial to determine whether they are guilty. So, they lose their jobs. Republicans know cash bail hurts business, so they are out to change that. BR 493 would “provide that financial bail be solely imposed for ensuring a defendant’s appearance.” If a judge thinks the person will return and is not dangerous, they can waive a cash bail. Some prosecutors and judges are not fans of this reform.

No abortion, the x-treme edition

Even though courts have struck down similar laws, BR 823 would “prohibit a person from performing an abortion after the detection of a fetal heartbeat” with exceptions for medical emergencies. A fetal heartbeat can be detected as soon as six weeks after gestation. We say Goforth, who is running for governor, is not qualified to propose such a bill, since he obviously does not possess a heart to beat.•