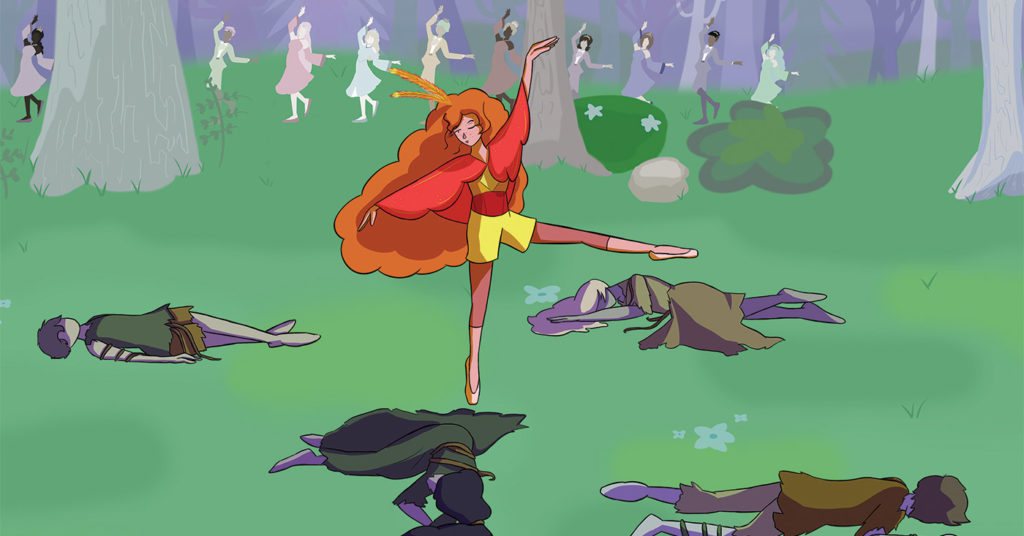 Five years ago, when the Louisville Orchestra unveiled its new logo (designed by Louisville firm Bandy Carroll Hellige), press reports noted the energetic style, the way the rising LO symbolized a conductor raising a baton and the way it highlighted the name of Music Director Teddy Abrams.

But it’s the plus sign that has come to signify the LO under Abrams’ leadership. In an era when many orchestras around the country are using reductionist strategies to maintain their connection to a shrinking audience, Abrams has embraced the plus sign with a generous combinatorial glee that has seen the Orchestra become the hub of a multifaceted collaborative community that defies any whiff of genre boundaries.

This week’s LO offering — entitled “Art + Music” — is the latest manifestation of that agenda and certainly ranks among the most adventurous programs in the orchestra’s history.

Some 18 months ago, during a visit to the gallery at the Kentucky College of Art + Design (another plus sign organization), Abrams was inspired to work with artists there to explore a novel way of connecting music with other arts.

“I was blown away by the quality of the work I saw there,” he recalled in a phone interview. “And I thought this would be the perfect organization to partner with to create something really special.”

Abrams envisioned a novel collaboration. “In the music world, so many times artists are hired to do something really specific. An opera company might hire artists to design a set or costumes, or maybe to create a video to accompany a piece of music. It’s usually a very specific type of marching order.”

Abrams wanted to turn that process inside-out. “We said to the artists, ‘Here’s the music. You dream up a way to experience that music, a way of experiencing the music that you find really fascinating.’”

The outcome of that idea is a program that brings together eight artists. It spans more than two centuries of music; It covers an eclectic range of styles (Handel, Schumann, Ravel, Stravinsky, Bartók, Ives and Mussorgsky). And it fuses all the pieces with newly created artworks expressed through sound and image — and aroma.

For Abrams, this is a project that takes orchestral music back to its roots in an era when music was not isolated in a concert hall, but was embedded in the day-to-day lives of the community. And it’s a return in spirit to the days when audiences expected and were excited to enter the concert hall and experience brand new works of art — the most recent offerings from the pens of composers like Beethoven or Tchaikovsky.

When I spoke with Abrams, rehearsals had not yet started and he was excited to experience the new works — nearly as unknown to him as to the rest of us. And he noted that this concert, even more than most, will showcase the formidable artistic skills of the entire Orchestra and Kentucky Center staff whose work in staging and shaping the sound and look of an orchestra concert often goes unnoticed.

Two of the collaborating artists are creating sounds to accompany the concert selections.

For the Fourth Movement of Schumann’s “Rhenish” symphony,  Josh Azzarella will translate the light waves created by the performers and their instruments into randomized sound designed to evoke the tinnitus and other aural afflictions that haunted Schumann’s life.

In a fresh approach to Charles Ives’s “The Housatonic at Stockbridge,” Charles Rivera is at once commenting on and emulating Ives’ own compositional style, which often explicitly imitated the sounds that Ives heard around him. Rivera is creating a sound collage that melds the sounds of Ives’ piece with harvested natural sounds and radio frequencies from near the concert hall.

Visual arts come to the forefront in five works.

Filmmaker Ron Schildknecht uses “The Fairy Garden” (from Ravel’s “Mother Goose Suite”) to explore “resignation syndrome,” a catatonic dissociative disorder that has impacted hundreds of young people who have arrived in Sweden after traumatic immigrations. Mariam Eqbal will use a mix of moving image projections and hand-drawn work to create work based on Abrams’ physical gestures while conducting “Alla Hornpipe” from Handel’s “Water Music.” Ricardo Mondragon will use an algorithm to create and project pixelated spectrograms based on the fourth movement of Bartok’s “Music for Strings, Percussion and Celesta.” Visual artist Anthony Schrag is creating a work that examines the hierarchical cultural relations among various art forms in response to a selection from Mussorgsky’s “Pictures at an Exhibition.”

Jace Stovall, whose work is steeped in the narrative aesthetics of animation, has created both a projected and a printed animatic storyboard that delves deeply into the cultural and artistic roots of Stravinsky’s “The Firebird” (“The Infernal Dance” is on the program) and reimagines the story with a new understanding of gender and power relationships.

And in a program with a focus on artistic synesthesia (a phenomenon where a person exposed to one sort of sensory stimulus experiences it as another, say by hearing sounds as colors), chef Taria Camerino brings a special insight. She is a synesthete. She experiences music, color and other sensations as flavors. For this program, Camerino is producing aroma cards based on Mussorgsky’s “Night On Bald Mountain.”

Face it. That’s some wild music — and you really want to know how it tastes. (“Night on Bald Mountain” will be performed on Saturday night, but not at the Friday Coffee Concert program.)