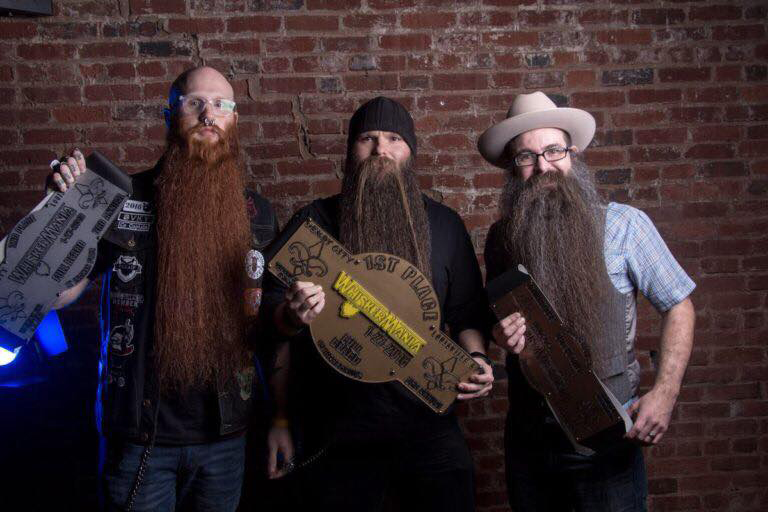 A Screening of ‘Labyrinth’
Louisville Palace
$19  |  8 p.m.
For a two-in-one deal, catch the puppetry and weirdness of the Jim Henson film, “The Labyrinth” —  screened in the lavish Louisville Palace — and get entry to the Battle of the Brits at Mercury Ballroom afterward, featuring regional musicians playing the hits of David Bowie and Queen.

Whiskermania 4
Diamond Pub Concert Hall
$15  |  5 p.m.-midnight
Things might get hairy. At Derby City Whisker Club’s fourth-annual facial hair competition, mustachioed gents and full fledged beard-wearers will go up against each other. It’s all for charity, too, with proceeds going to Active Heroes, a nonprofit aiming to end veteran suicide.

Fairness for All Exhibition — Opening Reception
Main Library, Louisville Free Public Library
Free  |  6 p.m.
In honor of the 20th anniversary of Louisville’s Fairness Ordinance, which granted anti-discrimination protections to LGBTQ individuals, the Louisville Free Public Library is opening an exhibit in its Bernheim Gallery. At its opening reception, early Fairness Campaign leaders and members of the 1999 Louisville Board of Alderman, the group that voted in the rule, will lead a history discussion. The reception will be catered.

Louisville Women’s Rally
Muhammad Ali Center
Free  |  1 p.m.
The Women’s March, inspired by Donald Trump’s 2016 election, continues, although this demonstration, hosted by Indivisible Kentucky, Planned Parenthood Advocates of Indiana and Kentucky and other local groups is not affiliated with the National Women’s March. What started solely as resistance to 45 has become “a movement to get more women and those who had been historically disenfranchised, to show their power at the polls.” Organizers ask you to stand with each other and show your power.

Power of Soul: Band of Gypsys Tribute
RYE
Free  |  7-11 p.m.
On New Year’s 1970, Jimi Hendrix debuted his new group, the Band of Gypsys and recorded a live album that pioneered a new brand of funk. DeBraun Thomas, a Lexington blues guitarist, hopes to recreate Hendrix’s iconic set with his own band of musicians. RYE’s beverage director and chef will both be serving up a special menu.